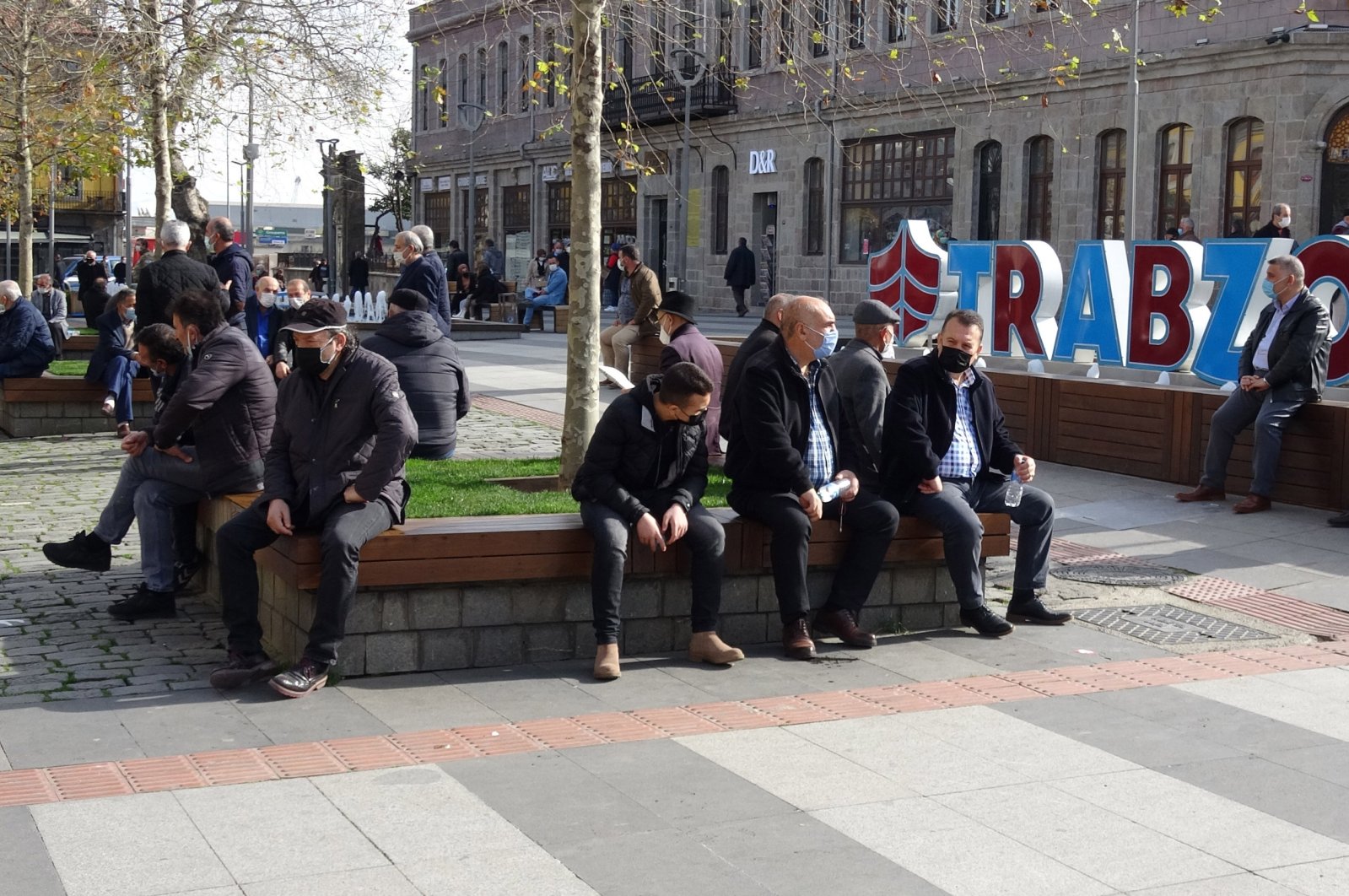 Turkey started announcing the average weekly number of coronavirus cases starting Monday in a bid to shape local policies to slow the outbreak. Figures show Trabzon, a major city in the northern Black Sea region, dominated last week in the number of cases and it was followed by other provinces in the region.

In Trabzon, the number of cases was 228.02 per 100,000 people, the highest in the country of more than 83 million people. Its eastern neighbor Rize followed with 202.44 people. Ordu, another Black Sea province, ranked third. The lowest average number of weekly cases was in the southeastern provinces of Şırnak and Hakkari, at 7.82 and 9.55 per 100,000 people, respectively.

The high number is attributed to social mobility in the region. Though its rural areas are sparsely populated due to mountainous geography, which provides a “natural” social distancing, the provinces are still hot spots for the outbreak. Authorities and experts associate it with crowded events, like funerals, mass visits for condolences and household visits, despite pleas to avoid them.

Trabzon, Rize and Ordu are already on alert as risk maps provided by the Health Ministry show locations of COVID-19 cases that recently turned red.

“People here feel somewhat relaxed as soon as the number of cases drop. We are not very cautious,” Haşim Islamoğlu, a Trabzon resident, told Demirören News Agency (DHA) Tuesday. “It is all about people heeding the rules. I see others wearing masks but they wear them under their chin. Others leave their nose exposed,” he said. Oğuz Şişman, another local, ties it to “good weather.” “It was like summer in winter and people rushed outdoors, to parks, to streets. They ignored social distancing and mask rules. Now, we suffer,” he lamented.

Sultan Aydın says no matter how many rules the state imposes, people tend to violate them. “Even if they follow the rules in public, they don’t do it while visiting friends, relatives at home,” she complained. Ömer Güney said weekend lockdowns are followed by a sudden urge to go out. “As soon as the curfew ends, people flock outside, like it is a prize for them for bearing with the curfew. Even before the start of weekend curfews, people travel to their villages, like there are no cases there. They feel freer to visit their relatives there and gather together. Rules are particularly ignored in villages,” he said.

“I don’t know why the numbers are high in Rize. It is much calmer than Ankara,” Ayşegül Şahin, a visitor from the capital, said about the Black Sea province. Remzi Er, another local, disagrees. “People are dangerously close to each other and sometimes, I even see people going out without masks,” he said. Süleyman Merdamed, another local, said people think they would not be affected. “Young people are especially careless. We should be aware now that this disease hits everyone,” he warned.

Turkey began a mass COVID-19 vaccination campaign on Jan. 14 starting with health care workers along with top officials to curb the pandemic. Since early December, it has also been implementing curfews on weeknights and partial lockdowns on weekends.