Over 1,000 patients have recovered from coronavirus in Turkey, health minister says 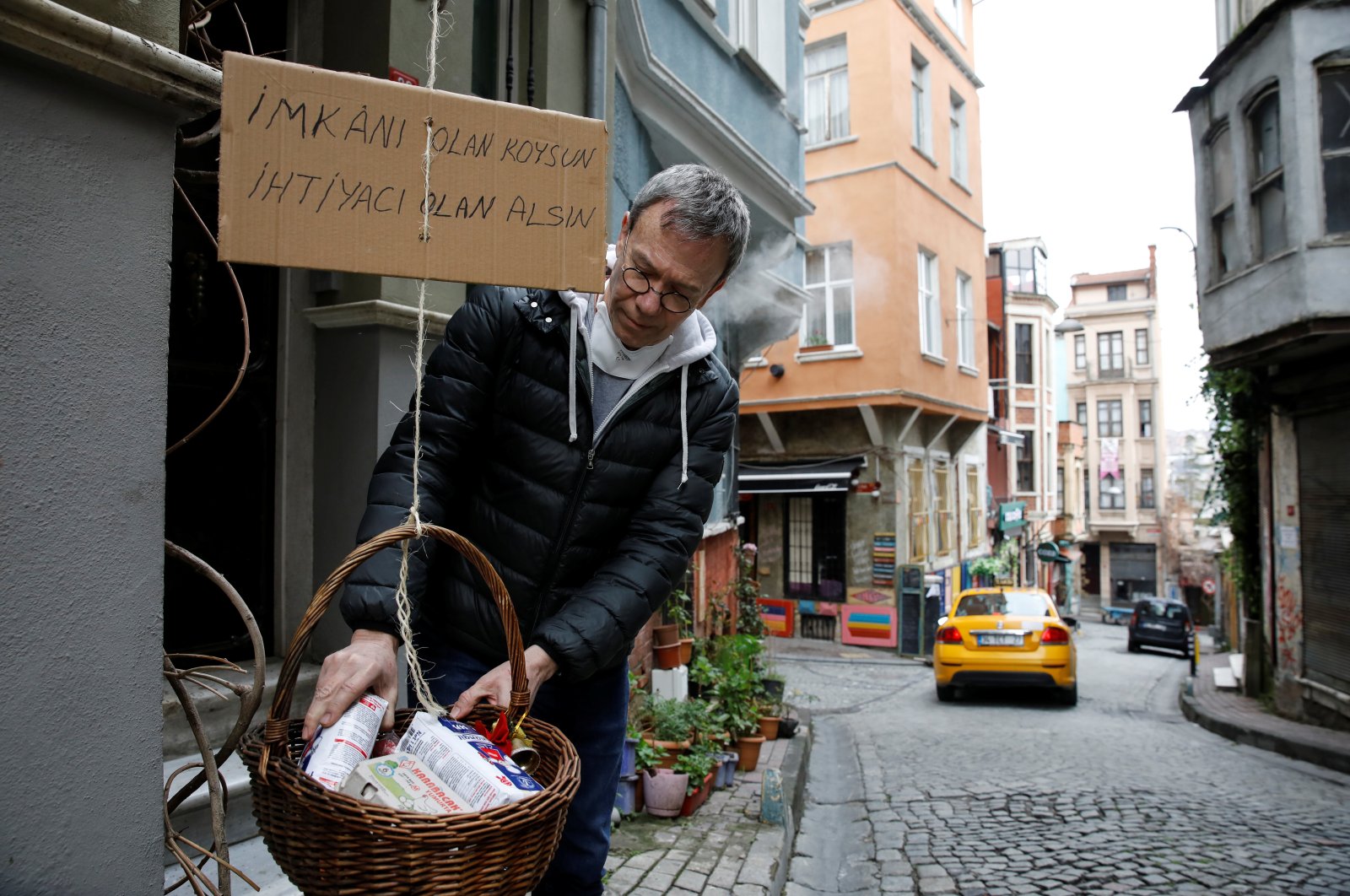 Jeffrey Tucker adds items to a basket he lowered from his window as a sign of social solidarity with poor and homeless people in need amid the coronavirus outbreak in Istanbul, Turkey, April 3, 2020. The cardboard reads, "Those who have the means, add. Those who need, take." (Reuters Photo)
by DAILY SABAH WITH AA Apr 05, 2020 8:03 pm
Edited By Gabriela Garver
RECOMMENDED

Turkey's daily coronavirus test numbers have reached 20,000 as the death toll rose to 574 after 73 people died from COVID-19 in the past 24 hours, Health Minister Fahrettin Koca announced Sunday evening.

Some 20,065 tests were conducted on Sunday, and the number of overall tests carried out so far reached 181,445.

The total number of confirmed coronavirus cases surged to 27,069 as 3,135 more people tested positive for the virus in a day, according to data shared by the minister on Twitter.

So far, 1,042 patients have recovered and been discharged from hospitals, while 1,381 patients are currently receiving intensive care, the data shows.

On a positive note, the rate of the increase in coronavirus cases has fallen to the lowest level since the beginning of April, according to official data.

After originating in China last December, COVID-19, the disease caused by the novel coronavirus, has spread to at least 183 countries and regions across the world, with its epicenter shifting to Europe.

The pandemic has killed more than 67,200 people and infected over 1.2 million, while nearly 253,000 people recovered from the disease, according to figures collated by the U.S.-based Johns Hopkins University.

Thirty-one of the country's 81 provinces are in lockdown as of Friday evening, barring people from leaving the cities in these provinces. Istanbul, Ankara and İzmir, the country's most populated provinces, are included in this quarantine.

Nationwide measures are added almost daily, while municipalities are taking their own precautions as well. Istanbul and Ankara do not allow citizens to use public transportation without wearing a mask.