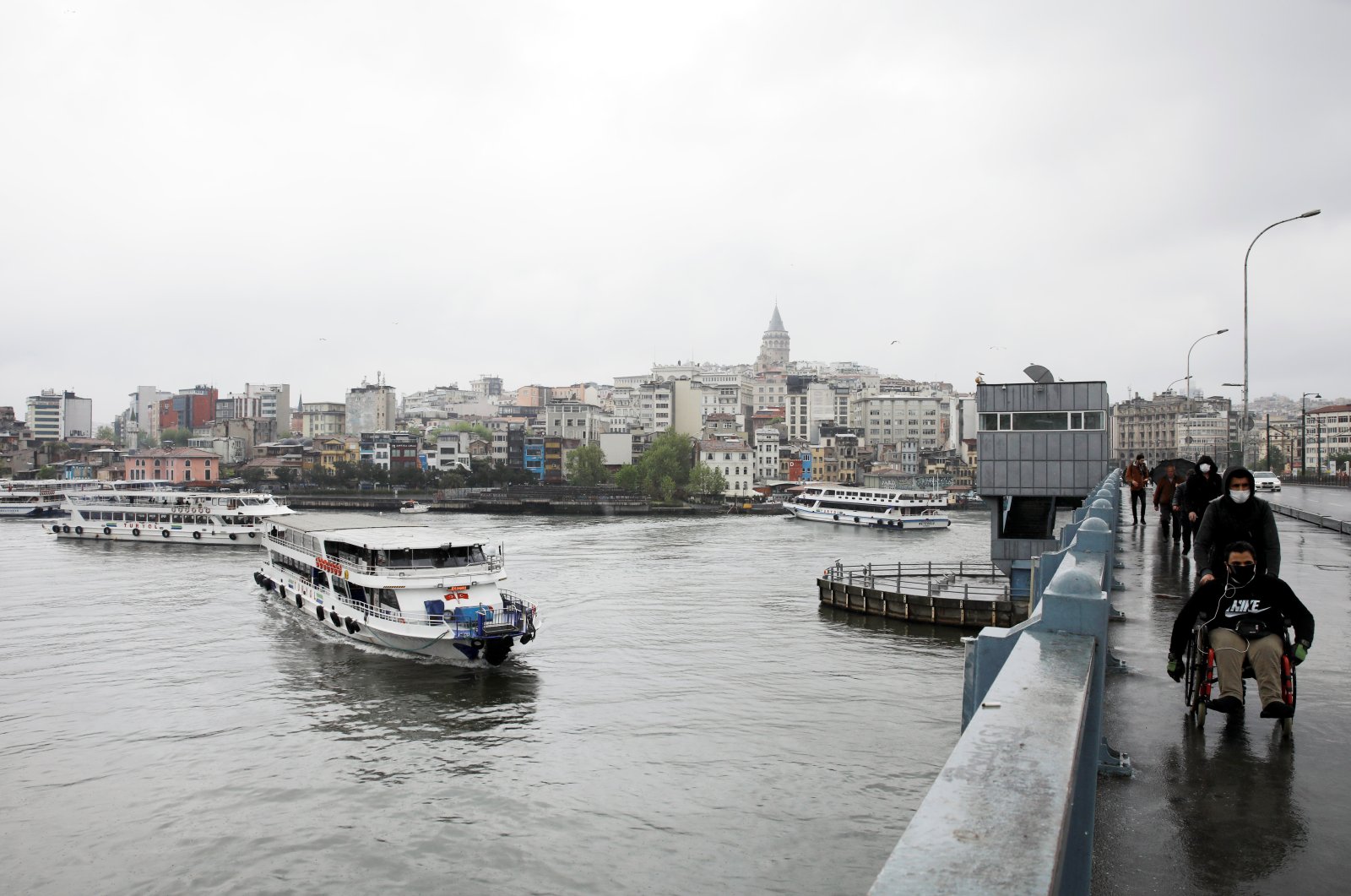 Boats sail along the Golden Horn and people walk on Galata Bridge, amid the coronavirus pandemic, in Istanbul, Turkey, May 4, 2020. (REUTERS Photo)
by Anadolu Agency May 04, 2020 6:09 pm
RECOMMENDED

Nearly 38,000 people in Turkey have been released from quarantine after spending two weeks under isolation in student dormitories, the country's Disaster and Emergency Management Authority (AFAD) said Monday.

The agency said that since the novel coronavirus pandemic began, 67,197 people across 77 provinces had been quarantined, most after being brought home from abroad.

It added that a total of 37,944 people had completed the 14-day quarantine and were released after testing negative for COVID-19. The return trips to their homes was free of charge and coordinated by AFAD. Some 1,990 AFAD personnel have served during the quarantine and release process.

The agency added that it had assisted social support groups, known as Vefa, with nearly 1,100 personnel and 446 vehicles. The two organizations have so far spent more than TL 68 million ($9.6 million) on senior citizens and patients of chronic illnesses, who are at particular risk due to the virus.

After Turkey declared a partial curfew for seniors and those with chronic diseases in March, the Interior Ministry established the Vefa groups to help them, particularly those who live alone. The team has helped more than 1.5 million seniors under lockdown.

As of Sunday, Turkey registered a total of 3,397 deaths due to coronavirus, whereas nearly 63,200 people have recovered from the disease. Currently, there are 126,045 confirmed cases in the country.

More than 3.52 million cases have been reported in 187 countries and regions since the virus emerged in China last December, with the U.S. and Europe the world's hardest-hit areas.

A significant number of COVID-19 patients, over 1.13 million, have recovered, but the disease has also claimed more than 248,000 lives so far, according to data compiled by the U.S.-based Johns Hopkins University.