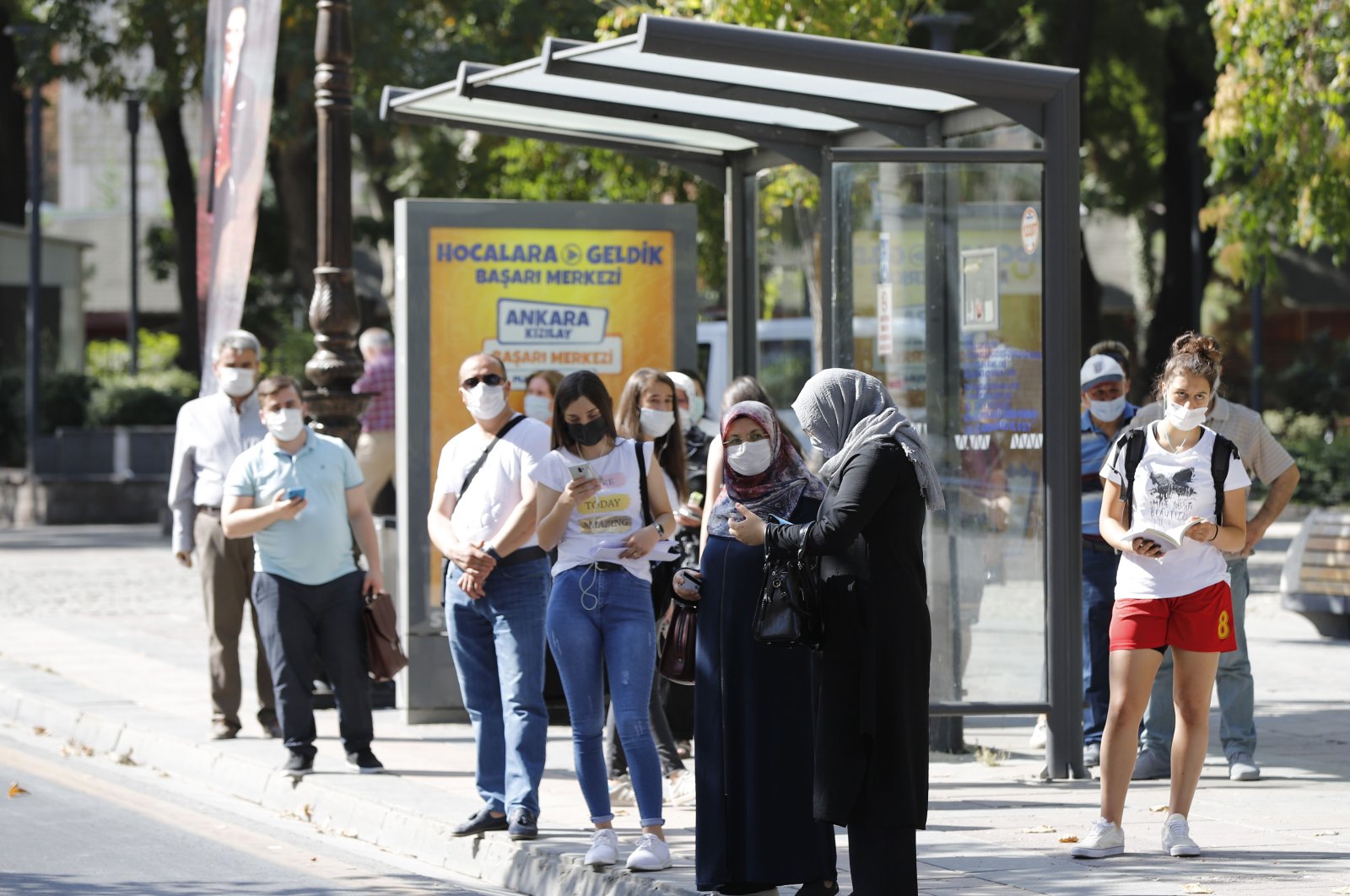 Turkey is experiencing a second peak in the coronavirus pandemic, but the outbreak is under control, Health Minister Fahrettin Koca assured the nation while repeating calls for compliance with measures

Amid the worrying trend in COVID-19 cases, Health Minister Fahrettin Koca urged the public Wednesday not to abandon measures and said the pandemic was under control despite regional exceptions.

Koca’s comments came hours before a new ban by the government on crowded events. The health minister was speaking after the weekly meeting of his ministry’s Coronavirus Scientific Advisory Board in the capital Ankara.

Turkey is going through the second peak of the first wave of the pandemic, Koca said. “As the public, we are apparently insensitive at times to the coronavirus, which has long been with us. The current stage of the pandemic (in the second peak) is the result of mobility and careless behavior at festivals and wedding celebrations,” Koca said, referring to last month's Muslim holiday of Qurban Bayram, also known as Eid al-Adha, when people flocked to vacation resorts and their hometowns. Weddings at which measures were disregarded are also blamed for the rising number of cases in some cities.

The Interior Ministry announced new restrictions starting Friday in all provinces, including a ban on traditional henna nights held before weddings and engagement ceremonies. The latest ban expands existing restrictions on these events from 14 provinces to 81 provinces. Weddings will be limited to just an hour and the chairs in wedding halls will be rearranged as per social distancing rules. The dance floors will be closed. All kinds of food and beverage service and catering, except packaged water service, will be prohibited, including meals at weddings. Citizens aged 65 and over and children under the age of 15 who are not first- or second-degree relatives of the bride and groom will be prohibited from attending weddings and related ceremonies. At least one public officer such as the municipal police will attend wedding ceremonies to inspect the measures.

Although Turkey eased a string of restrictions related to the virus, from weekend curfews to intercity travel, the mask requirement and social distancing rules remain in place. Security forces routinely conduct inspections in crowded areas and mete out warnings to those without masks, sometimes imposing fines. A nationwide, simultaneous inspection drive will be held again Friday by local authorities in each province.

Koca said the majority of the nation has heeded the rules since Day One, but the fight against the outbreak needs the “same sensitivity from each individual.” “Unfortunately, the number of patients and losses has increased again, like in the rest of the world,” Koca lamented.

Koca said the removal of restrictions in June was not the start of a “normalization” process and required great care. “We switched to a controlled social life and this was supposed to be a time when we would resume our lives, partially free and with utmost caution to our health. We were supposed to fulfill our wishes to return to the old days but with measures. We hoped this new era would be understood better by the public. It is obvious how ‘well’ it is understood. It hurts to see how people care less about measures while they are at vacation resorts, in entertainment venues, in the marketplaces,” he said.

“The outbreak continues without cessation. We increase the number of tests but the number of new patients does not decrease. This is a burden for our hospitals,” Koca warned. He said 29,865 health care personnel were infected so far and 52 among them died.

Koca noted that there is a possibility that COVID-19 cases will combine with seasonal diseases, but new measures have been taken against this situation. "No one has caught COVID-19 twice in Turkey, but this does not mean it will never happen," he said.

The minister stressed that the situation across the country is under control. There have been no serious increases in Istanbul, Trakya or the Aegean regions. "Unfortunately, there is an increase in Central Anatolia and the southeast. Ankara, Istanbul, Izmir, Bursa, Erzurum, Sivas and Kayseri are still among our high-risk provinces," Koca said.

According to Koca, the number of cases in Ankara is double in comparison to Istanbul. "We started to take measures in this regard," the minister said, adding that at the moment, they are not planning to impose curfew in those regions. Koca also said it was suggested by the Coronavirus Scientific Advisory Board that the first half of the football season should be continued without fans.