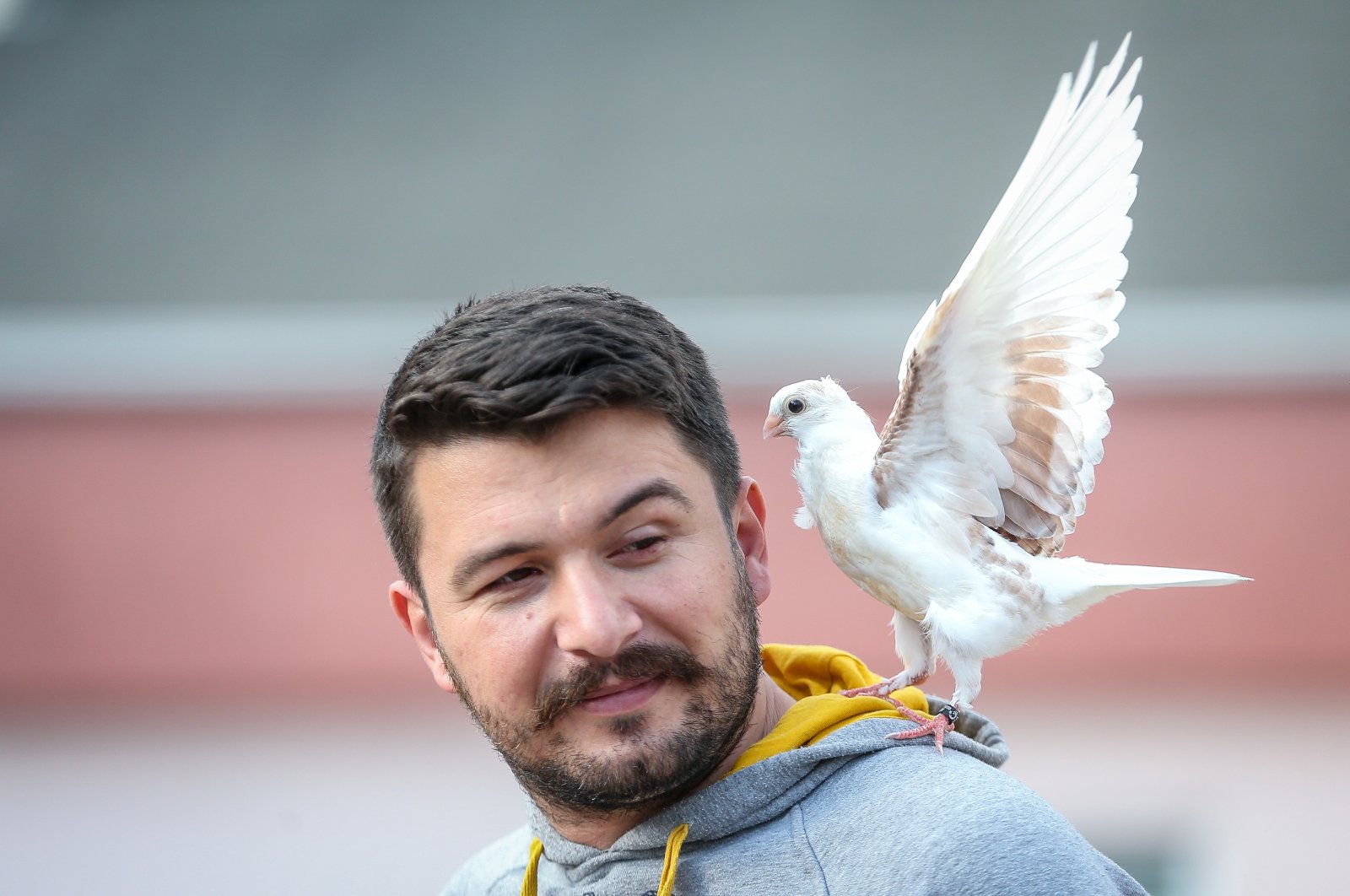 Followers of the heartwarming story of "Zibidi," an orphaned baby pigeon that was brought back to life by Turkish nature photographer Alper Tüydeş, is growing day-by-day on social media. Alper Tüydeş found Zibidi and its late siblings abandoned in March while they were still in their eggs, and he managed to save Zibidi's life by wrapping it with a towel and feeding it with water.

Tüydeş told Anadolu Agency (AA) that he found some pigeon eggs on the terrace of his house in Bursa, a city in northwestern Turkey, while he was about to remove the abandoned nest, and he tried hard to save the baby pigeon's life by providing it a warm place and water.

Later on, Tüydeş started to share the pictures of his newly adopted pigeon Zibidi, which means an eccentric and oddly dressed person, on social media. Thousands of people loved Zibidi and followed its health updates really closely.

Zibidi started a nearly 5 kilometers (3.10 miles) long journey among Turkey's cities with its new "mother" Alper Tüydeş. He said that they visited local authorities in the cities they passed through with Zibidi, and now the baby pigeon has its own fan club called the "Zibidi Fan Club."

"The bird I thought was dead 35-40 days ago is flapping its wings on my shoulder today. It has come thousands of miles and won the love and admiration of thousands of people. Everyone is curious about it, wants to see it," he added.

Tüydeş said that he brought Zibidi, who had just begun to fly, together with other pigeons to facilitate the adaptation process.