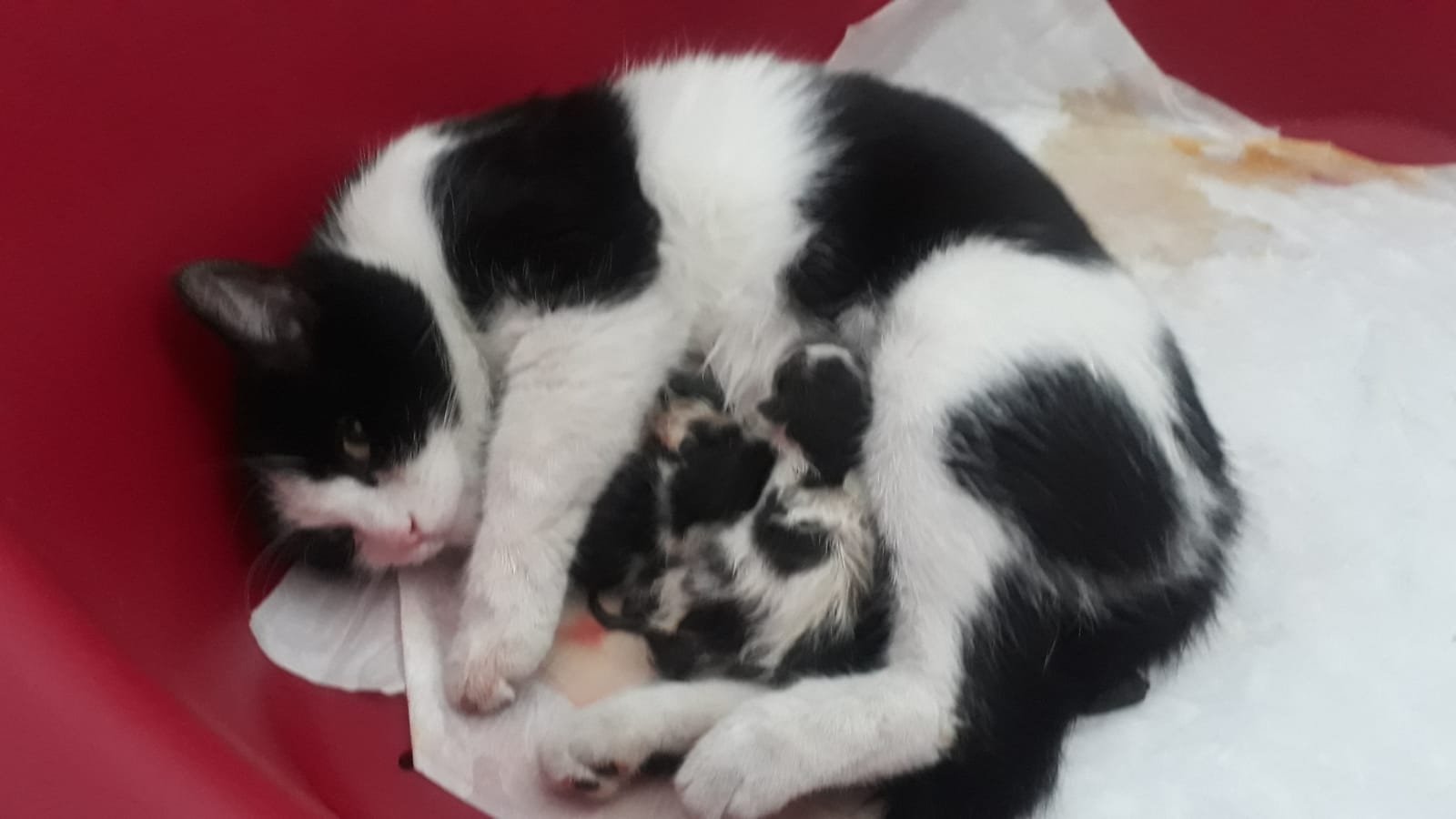 Staff at a private hospital in the northern province of Bolu admitted an unusual patient on Wednesday. A cat with black stripes mysteriously found her way to the maternity ward of the hospital, with staff noticing on its arrival that she was pregnant.

The local municipality's veterinary services were notified and the cat was taken to an animal hospital where she gave birth to three kittens.

All four are reported to be in good health and will remain at the animal hospital for further care.

It is unclear how the cat knew where to go to deliver her kittens, but the incident comes one month after two calves showed up at a veterinary clinic in the eastern province of Kars, whose video went viral.