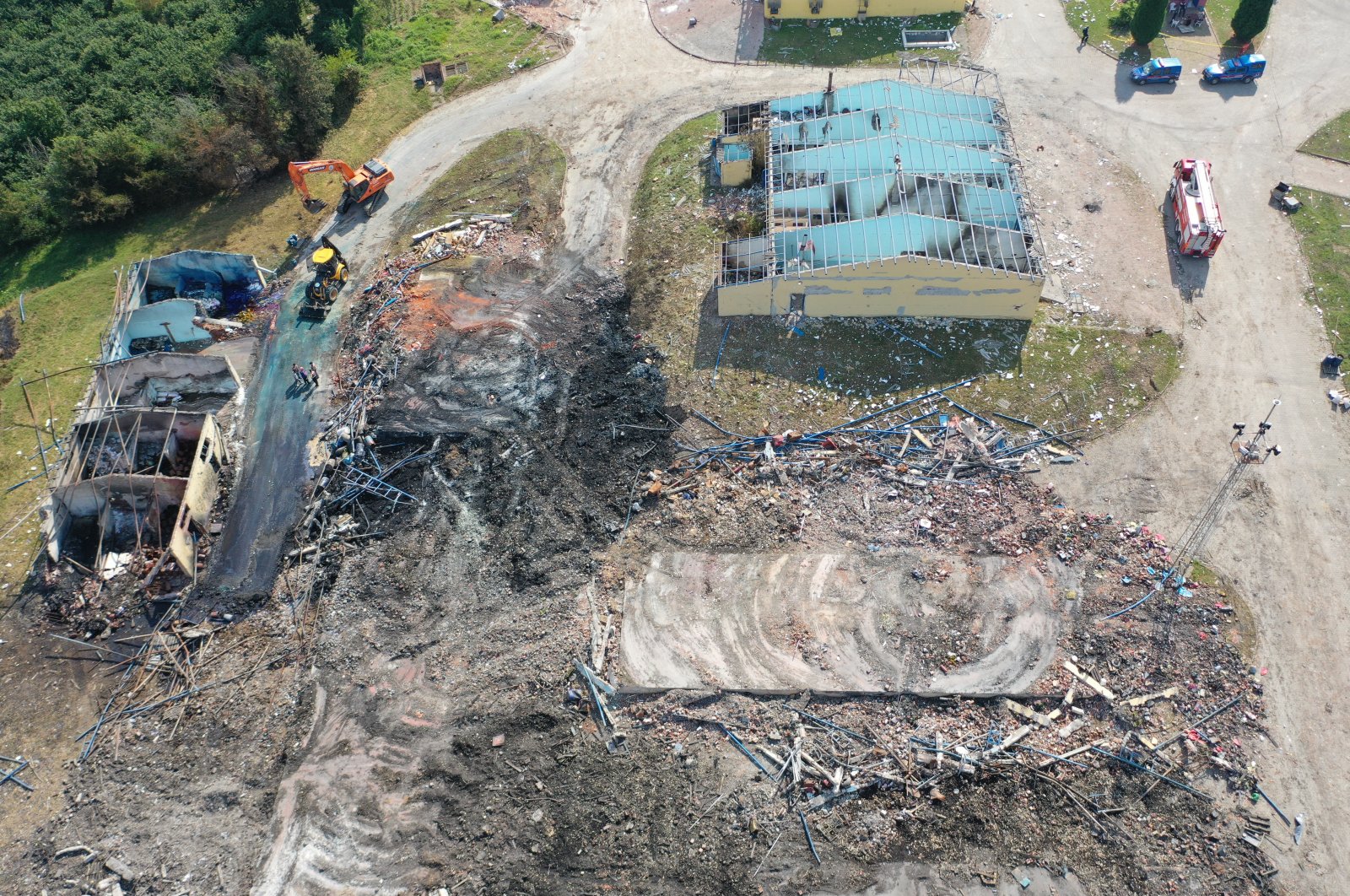 Authorities announced Monday that a deadly blast in northwestern Sakarya at a fireworks factory last Friday was not the result of sabotage or an attack.

“Children of Fire,” a relatively unknown group linked to the terrorist group PKK, has claimed responsibility for the fire which devastated the factory and killed six people. Authorities have launched an investigation into the incident and detained three people, including the factory manager and two foremen.

State-run Anadolu Agency (AA) reported Monday that officials took samples from the blast site and investigated them at a criminal investigation laboratory of Gendarme General Command in the capital Ankara. There was not any trace of explosives or any other material that would accelerate the fire, according to the investigation. Initial findings show the blast was “an accident.” The Interior Ministry had assigned a team of inspectors to the case, and a probe is still underway.

“Children of Fire” had previously claimed factory fires and the slashing of car tires in a district of Istanbul. The group claimed responsibility for starting 27 separate fires in western metropolitan cities between July 11 and Aug. 24, including the one in western Izmir province last year that damaged more than 500 hectares (1,235 acres) of forest in the Karabağlar, Menderes and Seferihisar districts. Yakup Akman, a PKK-linked suspect, was sentenced to life in May for setting a forest on fire in Istanbul in September 2019.