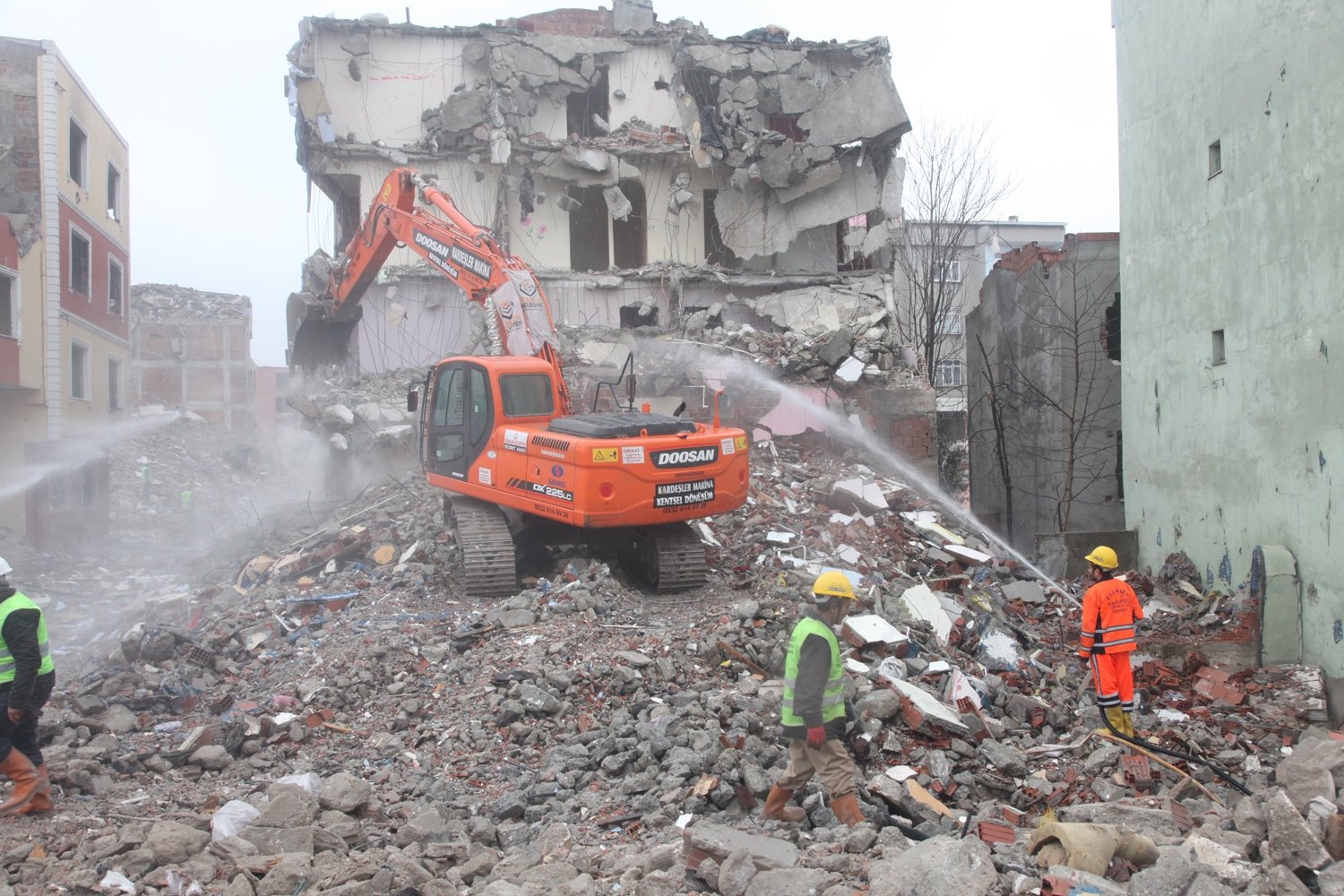 Workers demolish a building for an urban transformation project in the Esenler district, in Istanbul, Turkey, Mar. 25, 2017. (PHOTO BY FURKAN KARA)
by DAILY SABAH WITH AA Nov 08, 2020 3:26 pm
RECOMMENDED

Over the last eight years, the ministry has evacuated or demolished 673,000 of those units, while works on the remaining structures continue.

The government has allocated more than TL 15 billion ($1.7 billion) for "urban transformation" projects that covered some 5 million people in more than 1.3 million housing units. The operation aims to provide safe homes for at least 45% of the population.

Following new laws and studies over the past decade, Turkey determined it had 269 risky regions in 59 provinces. The nation then set up "reserve" spaces for the construction of safer buildings in 67 provinces.

Along with replacing unsafe buildings, the country created transformation schemes for its southeastern provinces that were damaged in PKK terrorist attacks.

The multi-pronged approach involves renovating buildings and spaces that are at risk of earthquakes, transforming areas that are threatened by floods and landslides, updating historic downtowns and squares, and moving industrial areas out of cities.

Turkey is crisscrossed with active fault lines that occasionally generate devastating earthquakes. Floods and landslides are also common, especially in the northern regions of the country. A growing population that is now concentrated in its cities after five decades of migration, haphazard zoning regulations and concessions to the public in illegal construction worsened housing safety for a time, making it a nearly impossible problem to solve.

A 1999 earthquake that killed thousands of people in northwestern Turkey was a wake-up call for the state to transform housing concepts across the country. The Housing Development Administration of Turkey (TOKI) undertook the work and sped up the construction of thousands of new houses in the past two decades.

The project is key for limiting or eliminating fatalities and damage in future disasters. The earthquake in Izmir, which killed 114 people, laid bare how unsafe construction aggravated the damage and deaths. Reports by researchers after the tragic event point to "deficiencies" in the collapsed structures and risky ground conditions in the Izmir earthquake.

Some buildings were constructed in areas that were once orchards and swamps. One such report by Gazi University in the capital Ankara shows that the reason the quake was felt most in Bayraklı, an Izmir district more than 70 kilometers (43 miles) from the epicenter, was "soft" ground, buildings not resistant to seismic events and poor-quality cement used in the construction. None of the buildings had a proper basement floor that would limit damage, according to the report. It also pointed out that the region is known for fault lines that can cause tremors of such magnitude. Experts found that the high level of groundwater in Bayraklı led builders to construct only "artificial" foundations for buildings.