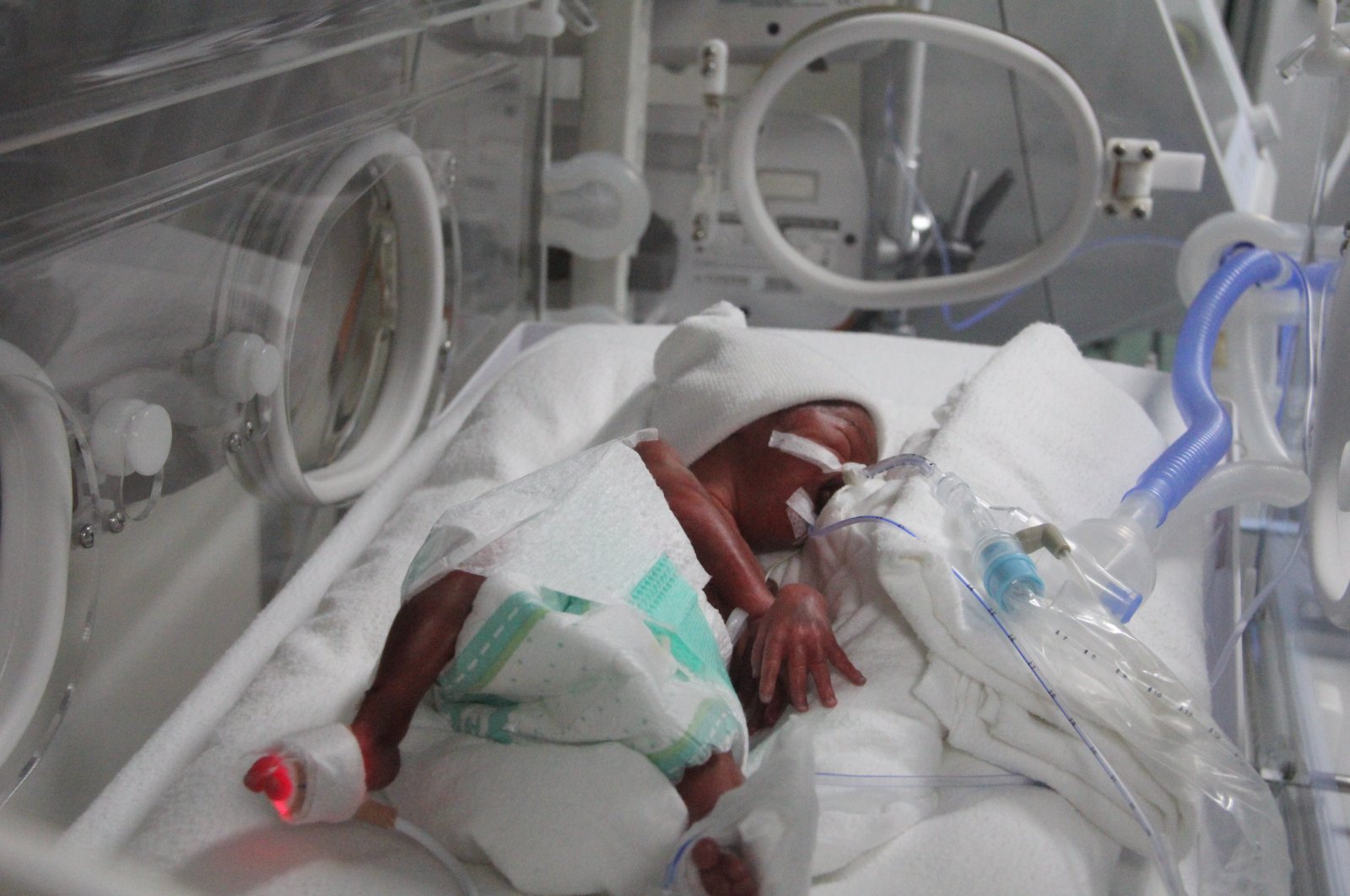 Fleeing war in Idlib, pregnant Syrian mother Iman Bayasah decided to settle in Turkey to give birth in a country where her children would have a better life.

The young woman gave birth to sextuplets on March 16 at a hospital in the southern city of Mersin where her parents live.

Though one baby did not survive, Bayasah’s three newborn boys and three daughters cling to life.

The infants remain in the intensive care unit after a difficult birth, but doctors say their health is fine and predict they will recover in about three months.

Bayasah now hopes to reunite with her husband and her 1-year-old son she had to leave in Idlib and requests Turkish authorities' help to bring them to Turkey.