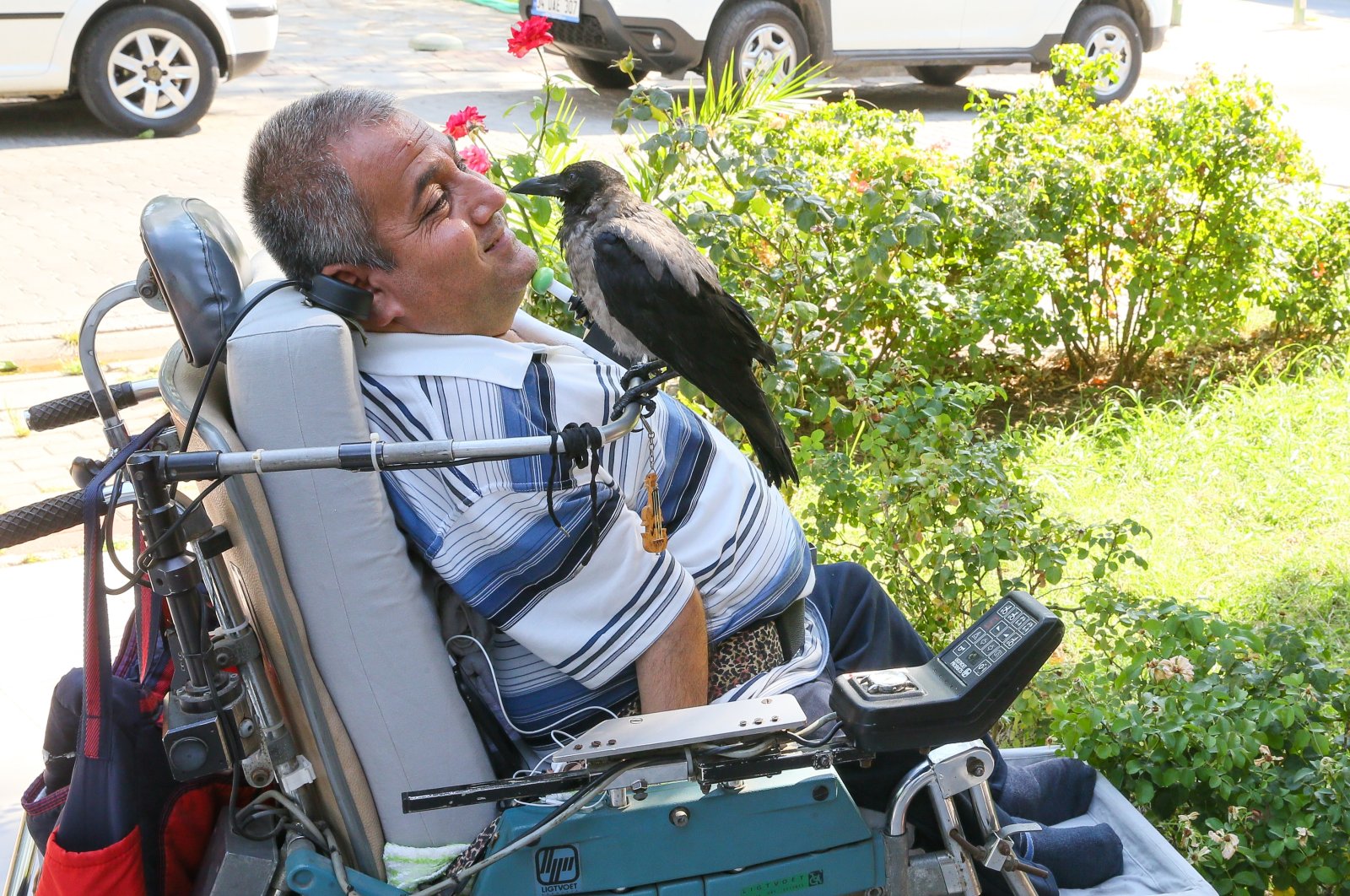 Murat Duran did not know he would have a new friend when he came across Şakir. The latter was crawling on the ground with no strength to fly. Three months later, the crow, nursed back to life by the Duran family, is an inseparable part of his life.

Fifty-year-old Duran who is confined to a wheelchair rarely spends a day without the crow perching on his shoulder now. Either at home or in the musical instruments shop he runs in the western Turkish city of Izmir, the crow appears to adjust to his new life in the company of his human friend. “I fed it and helped it to learn to fly again. It was simply hungry and lost weight. It now flies properly,” he said. Though it spends nights elsewhere, Şakir does not leave the company of Duran during the day. “It disappeared once and we discovered another family found and cared for it. It returned later. This is such a loyal bird,” he told Anadolu Agency (AA).