Restrictions prevail but life goes on in virus-hit Turkey 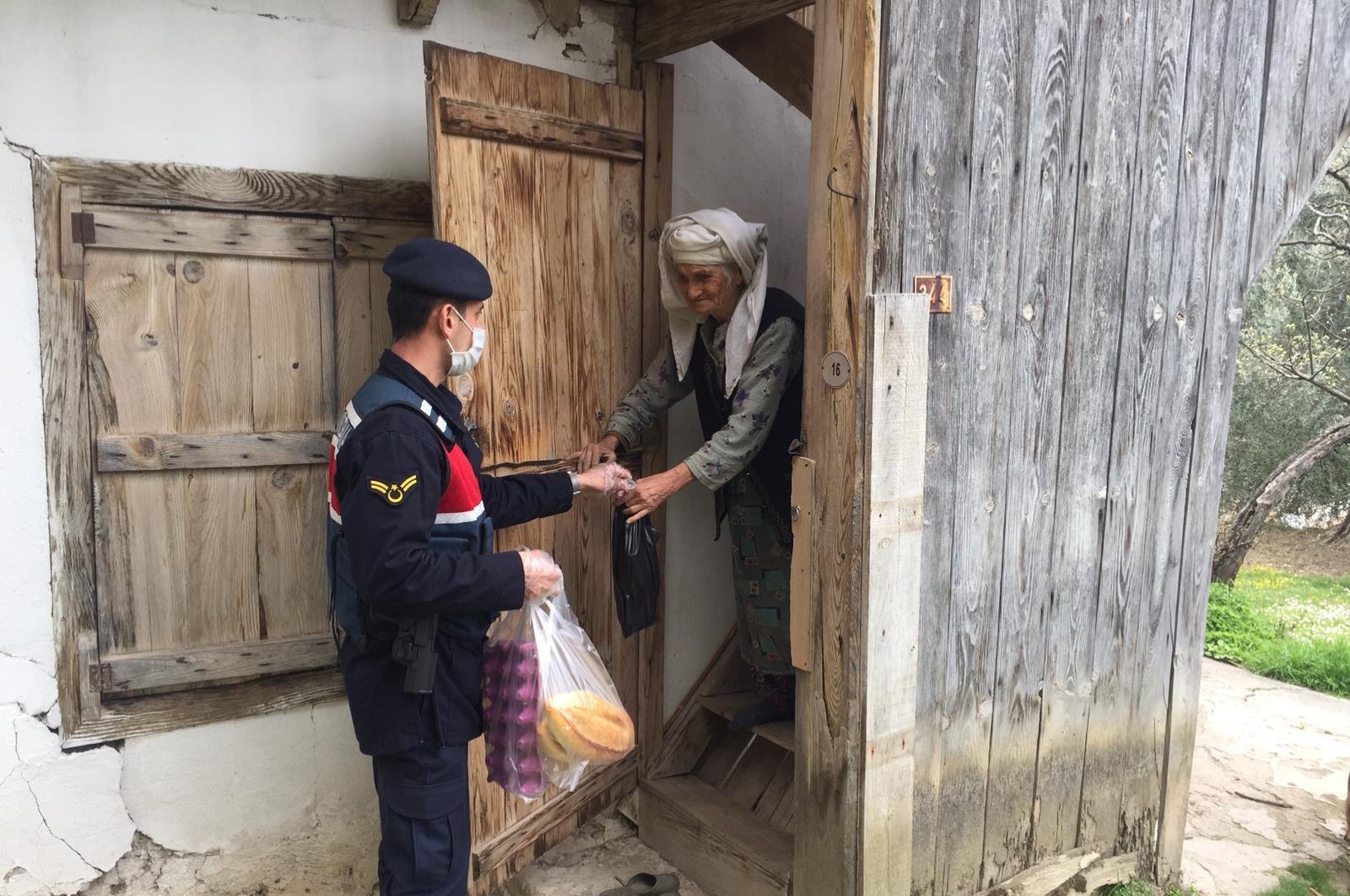 Turkey’s trial by coronavirus outbreak continues, as do the measures hampering daily life. Fewer people go out nowadays, while the elderly, subject to a curfew, have received overwhelming public support

"Vefa" means many things in Turkish – fidelity, faithfulness, loyalty and consistency in love. For senior citizens, it is the name of a lifeline amid the curfew over the coronavirus outbreak.

As the death toll from COVID-19 mounts, Turkey has taken strict measures while struggling to keep daily life going for millions. The most bustling spots of the country have fallen quiet due to the “stay at home” campaign by the government. For citizens 65 and above, a 24-hour curfew was imposed as senior citizens are considered the most vulnerable to the virus.

The government set up “Vefa” social support groups all across the country to address the needs of senior citizens confined to their homes. Comprising of local governorate officials, police and gendarmerie units, the groups regularly pay visits to residences of the elderly and cater to their needs.

Senior citizens can also call police, gendarmerie and emergency hotlines, which have been established to assist with their shopping needs. Daily use items and medications are delivered to their doorstep. Those who need to withdraw their pensions from ATMs are accompanied by police officers outside and brought back home while impoverished senior citizens are provided with cash aid. Teams set up by municipalities shop for groceries for the elderly if they request.

COVID-19, which has claimed 44 lives in Turkey, also took the lives of Turkish citizens abroad. At least 32 citizens living abroad have died so far due to the coronavirus, Foreign Minister Mevlüt Çavuşoğlu said Wednesday.

The minister said the majority of the deceased lived in Europe and that some families requested the bodies be brought back home but did not provide any additional details.

Speaking about evacuations, Çavuşoğlu said 2,721 Turkish students from eight countries were brought back on 11 flights on Tuesday.

“They have been placed in 14-day quarantine in dorms in Samsun, Sakarya and Sivas provinces,” he said.

He said the ministry is also coordinating efforts to facilitate the return of foreign citizens to their homes. Earlier, the government had announced that more than 11,000 people were placed under quarantine after they were brought back from abroad.

Çavuşoğlu said the Foreign Ministry’s hotlines in consulates were working around the clock to provide assistance to citizens, and they have received more than 30,000 calls so far about the coronavirus outbreak. “We don’t want to leave our citizens abroad alone, but it wouldn’t be realistic to say that we can bring every citizen abroad to Turkey. We urge Turks abroad not to go out unless necessary,” he said.

Health Minister Fahrettin Koca announced late Tuesday that the total number of cases rose to 1,872 across Turkey. “We have conducted a total of 3,952 tests in a single day. We lost seven patients. One of them was a COPD (chronic obstructive pulmonary disease) patient, while the others were senior citizens,” he added. COPD is a type of often-fatal, obstructive lung disease characterized by long-term breathing problems and poor airflow. “We are as strong as the precautions we take,” Koca concluded. A total of 27,969 coronavirus tests have been conducted so far all over Turkey.

Interior Minister Süleyman Soylu said in a televised interview on Wednesday that most people were complying with recommended and imposed social distancing measures to curtail the spread of COVID-19, eliminating the need for a wider curfew.

The country already shut schools, cafes and bars, and recently ordered restaurants and similar establishments to only serve takeout food. Mosques were closed to mass prayers while almost all sports events were canceled. Flights were suspended with dozens of countries.

Soylu said that since the restrictions were put in place, the number of passengers on intercity buses had fallen 83% and traffic intensity within 15 major cities had fallen 65%. "So far, our citizens are complying to the highest level with all the measures we have imposed. This is a particularly good point for us. As long as citizens observe their own emergency rules themselves, it may not be necessary for now to take tighter measures," Soylu said.

The coronavirus outbreak and unprecedented measures against it also lead to unexpected changes in the lives of families. Pahram and Maliha Koshtinetikhosa saw it firsthand when they were separated from their daughter. The Iranian couple living in southern Turkey’s Antalya had left their 8-year-old daughter Sorosha at home with their friends to complete the sale of their property in Iran on Feb. 9. They were scheduled to return three days later, but Iran ordered mandatory quarantine for the couple, like all other Iranian citizens arriving from abroad.

Just as their quarantine of 14 days ended, Turkey closed border crossings with Iran as the virus cases in that country suddenly mounted. The couple was not allowed back into Turkey, while their daughter, who suffers from a blood-related disease, had to skip her routine treatment which requires monthly permission from her parents. The couple appealed to authorities to allow them back into Turkey or help with sending their daughter to Iran.

When their story made headlines, Foreign Minister Çavuşoğlu interfered and instructed authorities to allow Sorosho to travel to Iran. The young girl, in the company of the family taking care of her, entered Iran via the Esendere border crossing on Wednesday. The family thanked Çavuşoğlu and other authorities for helping them and said they were looking forward to returning to Antalya to resume their life in Turkey.

People line up for tests

Some complied with the 1-meter social distancing rule, while others simply ignored it while awaiting applications for the test. Most had complaints of high fever, cough and respiration problems, though not all of them at the same time. All are symptoms of the coronavirus.

Murat Kaya, who was suffering from high fever, said he felt unwell on Tuesday night and decided to visit the hospital. “I am not anxious. I believe I can recover even if I have coronavirus,” the 40-year-old man told Anadolu Agency (AA). Kaya said he stuck to hygiene rules for the past two weeks and was following a proper diet. “I always use cologne and do not go out unless necessary,” he said. Canan Tan, another applicant, said she stayed home last week but decided to visit the hospital for a test when she started coughing on Tuesday.