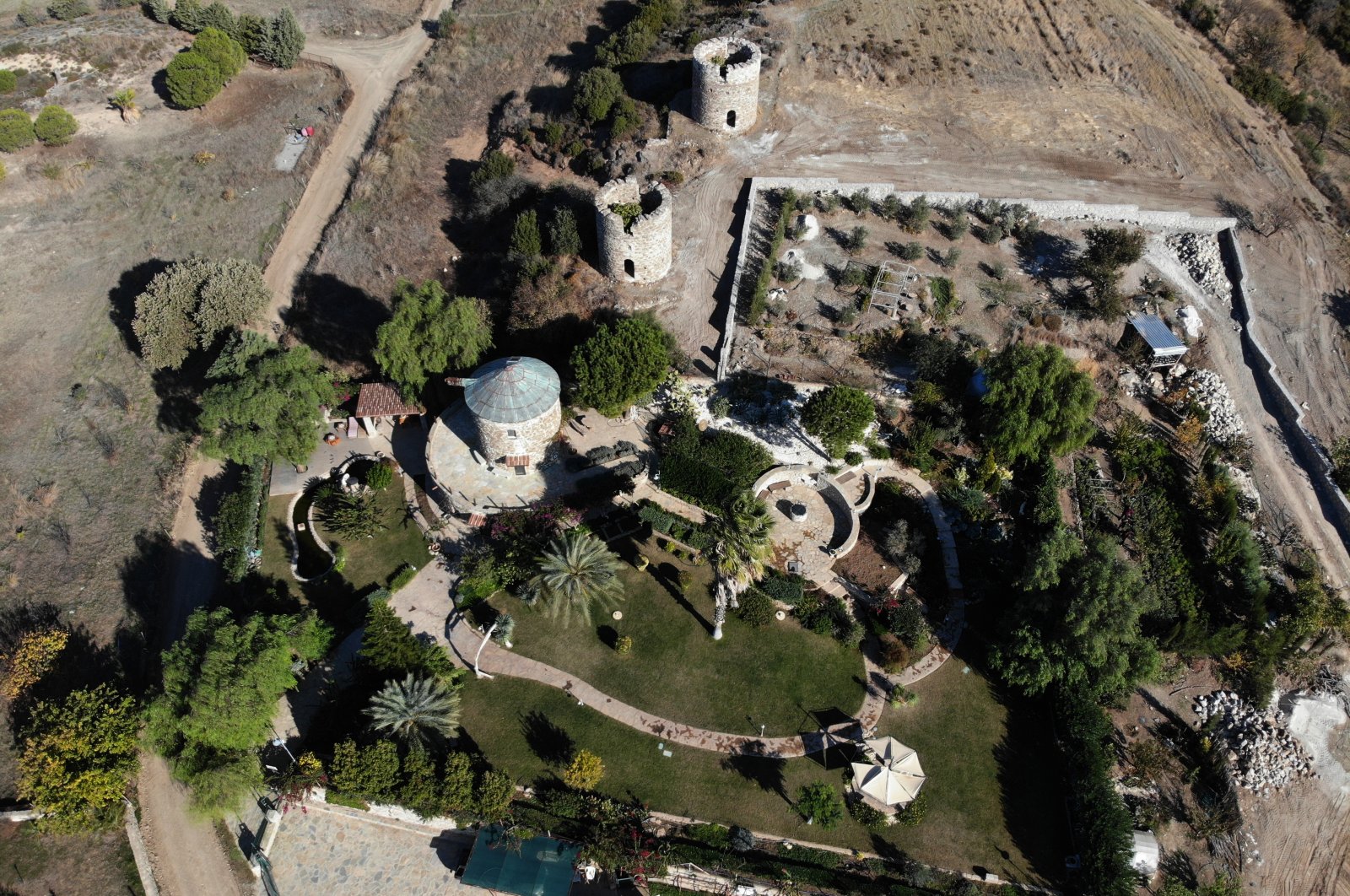 A retired 81-year-old colonel living in Datça district of southwestern province Muğla is working to leave the world greener for future generations.

Ali Avseven, who retired from the Turkish Armed Forces (TSK) in 1993, settled in Datça after undergoing brain surgery 10 years ago. On the advice of his doctors, he began to spend the majority of his time outdoors in nature. Avseven restored a historical windmill, a symbol of the district, and settled there.

Planting pistachio pine seeds in his garden, Avseven, who is also a member of the Turkish Foundation for Combating Soil Erosion for the Reforestation and Protection of Natural Habitats (TEMA), began planting the sprouted saplings in desolate plots of soil. He also began gifting the saplings he had grown to those around him – hoping to instill in them his love of nature.

Speaking to Anadolu Agency (AA), Avseven said 10 years ago was a difficult point in his life due to his health problems and that he decided to adapt his lifestyle to cater to his love for forests and nature.

"I bought one of Datça's historical windmills. I settled here after its restoration. I created a large forest with around 5,000 pistachio pine trees, which I grew in the first five years,” he said.

The retired officer said the saplings he cultivated have been in municipality forestation campaigns, adding that sometimes both locals and tourists give him saplings.

Explaining that the saplings no longer fit in his garden, Avseven said: "My first goal was to grow and distribute 5,000 pistachio pines. I did this to keep alive the memory of my wife, who passed away."

On top of Avseven's personal efforts to protect the country's greenery, the government has stepped up efforts to preserve and expand its forests amid a construction boom and concerns over global warming. It is also pursuing a campaign to boost the production of saplings and increase revenue from forestry products, namely fruit and honey production, for villagers. Thousands of forests were created in rural areas to generate extra income for farmers.