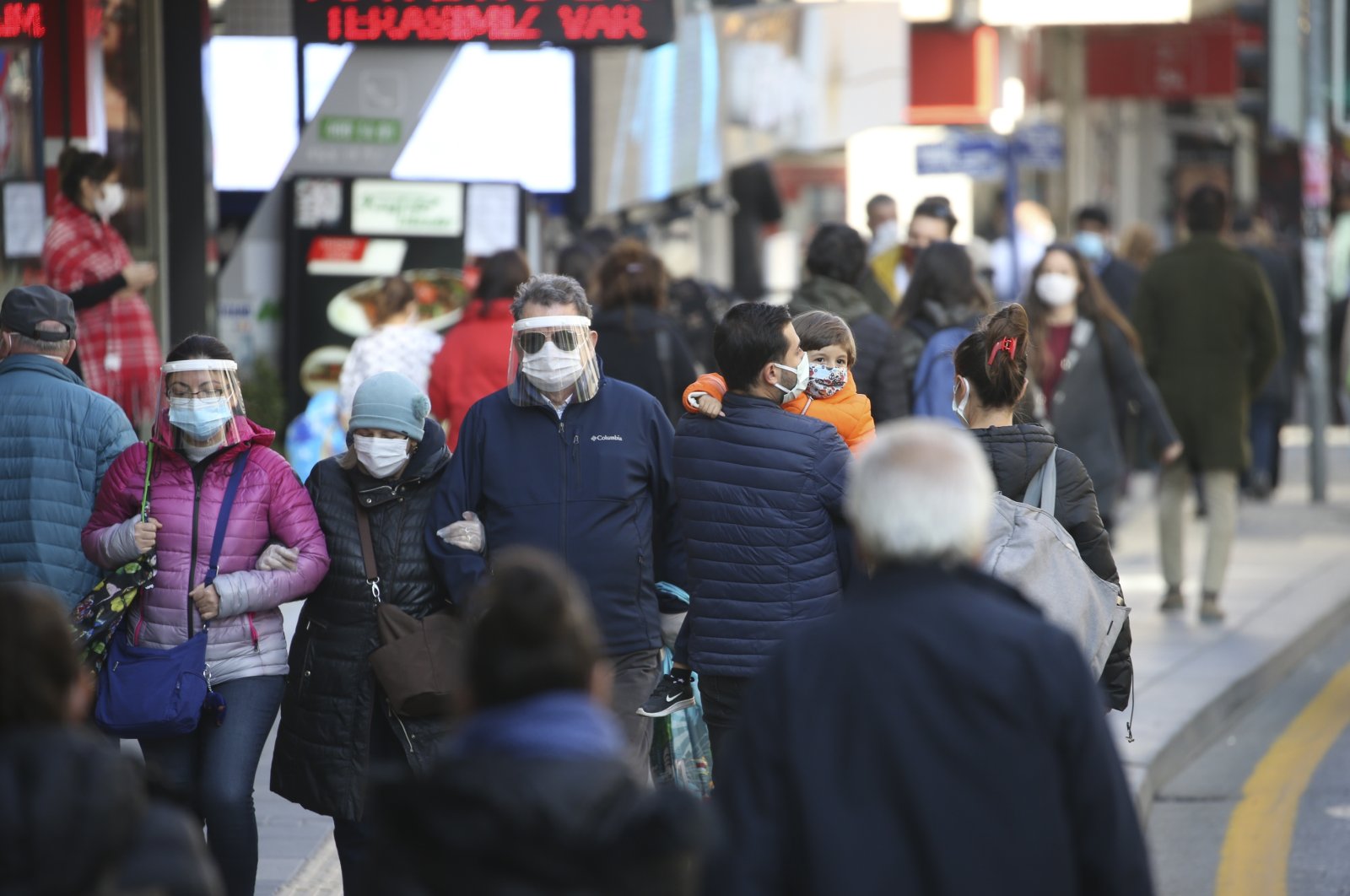 Fast-rising infection rates across much of the country’s crowded cities forced the government’s hand to reintroduce restrictions, Health Minister Fahrettin Koca said Wednesday, as he warned more measures could be on the way.

Despite its best efforts to avoid resorting to draconian measures, Turkey announced sweeping restrictions on Tuesday to keep the surging coronavirus cases in check.

According to the new measures, first announced by President Recep Tayyip Erdoğan and later revised by the Interior Ministry, a partial curfew from 8 p.m. to 10 a.m. will be imposed nationwide on weekends.

Schools will remain shut for the remainder of the first semester, with students switching to online education. Restaurants and cafes will be barred from hosting customers and will only be allowed to provide delivery and takeout orders.

Businesses such as grocery stores, shopping malls and hair salons had their operating hours limited to 10 a.m. to 8 p.m. Restaurants and cafes will be able to serve takeout orders during the daytime hours and will switch to delivery-only after 8 p.m.

During his announcement, Erdoğan said the previously introduced curfew for senior citizens who are 65 and older would be expanded to include youth aged 20 and below. However, the Interior Ministry on Wednesday revised the rules of the curfew for those age groups, allowing senior citizens to go out between 10 a.m. and 1 p.m., while people aged 20 or younger will be allowed out from 1 p.m. to 4 p.m.

Other measures include the closure of traditional Turkish tea houses until further notice, as well as shutting down cinemas until the end of the year. All sports events will continue to be held behind closed doors.

Speaking during a planning and budgetary meeting in Parliament, Koca said the restrictions came after the upward trend in infections in crowded cities such as Istanbul, Izmir and Bursa expanded across the country.

“While we are able still to shoulder the burden (of current cases), it has become inevitable to introduce radical measures to alter the course,” Koca said.

Like the rest of the world, Turkey has been witnessing a resurgence in coronavirus cases with the arrival of winter and the accompanying flu season.

Despite being able to keep daily COVID-19 patient numbers below 2,000 until mid-October, the outlook of the crisis steadily worsened for the past few weeks, with the daily figures reaching their highest since April.

As of Wednesday, Turkey’s death toll from COVID-19 stood at 11,704, while the total number of coronavirus patients was reported as 421,413. The Health Ministry data showed 359,063 patients have recovered so far.

Speaking about Turkey’s action plan against the pandemic, Koca said Ankara was among the few governments in the world that acted with timely steps during the initial months of the outbreak, while other nations were taken by surprise.

According to the minister, the first wave of restrictions during March, April and May allowed the country to keep infections from spiraling out of control, which in turn helped the Health Ministry expand its testing capabilities and amass drugs and personal protective equipment (PPE), as well as establish contact tracing teams.

After the first wave of the outbreak was brought under control, Turkey reinforced its health care system by expediting the completion of city hospitals under construction, as well as building pandemic hospitals from scratch.

The minister said while Turkey hoped to manage the second wave of the outbreak without draconian measures, something most countries had already done in prior weeks and months, the failing attempts to control the rise in cases brought the restrictions back.

“It seems we will have to discipline our lives for a while longer,” he said.

"We expect our 83 million citizens to do their part in following these measures. Only if we work together can we bring this crisis under control," he said.

Koca said he didn’t believe further restrictions would be necessary if the preexisting ones are adhered to.

"If people fail to follow these precautions, new restrictions will be unavoidable," he said.

In line with the minister’s warnings, a member of Turkey’s Coronavirus Scientific Advisory Board said the impact of the new restrictions would be observed in the next seven to 10 days and further measures could be introduced if the results are unfavorable.

“We will be able to assess the outcome of the new measures in seven to 10 days. If we don't see the desired results, then we will have to suggest even harsher restrictions, ones that may be too hard to enforce,” professor Ateş Kara told broadcaster NTV.

"Our losses are getting heavier. We keep losing our loved ones. But we can stop it by wearing a mask and practicing social distancing," he said.