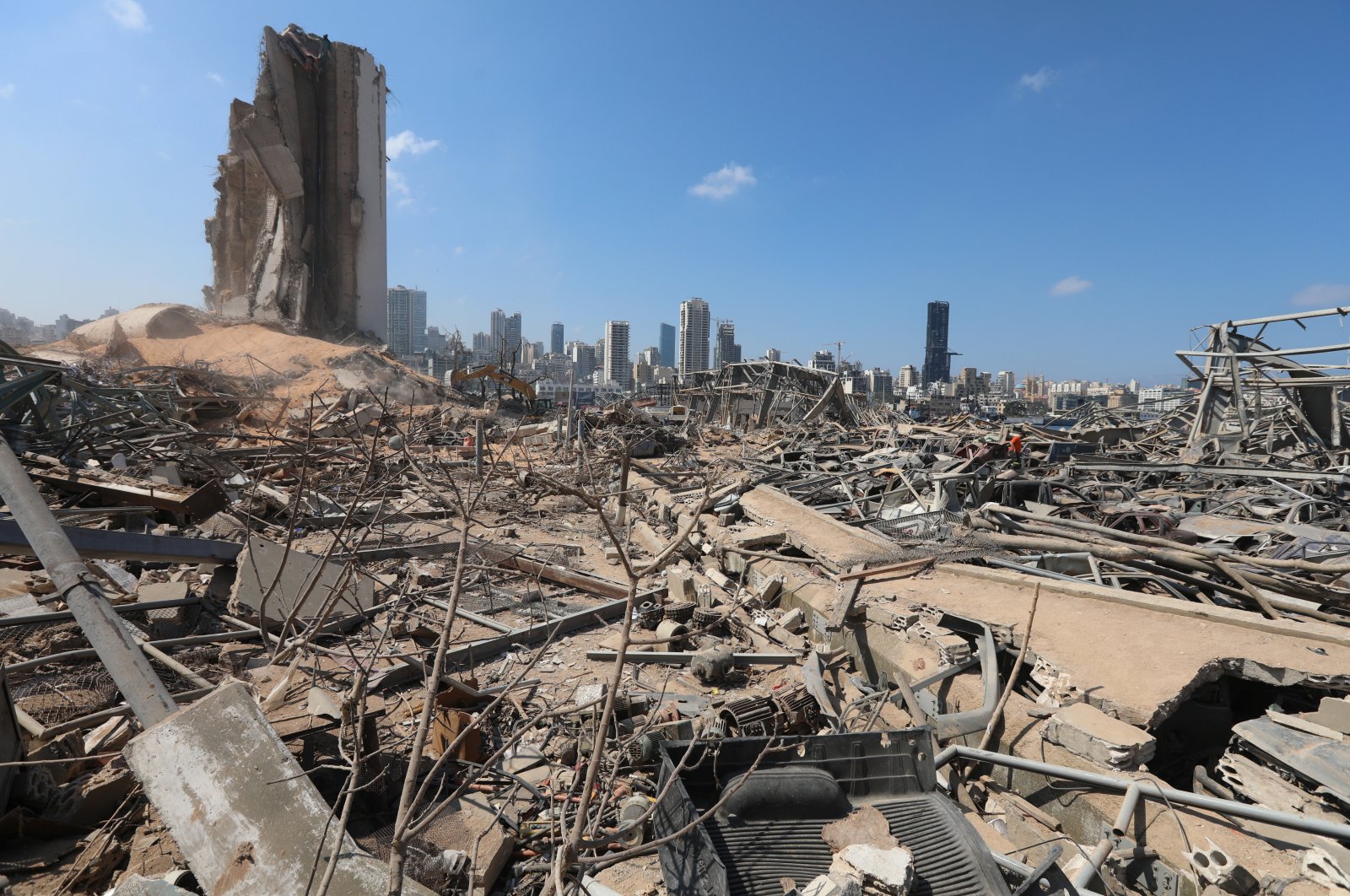 Famous Turkish chef Nusret Gökçe, better known as “Salt Bae,” joined forces with the Turkish Red Crescent to call for donations to help victims of the blast that ripped through Beirut on Aug. 4, killing 190.

Gökçe, who owns the famous Nusr-Et steakhouse chain, stood alongside the Turkish wing of the International Federation of Red Cross and Red Crescent Societies (IFRC) as part of the "We Are Family" campaign, calling on all to pledge support for the many thousands wounded and hundreds of thousands more made homeless by the blast.

According to the official Twitter account of the Turkish Red Crescent, the campaign collected a whopping TL 442,761 ($59,005) in just one day from the revenues of his restaurant in Istanbul's high-class Etiler district.

In a video posted on Twitter, Gökçe and his team are seen marching toward the kitchen of the restaurant, with a caption that says "Let's go work for Beirut."

Nusr-Et gained popularity in 2017 after a video showing head chef Gökçe's sensational flair and captivating cooking style went viral. Gökçe opened the first Nusr-Et in Istanbul in 2010. Since gaining popularity in 2018, Nusr-Et has since expanded, opening restaurants in Miami and Manhattan alongside outlets in Mykonos, Dubai, Abu Dhabi and Doha.

The tragic explosion that ripped through the Port of Beirut and surrounding area came at a time when Lebanon has been experiencing its worst economic crisis, with a dramatic drop in the value of the Lebanese pound.

Following the blast on Aug. 4, which killed more than 190 people and injured 6,500 others after a neglected stockpile of 2,750 tons of ammonium nitrate stored in a warehouse ignited, Ankara sent a Turkish military plane carrying medical aid and supplies.

Teams from Turkey's Disaster and Emergency Management Authority (AFAD), the National Medical Rescue Team (UMKE) and the Turkish Red Crescent (Kızılay) aided the search and rescue activities in the city.