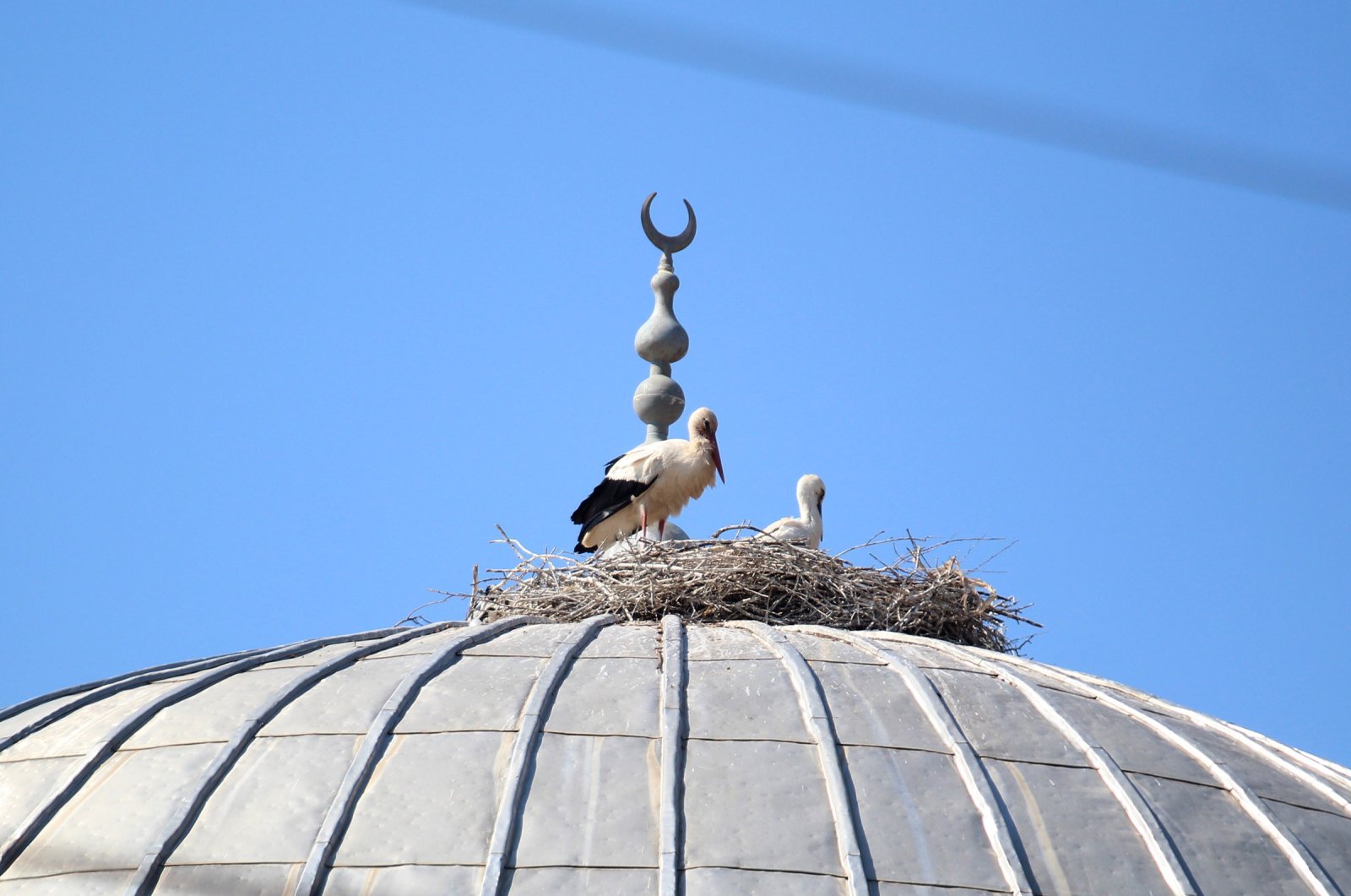 The dome of a mosque in the Mediterranean Turkish province of Antalya has been the home of storks raising their brood for the past two years. Locals are so accustomed to the birds, they look forward to their return every spring and are concerned when they don’t show up.

The mosque is in the province’s Döşemealtı district, which is a favorite destination for migratory birds with its vast fields and wetlands. Most birds prefer setting up nests in different locations but storks are loyal to places they build their nests.

The pair returned to the dome this year, too, so they could raise their chick that hatched in May. They are preparing to accompany the young bird on its first flight in a few days.

“We are trying not to disturb them as much as we can. They are a noisy bunch. We get used to seeing them here every year and hope they will come back next year, too,” said Sultan Akgün, a local.