Sea snot problem can recur if measures are neglected: Experts 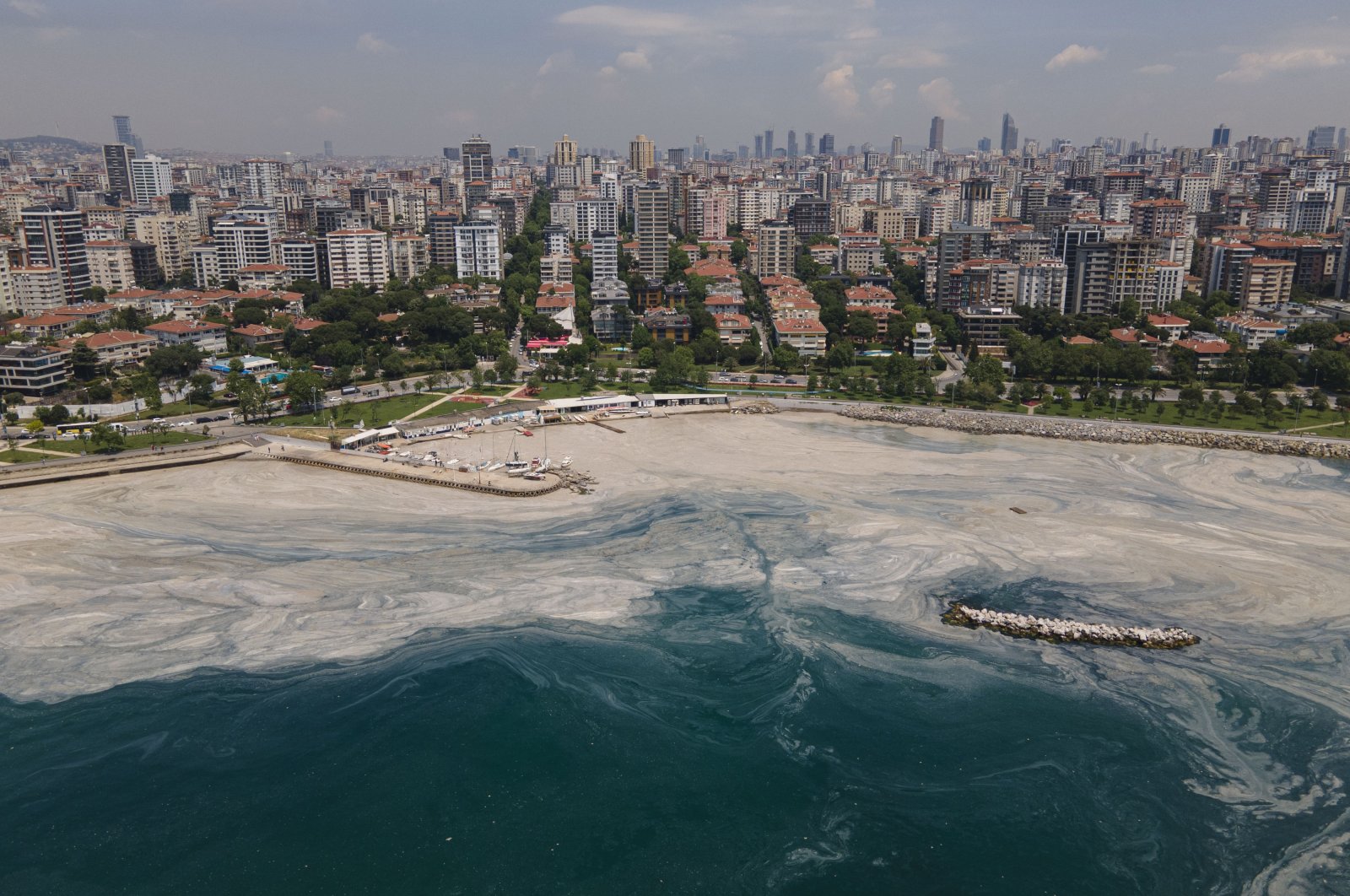 An aerial photo of the sea at the Caddebostan shore with a visible huge mass of marine mucilage, or sea snot, on the Asian side of Istanbul, Turkey, June 7, 2021. (AP Photo)
by Daily Sabah with AA Sep 24, 2021 3:21 pm
RECOMMENDED

An increase in seawater temperatures and pollution could trigger an environment conducive to organisms that cause sea snot, reviving the problem Turkey faced in the spring, experts say.

Şenol Hakan Kutoğlu from Zonguldak Bülent Ecevit University told Anadolu Agency (AA) that all plants and some microorganisms secrete sea snot due to temperature increases and stagnation of seawater. Climate change has triggered such warming in all seas.

“In addition to that, external discharges cause a change in concentration of seawater, leading to both the warming of seawater and the further proliferation of mucilage producing organisms. The warming in seawater may also cause a change in the current streams in the seas. When all these conditions come together, sudden temperature changes in seawater can occur especially in spring. We experienced such a situation in the Marmara Sea this year,” he said.

Mucilage is an overgrowth of microscopic algae called phytoplankton caused by rising seawater temperatures due to global warming, stagnant water and pollution. This year, it was detected in January and intensified and expanded in April, resulting in a serious problem, contrary to previous instances where it usually disappeared in a month to 45 days.

As it continued to increase in intensity in May and June, Turkish authorities announced the 22-point Marmara Sea Action Plan to tackle the surge. The plan was jointly carried out by the Environment and Urbanization Ministry, Transportation and Infrastructure Ministry and the Agriculture and Forestry Ministry.

The health and interior ministries, among other bodies, nongovernmental organizations (NGOs) and coastal municipalities under the coordination of governorships, also took part in the plan.

The plan was followed by a massive land and sea cleanup campaign. In areas near the shores, sea snot-covered sections of the sea were marked and the mucilage was drained using vacuuming equipment. At sea, boats collected the mucilage, bringing it to land for disposal at waste collection sites.