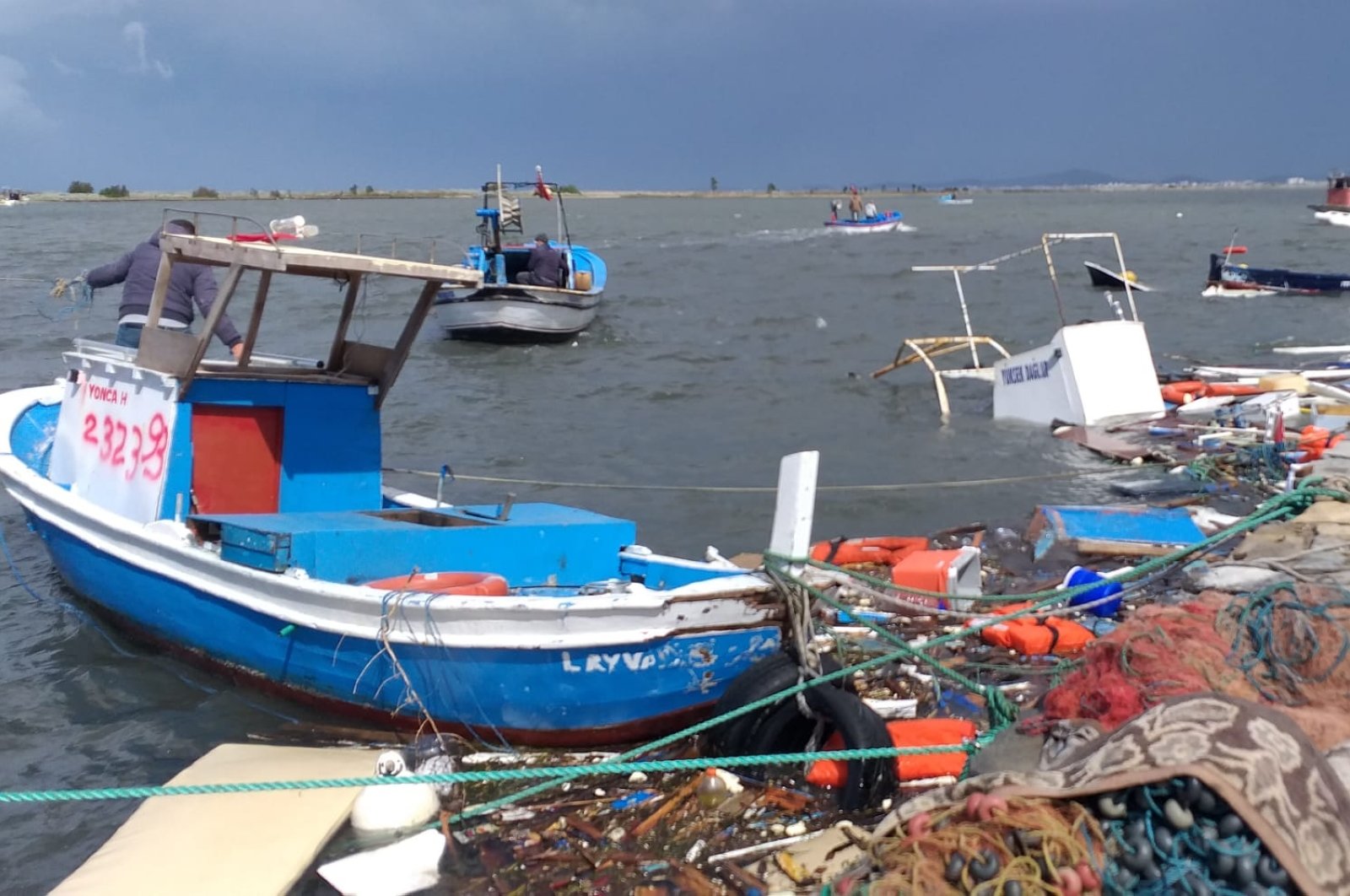 Sunken ships litter the coastline after being damaged by the recent storms in the town of Ayvalık, Turkey, May 21, 2021. (DHA Photo)
by DAILY SABAH WITH AGENCIES May 21, 2021 12:56 pm
RECOMMENDED

One of the most beautiful seaside towns of Turkey, Ayvalık in the Aegean province of Balıkesir, woke up Friday to a severe storm that paralyzed life both at sea and on land.

The severe storm that started around 6 a.m. in Ayvalık, Balıkesir, caused serious material damage in the district, Cunda Island, Sarımsaklı and Altınova.

The force of the wind exceeded 80 kph (50 mph), causing several large cruise boats and fishing boats to capsize and sink, while the roofs of some buildings in the district were blown away and the windows of many homes were broken.

A fisherman fell into the sea from a boat about to sink during the storm, but his health has been reported as in good condition. Some 20 boats reportedly sank during the bad weather.

Municipal workers were working to clear debris, and damage assessment was underway in the district.

The municipality of Ayvalık tweeted a help line number to address the needs of residents.

Balıkesir was not the only area hit by the storm. Many cities in western and northwestern Turkey were also affected by heavy rainfall.

In the town of Küçükkuyu located in the Ayvacık district of Çanakkale, the roof of a three-story house was blown away by the rain and strong winds in the morning. Trees on the beach and other areas were toppled.

In the Dikili district of Izmir, 10 fishing boats near the beach sank after taking on water, and pieces that broke off from the boats littered the shore. Fishermen also came to the coastline and tried to save their boats from the storm.

Authorities warned that heavy rainfall may occur throughout Friday afternoon and into the evening in the eastern Marmara, the western Black Sea and several provinces.

In a statement, the General Directorate of Meteorology said very strong rain is expected in Kocaeli, Sakarya and Bilecik from the eastern Marmara, in Düzce, Bolu, Karabük, Zonguldak, Bartın and Kastamonu from the western Black Sea, and in the inner and western parts of Sinop, Çankırı and Kırıkkale.