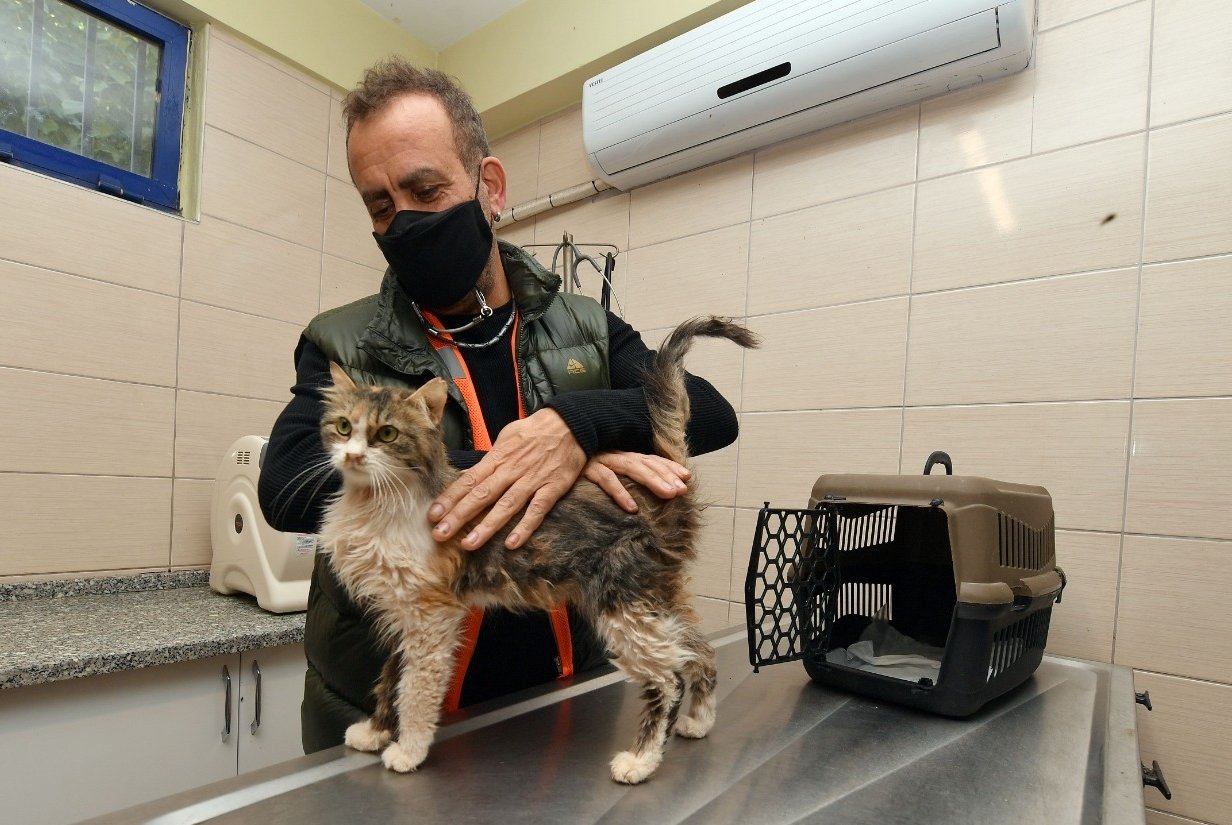 A cat rescued 90 hours after a deadly earthquake in the western province of Izmir last month, has found a new home, courtesy of popular Turkish singer Haluk Levent. Levent, who is known for his charity works organized over social media, stepped in to adopt the cat when their owners, traumatized survivors, put her up for adoption as they lacked means to care for the animal after the disaster. Levent, who named the cat "Pudra" (Powder) took her from a veterinary clinic run by the Izmir Metropolitan Municipality on Thursday.

The animal was rescued from the rubble of Rızabey, an apartment building where the 34 bodies were pulled from. She has been cared for at the clinic since. Levent in a written statement said the cat would be transferred to a farm in Izmir's Kemalpaşa district which cares for 88 cats, seven dogs, two horses and two donkeys saved from previous disasters in the country.

The farm serves as a sanctuary for animals from all around Turkey including those saved from death by Levent and his charity movement Anatolian Public and Peace Platform (AHBAP).

Cihan Ziyan, who heads the veterinary clinic, said there were eight cats recovered from the Rızabey building and two were adopted. He said there was an overwhelming demand from the public to adopt the other cats. More than a dozen animals, from cats and dogs to rabbits, were rescued from the rubble of buildings in the province following the disaster that killed 115 people.