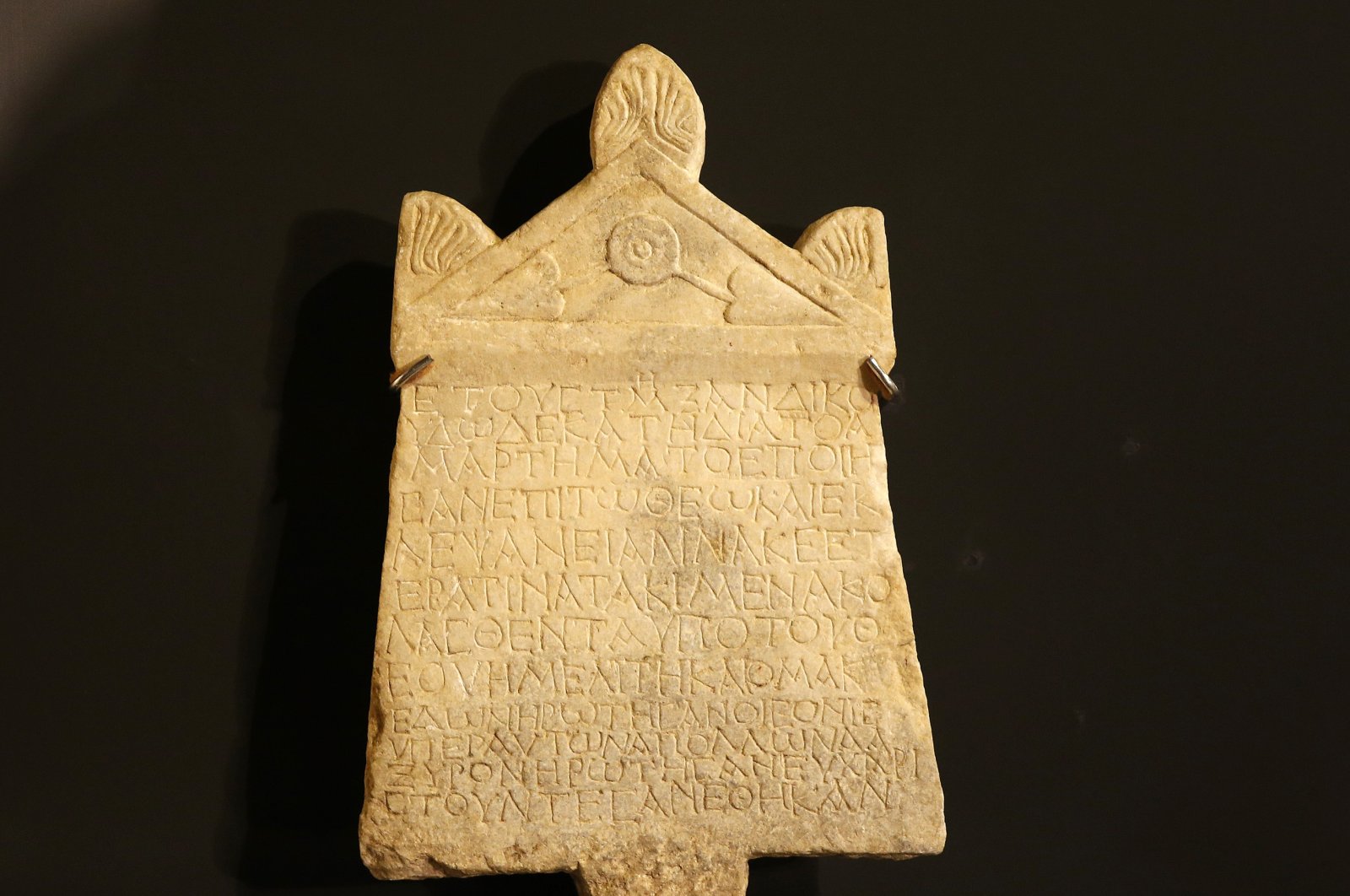 A ceremony was held to place a 1,800-year-old inscription, dating back to the Lydian era, in a Turkish museum after Turkey won another court battle to retrieve artifacts smuggled from the country. Flown from Italy where it was smuggled years ago, the inscription carved on a stone was unveiled at the Museum of Anatolian Civilization in the capital Ankara on Wednesday.

Culture and Tourism Minister Mehmet Nuri Ersoy was among the dignitaries who attended the ceremony. “This artifact waited for more than two decades to return to Turkey due to a lengthy legal process,” Ersoy said in a speech. He was referring to a court battle mired in a change of judges and multiple appeals by Turkey against verdicts barring its return.

The inscription, dating back to Lydian rule in western Anatolia, was found in a raid by the Italian police on an antique dealer in 1997. An investigation by Turkish academics and officials found that it was stolen from Apollon Aksyros Temple in Demirci, a district in the western province of Manisa where the ancient city of Sardis, the capital of the Lydians, is also located.

Ersoy said the government’s persistence in recovering the inscription ultimately led Italian courts to accept that the artifact was indeed smuggled from Turkey. The minister noted that Turkey managed to retrieve 4,441 artifacts in the past 18 years and recently boosted its capacity for tracking and retrieval of artifacts smuggled from the country.

The inscription contains an atonement that was common in the Lydian era, associate professor Yusuf Sezgin, an archaeologist from Manisa’s Celal Bayar University said. Speaking to Anadolu Agency (AA), Sezgin stated that it contained “regrets” of parents whose sons were “punished” by god for stealing a fishing net.

Last month, authorities seized a large trove of artifacts in one of the biggest operations against smugglers in western Turkey. They confiscated everything from coins dating back to the Lydian period, which is also known as the first civilization where money was minted, to small statues.

Ersoy said the fight against smuggling should also be supported by the public. “People should be conscious about our cultural assets and report any attempt of smuggling or illegal excavations,” he highlighted.