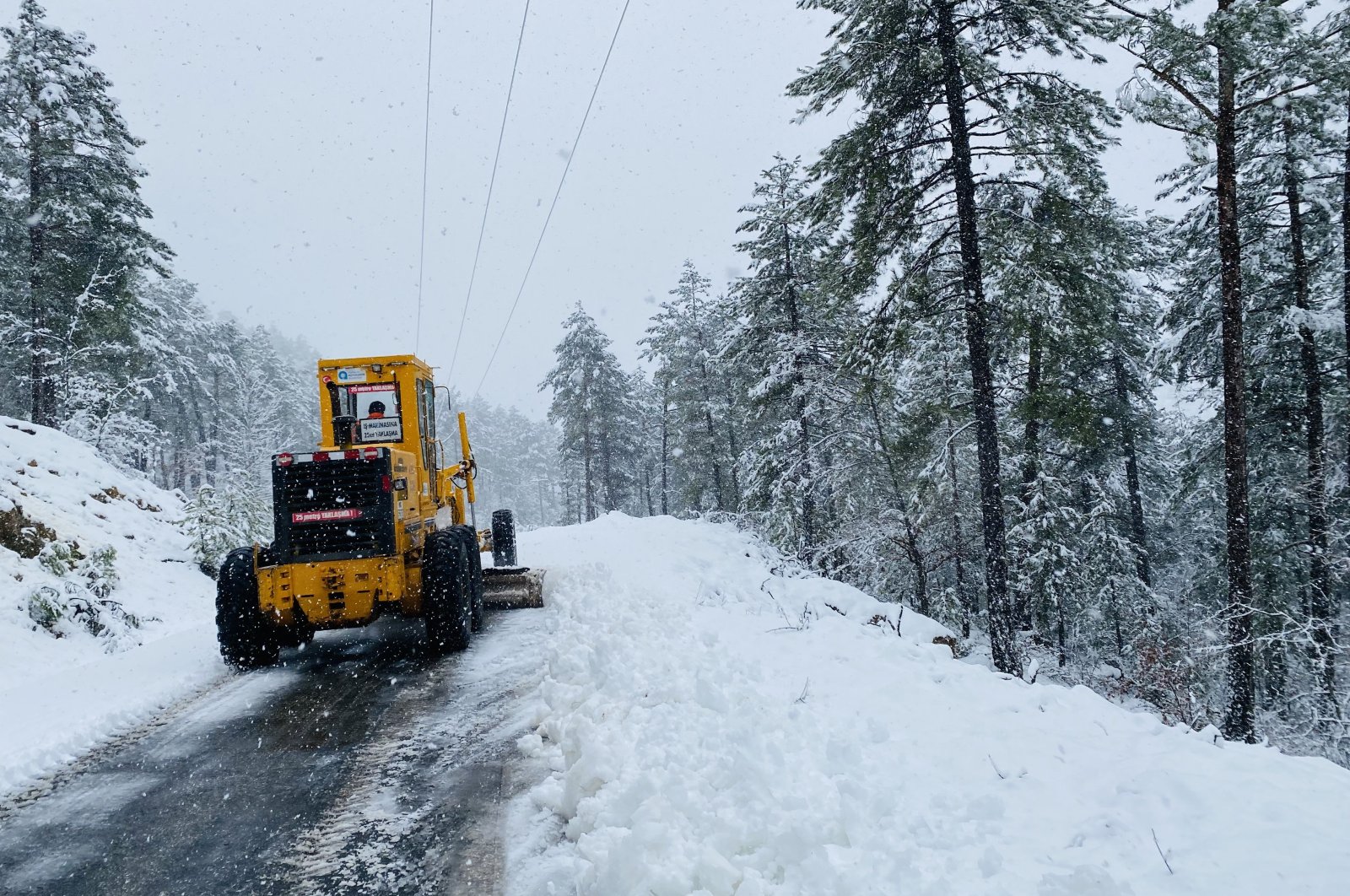 Turkey's western and eastern provinces were battered with heavy snowfall and precipitation on Wednesday. In Istanbul, Turkey's most crowded city, the first snowfall of 2022 hit higher grounds while dense rainfall disrupted daily life. Elsewhere, five provinces announced the closure of schools due to bad weather, while the Mediterranean province of Antalya suffered from floods that inundated orchards and trapped dozens in their houses.

In Istanbul, bad weather took hold throughout Tuesday night and worsened on Wednesday, with temperatures dropping to around 2 Celsius degrees (35 Fahrenheit degrees). Strong winds tore cladding off some buildings in the Beylikdüzü and Sultangazi districts. Snowfall hit the remote parts on city's European side, including Silivri district, while Kartal on the Asian side was gripped with snowfall as well. Snowfall was expected to increase later in the day and municipalities deployed snowplowing crews as a measure in several locations.

Antalya's Manavgat district, which was exposed to rainfall over the past week, saw the precipitation reaching a new high on Wednesday. Along with Manavgat, the Serik and Alanya districts were hit by heavy rainfall that led some streams to overflow their banks and damaged orchards in the region, while the basement floors of some buildings were inundated with floodwaters. Rescue crews evacuated dozens of people stranded in their houses in Manavgat.