Somali baby with parasitic twin nursed back to health in Turkey 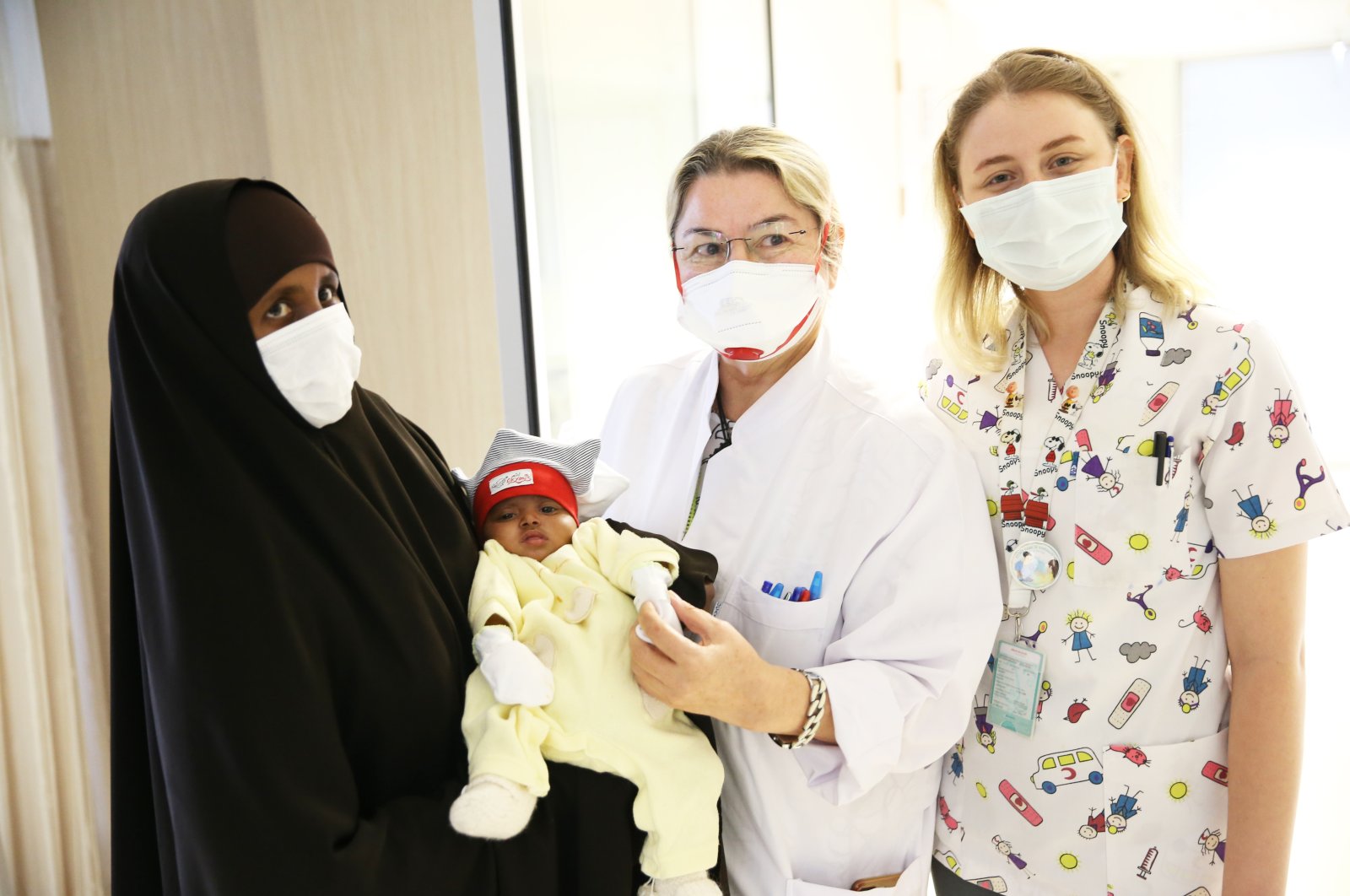 A Somali infant who was born with four legs due to having a parasitic twin received the chance to live a normal life from Turkish doctors who performed an eight-hour operation on her in Istanbul on Sunday.

The child was born 55 days ago with severe anomalies at the Recep Tayyip Erdogan Training and Research Hospital in the Somali capital Mogadishu, a hospital supported by Turkey.

The infant was referred to the Zeynep Kamil Women's and Children's Disease Training and Research Hospital in Istanbul.

The operation was carried using a multidisciplinary approach. Two of the baby's legs were removed, and anomalies in the child's genitourinary and intestinal system were also corrected.

The twin has what is known as a parasitic twin, the term for when one identical twin stops developing during gestation but is physically attached to the developing twin.

"While our country fights COVID-19, it also continues to serve patients from Turkey and beyond," she said.

Praising the efforts of the Turkish Health Ministry and the University of Health Sciences, where the hospital is based, she said their dedication has set an example for the rest of the world

Muno Dahir, the infant's mother, said she was happy to learn that the child would be treated in Turkey. "This surgery was difficult in our country since we do not have advanced technology and experienced doctors," she explained.

"I think she will be fine after the next operations," she said, thanking the Turkish doctors and nurses for their support.