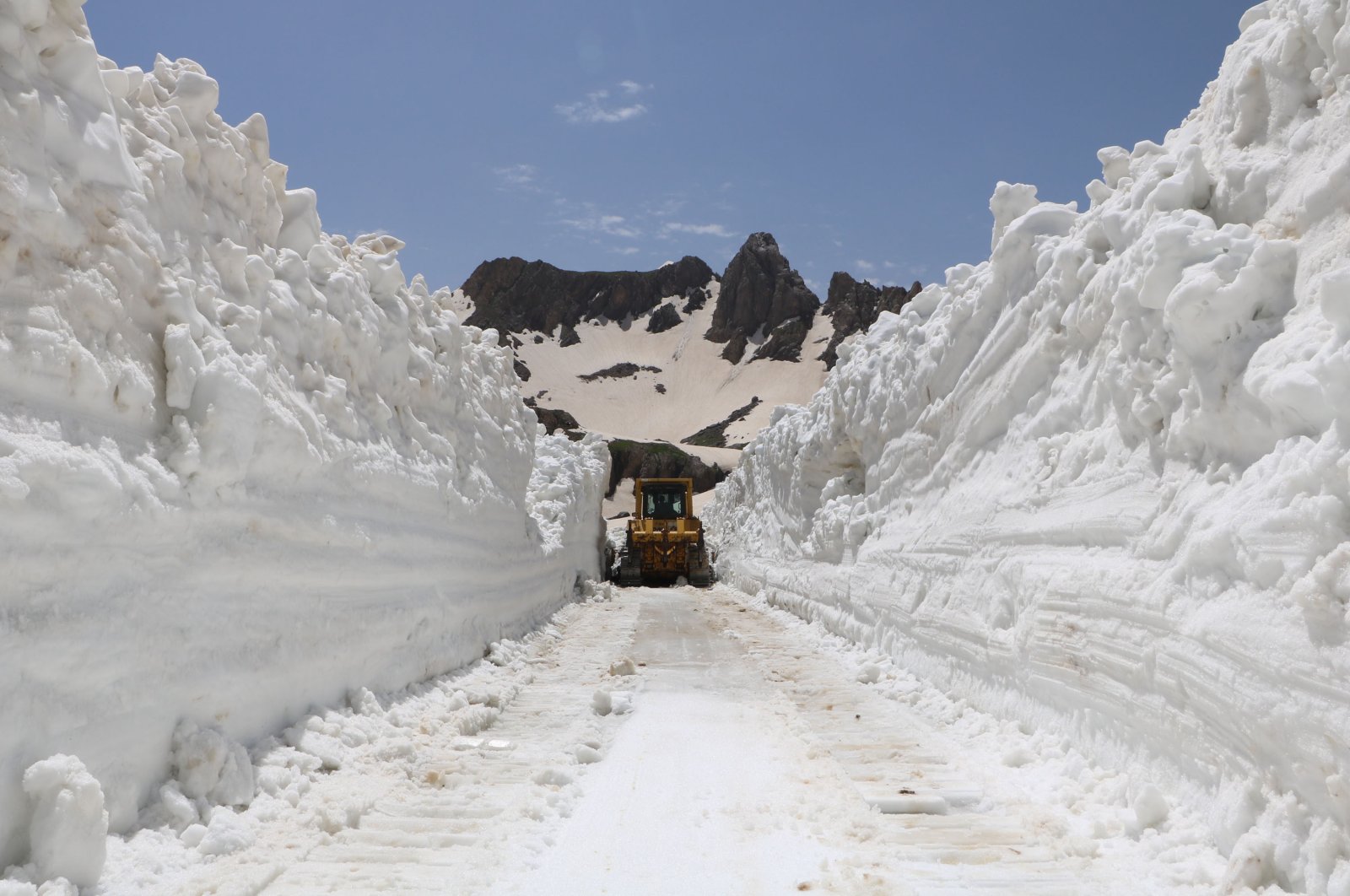 Hakkari, known for its rough weather, is gripped with heavy snow even though summer has set in. Snowfall bears down particularly in rural areas of this southeastern Turkish province.

In the Yüksekova district, crews have been working to clear snow-covered roads. Snowplows pierce through 3 meters (9.8 feet) of snow in areas with high altitudes. For the past 20 days, crews have worked to reopen roads leading to military bases in the Göllerbaşı region, some 40 kilometers (24.9 miles) from central Yüksekova. A 16-kilometer road has been largely cleared so far while the snow depth reached 7 meters in some areas. Officials say they expect the road to be cleared fully in about two weeks.