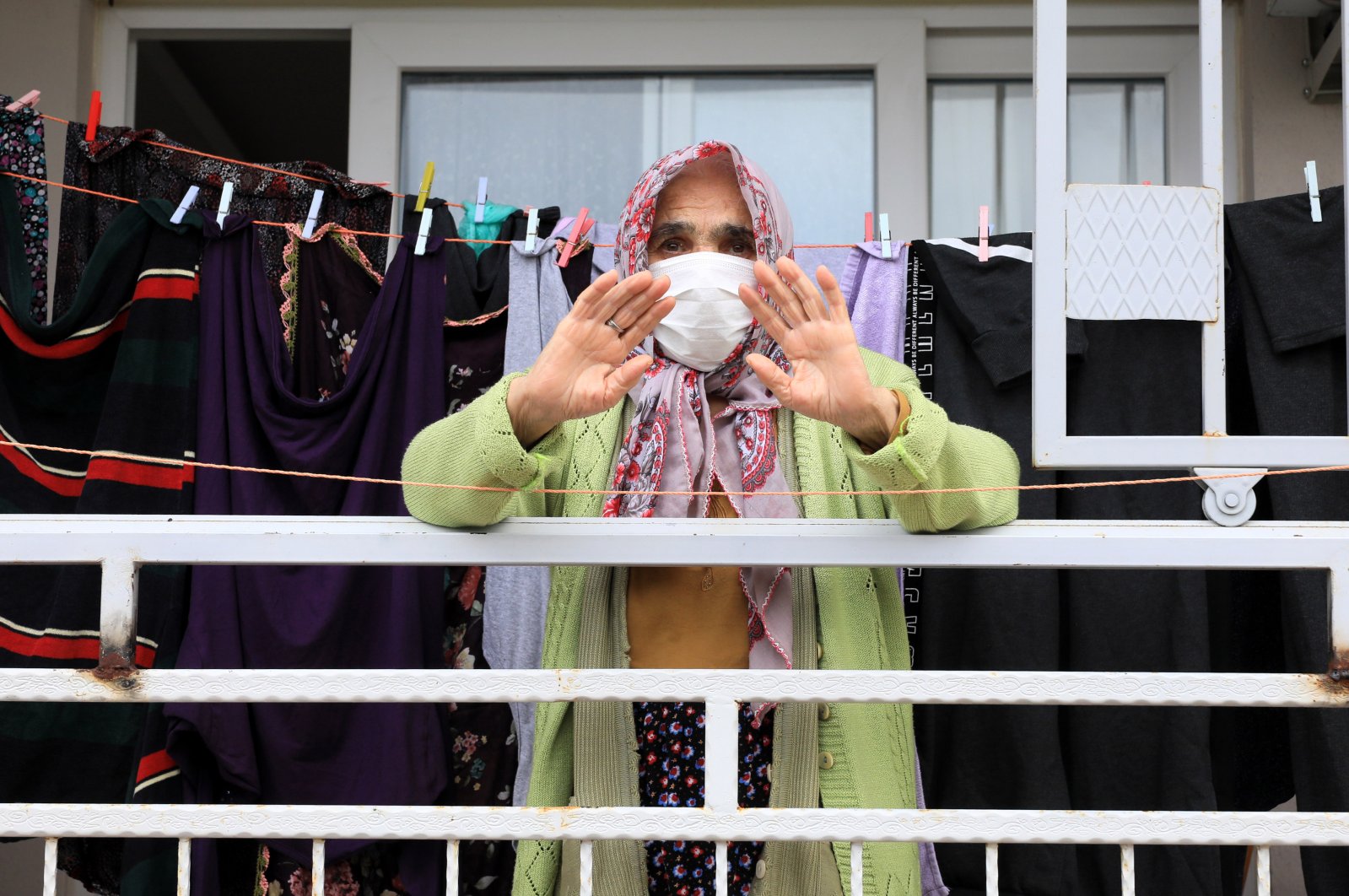 An 83-year-old Turkish woman who recovered from COVID-19 but lost one son to the virus with another in intensive care urged everyone to stay home and respect all the precautions taken to stop the spread of the virus.

Speaking to Anadolu Agency (AA) as she arrived home in Antalya after being discharged from the hospital, Ayşe Polat thanked everyone who nursed her back to health while pleading with the public to avoid leaving their homes.

“I call on all of Turkey to please stay at home to get rid of this virus. It’s a terrible disease. I lost my own son to this virus. My other son has been in intensive care for the last 25 days. You can’t breathe. Everyone please be careful. Don’t leave your homes,” Polat said.

Speaking about how she got the virus, Polat said she suspects contracting it during a funeral she attended. Following the funeral, she said she started to lose her appetite and visited a local hospital after she began vomiting.

“They sent me home after the tests. While I was trying to recover at home, I received news that my son passed away. I wanted to go where my son was but around the same time an ambulance came and took me to a hospital as my COVID-19 test came back positive. I regained consciousness three days later,” she said.

Polat said both of her sons were smokers and that she believed it played a key role in their demise.

“My son died because of smoking. They were smokers, and both had pacemakers. The virus might be the official cause, but its much more devastating in smokers,” she said.

Polat said she won’t allow her daughter, who is living with her, to leave the house.