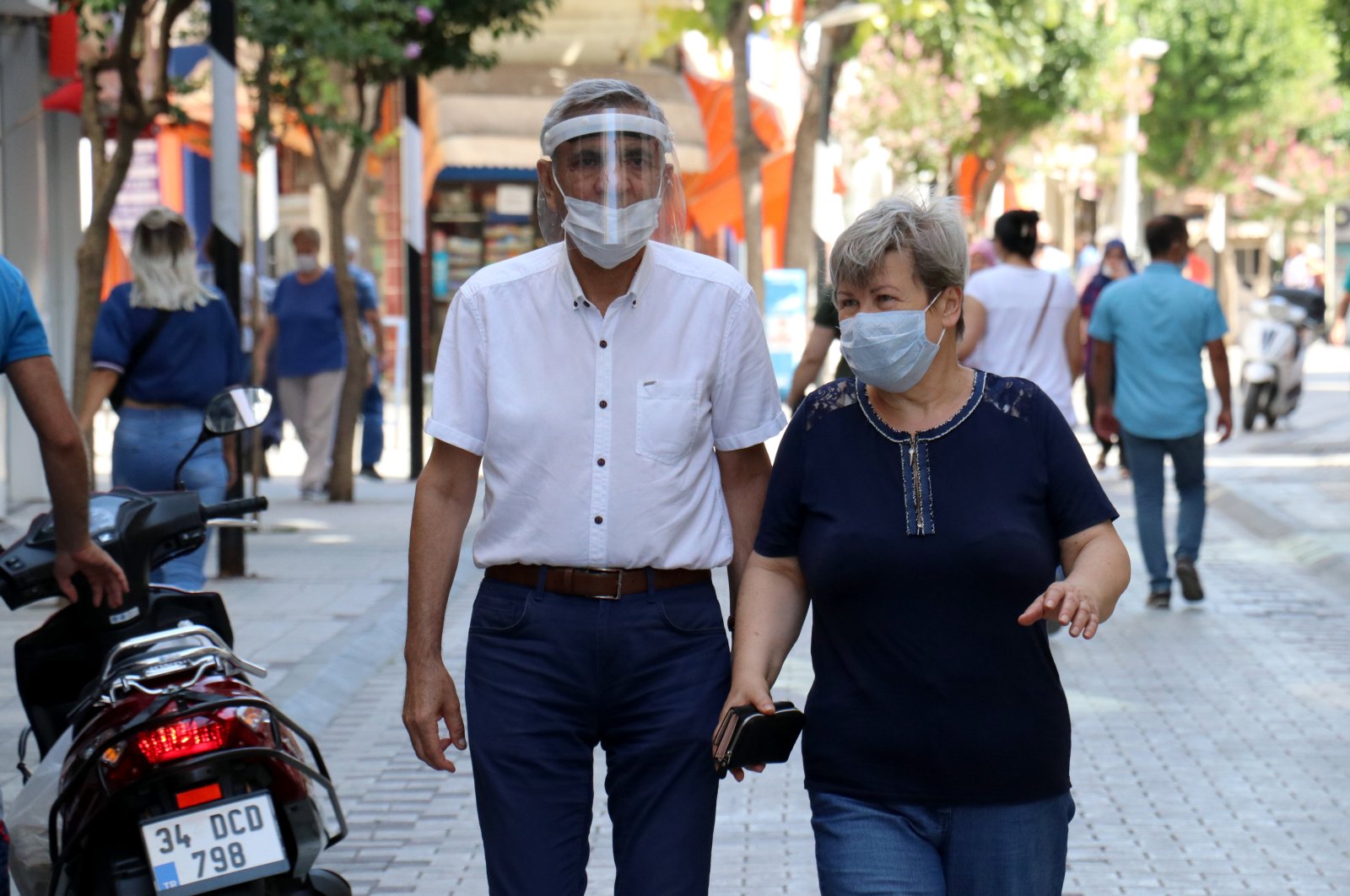 Since it invaded Turkey in March, the coronavirus has disrupted the daily lives of millions in the country. Along with government-imposed measures, the public is extremely cautious against the lethal virus.

The research, led by professor Bülent Dilmaç from the Psychological Consultancy Department, sought a glimpse into the minds of Turks in their study on social changes amid pandemic.

They interviewed 726 people from 40 provinces in Turkey’s seven regions for the study, which focused on the mental well-being of individuals, obsessive-compulsive behavior and confronting challenges during the outbreak.

Dilmaç told Demirören News Agency (DHA) Friday that their survey gave insight into people’s fears. "We found out a higher level of fear among those stocking masks. A majority of people also carry sanitizers, even while traveling between cities. About 98.9% of participants say they felt the need to wash their hands and disinfect themselves when they returned home. They believe they are at greater risk and this fear of infection affects their mental wellbeing," he says.

Some 41% of interviewees started buying more hygiene products and started stockpiling them. "The majority of them developed an aversion to people coughing and sneezing. People’s shopping habits apparently changed in the pandemic, and they prioritized hygiene materials and cleaning products. This stems from their perception of threat. They feel safe the more they use hygiene products," he said.

People have also developed a fear of elevators. "People believe in a higher infection rate in enclosed, narrow spaces where people come together with little distance between them. About 45.7% of interviewees said they stopped taking elevators. Another 89.9% stopped riding mass transit. They prefer their own vehicles and if the distance is short, they ride a bicycle or go on foot," Dilmaç says.

Koca reported that 968 people have recovered from COVID-19 in the past 24 hours, taking the total number of recoveries to 228,057. As of Thursday, Turkey's death toll from the coronavirus stood at 5,912. Health care professionals conducted 66,892 tests to diagnose the disease over the past day, taking the tally to over 5.52 million.

Associate professor Afşin Emre Kayıpmaz, a member of Health Ministry’s Coronavirus Scientific Advisory Board, says pessimism and fear were among two of the most undesired side effects of the pandemic. "We have to remain hopeful, but we also should act accordingly to instill this hope," Kayıpmaz told Anadolu Agency (AA) on Friday, urging people to follow the rules against the outbreak strictly to curb the number of cases.

"You can find optimism, for instance, in masks. Mask producers can design more colorful masks and people can compete to be chicer with masks. We can teach songs to sing to the children they could recite while washing their hands. More importantly, people can read and watch stories of people who recovered from the disease or lost a loved one to the disease and can learn how serious it is."

Kayıpmaz said that meticulous efforts managed to bring the number of daily cases below 1,000 last month, but "uncontrolled behaviors" in social life increased them again. "We need to gear up measures as we head into autumn and winter," Kayıpmaz said, referring to an increase in seasonal illnesses that could worsen the situation. He also warned against "members of families who disregard measures and infect other members of the family."