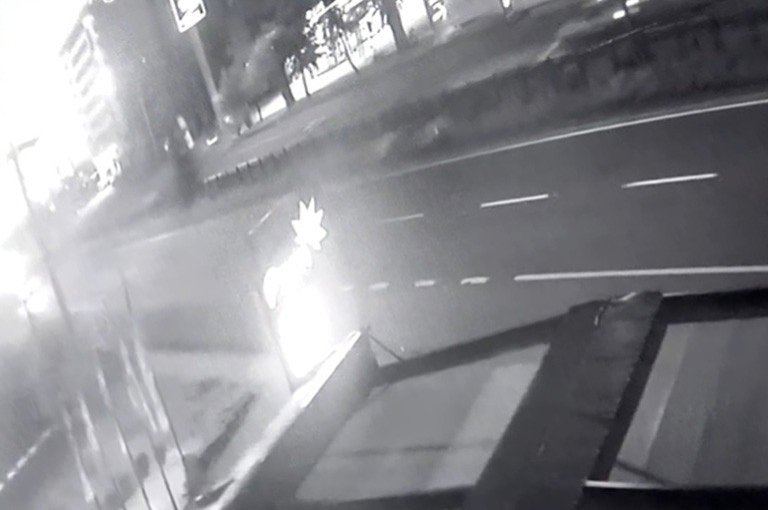 A supposed meteorite was seen in several provinces in northern Turkey on Wednesday evening. Police in the Black Sea province of Trabzon confirmed that a “ball of light” was seen, as reported by witnesses. They were following the developments closely.

Meanwhile, social media has been flooded with videos of a ball of light falling from the sky, erupting into a flash of light before fizzling out completely.

It is said to have been visible in several provinces, including Artvin, Erzurum, Sivas, Tuncel and Ardahan.

Footage shows a supposed meteorite falling from the night sky, witnessed by people in northern Turkey.pic.twitter.com/Ps1LVsbEOO

Ozan Ünsalan of Ege University said the phenomenon witnessed in the north was a typical meteorite. "It is seen that it is going from Erzurum to Artvin, and it has likely fallen to Sochi or Georgia," said Ünsalan, who also leads Turkey's Meteorite Tracking Project.

He said that he talked with several witnesses to determine the phenomenon.

"According to our first assessments, we think that it may have fallen into the sea," he said, stating that it is also typical to hear an explosion two to three minutes after the bright light. "I even asked the eyewitnesses, 'Was there a small shake?' Because this shaking of the ground is also expected, but it depends on the size and structure of the meteor. It can trigger a small earthquake."

Ünsalan also said that they are in contact with NASA and evaluating the footage.