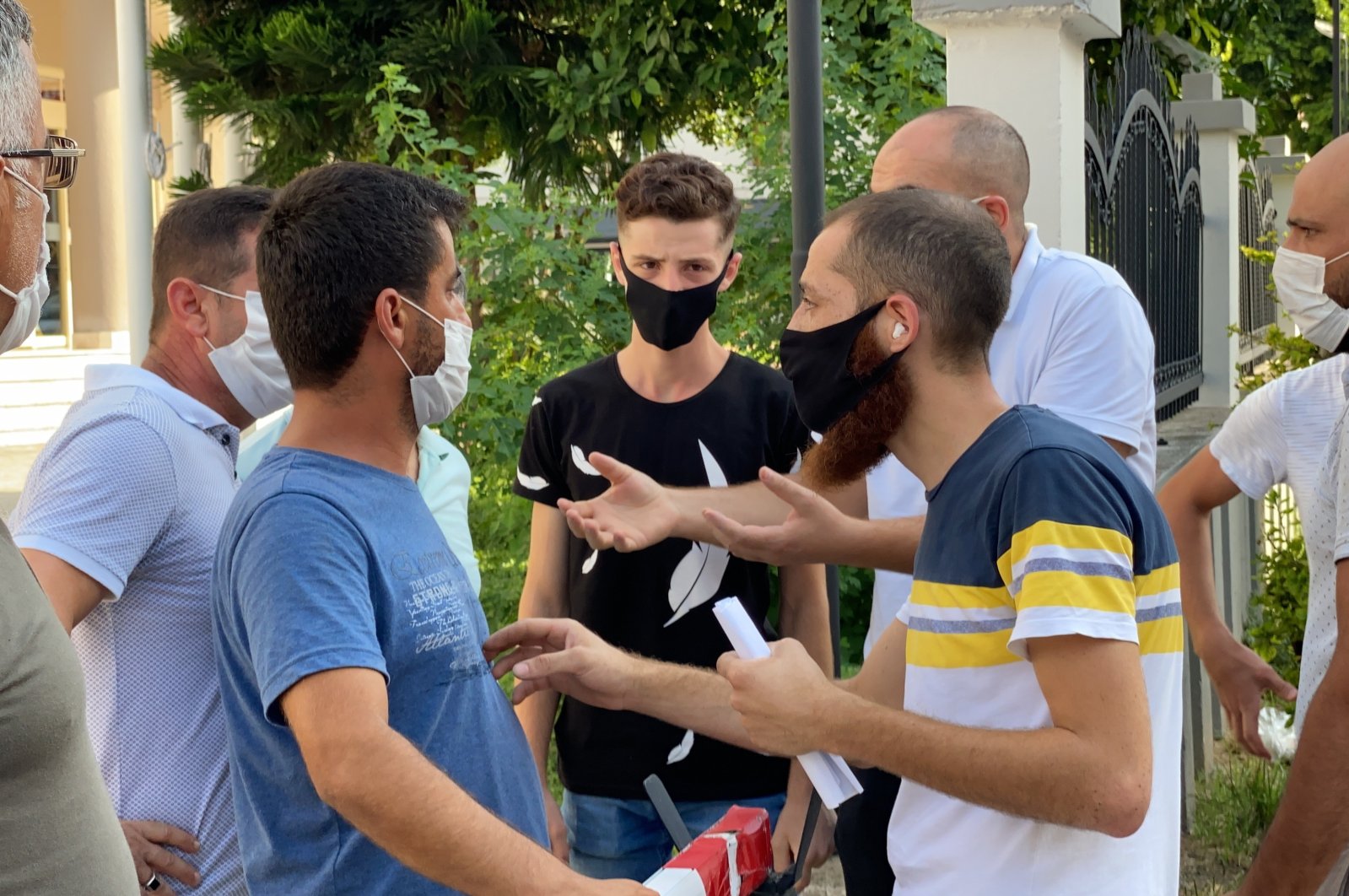 A brief fight erupted between two grieving families in the southern province of Hatay after a hospital mistakenly delivered the remains of a deceased patient to the wrong family.

The mistake was revealed after brothers Behzat and Fikret Şahin went to the private hospital where their father Mehmet Şahin passed away to take his remains for funeral processing.

As they were taken to the hospital’s morgue to confirm their father’s identity before taking over the remains, the Şahin brothers quickly realized the body they were shown was not that of their father.

After a brief investigation, hospital management realized the remains of Mehmet Şahin had been handed over to the Burka family, whose father Abdulkadir Cuma Burka passed away around the same time as Mehmet.

Demanding their father’s remains, the Şahin brothers were told that the Burka family had proceeded with the funeral and that Mehmet’s body was already buried.

Demanding an answer about how such a mix-up could happen, the Burka family defended themselves saying that Mehmet indeed looked a lot liked their father Abdulkadir and thus they hadn't suspected a thing.

After verbal confrontations, the two families got into a brief scuffle before police officers intervened to calm things down.

After the Şahin brothers lodged an official complaint into the mix-up, a public prosecutor ordered Şahin’s remains to be exhumed and delivered to the brothers.

The hospital also handed over the remains of Abdulkadir to the Burka family after the incident.