Thousands of artifacts seized in Turkey's biggest operation against smugglers 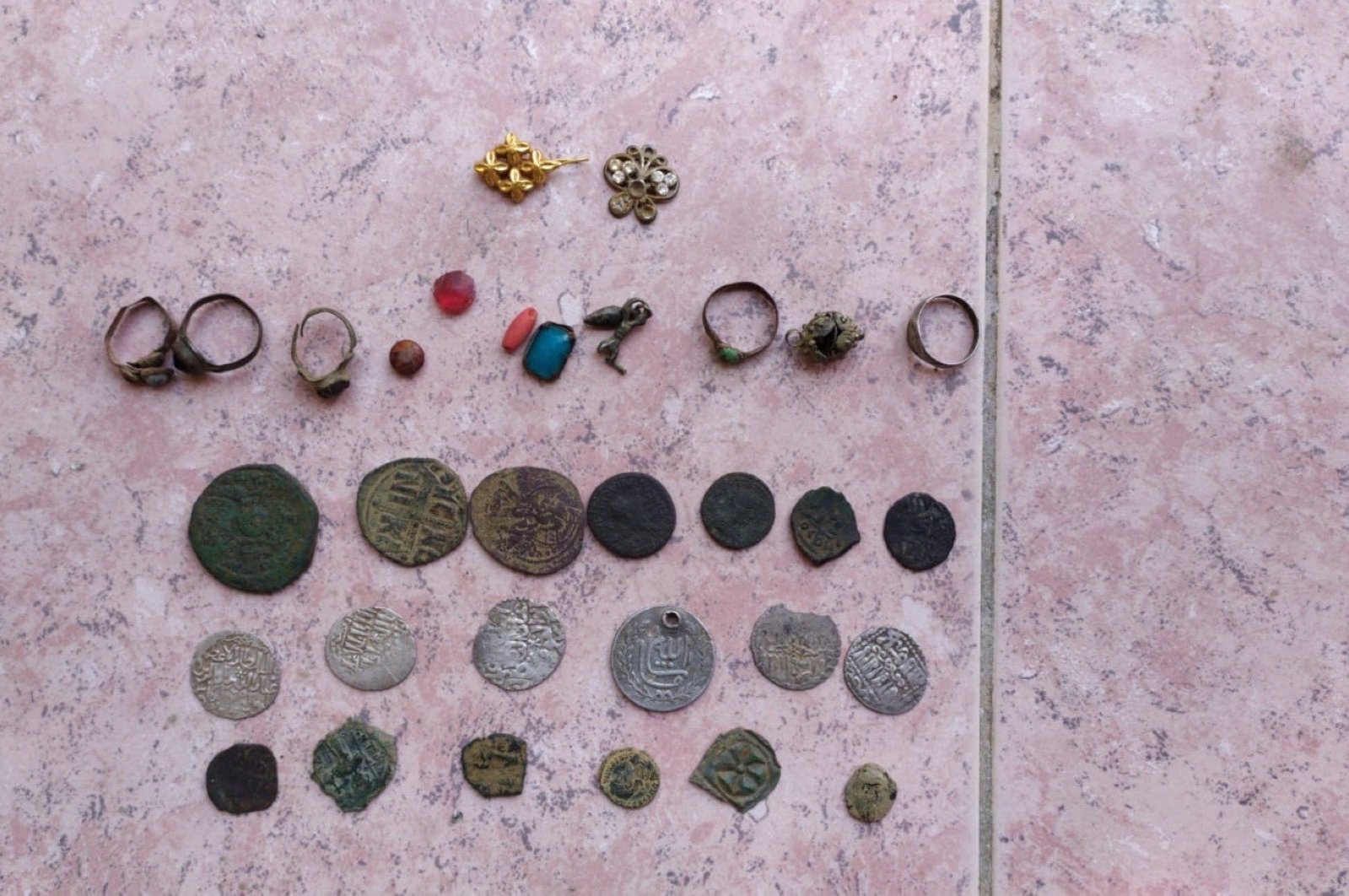 From coins dating back to Lydian period – the first known civilization where money was minted – to small statues, authorities seized thousands of artifacts in an operation against artifact smugglers in western Turkey Thursday. Minister of Culture and Tourism Mehmet Nuri Ersoy on Friday dubbed it as “largest such operation” in Turkey and thanked the Interior Ministry. Ersoy tweeted that 65,000 artifacts including 52,000 coins “remained in the country they belonged to.”

Operations were held in the western cities of Izmir and Manisa, which both served as important centers of Lydian civilization between 1200 B.C. and 546 B.C. Seven suspects were detained. Arrests were the result of an investigation by prosecutors in Izmir’s Menemen district who ordered surveillance of the suspects attempting to smuggle artifacts excavated in Menemen and other districts or illegally obtained by any other means, abroad.

Initial analysis of seized artifacts shows some were electrum, coins made of an alloy of silver and gold and commonly used by Lydians centuries ago. Artifacts were found buried in the courtyard of houses and in secret caches in the suspects’ residences. Six electrums were of a “high value,” according to investigators.

Among other items found in suspects’ possession was a clay vase dating back 11,000 years, bronze, silver and gold coins from Hellenistic, Roman and Byzantine period, golden earrings, a large number of small statues, rings, bracelets, seals and medical equipment. All were authentic.

Turkey also works to repatriate smuggled artifacts from abroad. According to data by the Ministry of Culture and Tourism, 4,310 historical artifacts were returned to Turkey between 2004 and 2018.