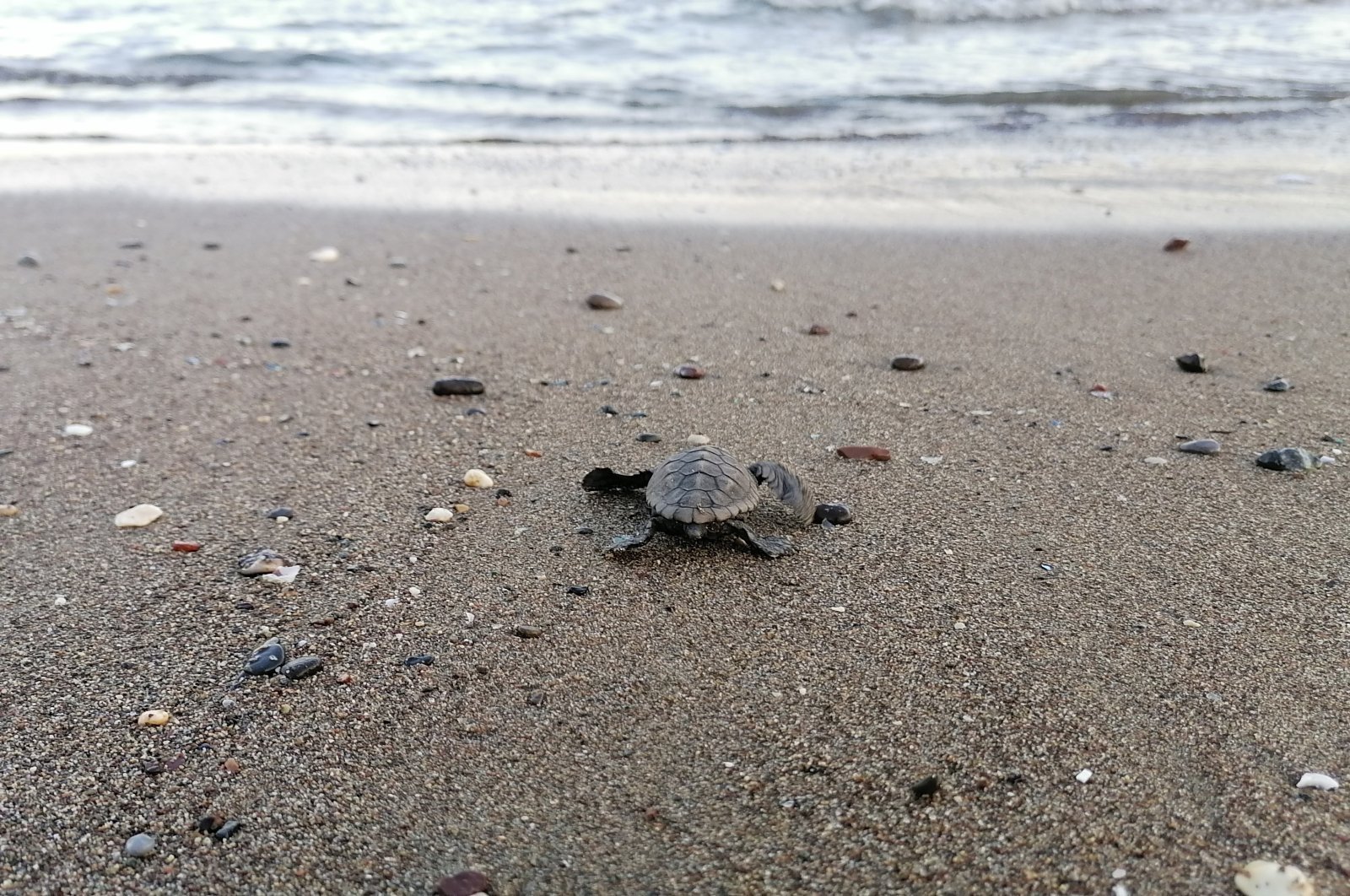 Something good came out of coronavirus pandemic for sea turtles whose number of nests doubled in beaches left empty, and thousands of their newborns headed to sea this year without disturbance

The fewer people on the beach, the better for loggerhead sea turtles, or Caretta carettas, whose nests dot Turkey’s southern shores. With more people remaining indoors amid restrictions and fear of COVID-19, the species was able to hatch on the quiet shores. As a result, the number of nests doubled and the number of baby turtles who successfully made it to sea reached its highest level.

For the past three decades, Turkey has stepped up its preservation efforts as part of an international treaty signed for the preservation of marine life and shores of the Mediterranean Sea. Five beaches with nesting areas out of a total of 22 hatching beaches are under special protection. The Ministry of Environment and Urban Planning oversees the preservation and tracking of the turtles and since 2016 has managed to increase the number of breeding grounds on these beaches. In 2016, there were only 2,250 nests, and only 91,242 baby turtles managed to reach the sea.

Loggerhead sea turtles have been nesting on Turkey's beaches for centuries with experts saying the cleaner seas help their preservation. In a bid to better understand the risks the turtles face at sea they are tagged with microchips in order to track their journey. “Likya” is one of the turtles who has covered the most distance, with the latest findings showing the turtle about 1,747 kilometers (about 943 nautical miles) away in Misrata, Libya. “Kadriye,” another turtle who was released from the Belek coast, covered 700 kilometers reaching the Greek island of Saria. “Belkıs” was released from Patara beach and has chosen to remain in Turkish waters, traveling 515 kilometers to her preferred coast of Iztuzu of Muğla.

Marine reptiles native to oceans and the Mediterranean Sea are endangered due to a number of factors, including untended fishing gear, coastal development and human disturbances. Predators like birds, crabs and fish also pose a risk to the animals. Yet, human disturbance is the key reason for the species' survival rate. Experts urge the public not to damage their nests by flattening sands or pouring water in areas where nests are located. Although the turtles ingest fishhooks and plastic debris, more than half of their injuries are inflicted by humans – usually by blows to the head with oars and axes. Fishermen are often to blame as the turtles cause costly damage to their nets.

Loggerhead sea turtles are the largest hard-shelled sea turtles alive and have an average lifespan of 30 to 80 years in the wild. The turtles grow to more than half a meter and weigh up to 80 kilograms (176 pounds). Their overall numbers are unknown, but certain Pacific and Indian Ocean populations are critically low, while conservation measures have bolstered their presence in the Mediterranean, environmental groups say. Climate change has also impacted the turtle gender balance as males cannot incubate at a nest temperature higher than 29.3 degrees Celsius (84.7 Fahrenheit).