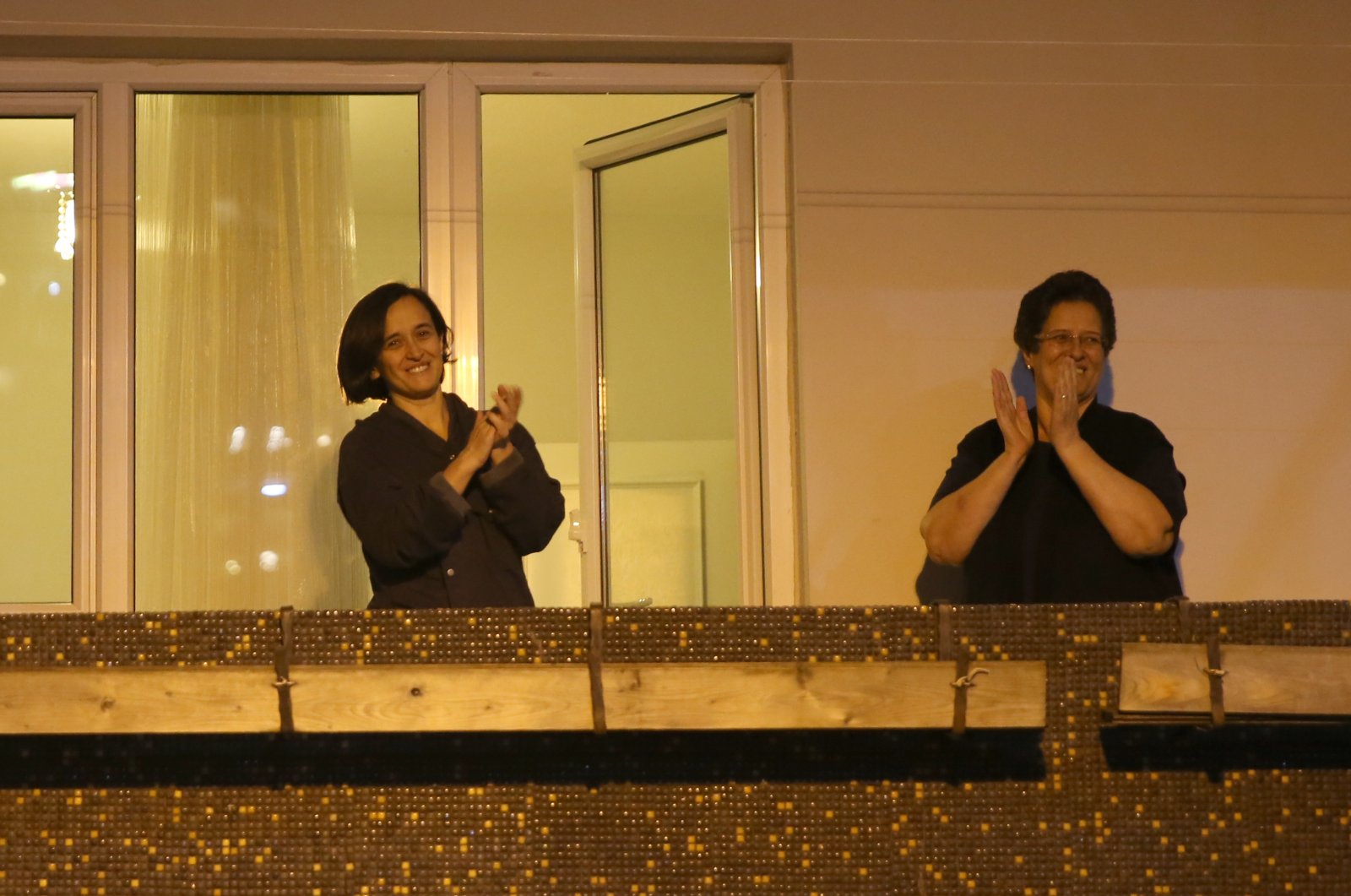 As the COVID-19 is spreading in Turkey, thousands of people in several cities showed their support to health care workers, who are battling the virus on the front lines, by taking to the balconies and applauding for them for a minute.

People in many Turkish cities, including Istanbul, Izmir, Bursa, Kocaeli and Malatya, showed gratitude to those who are still working in the hospitals across the country as Turkey has so far reported 191 cases, with three deaths.

VIDEO — As the COVID-19 is spreading in Turkey, thousands of people show gratitude to health care workers, who are battling the virus on the front lines across the country https://t.co/cWjwcjtkKh pic.twitter.com/RemKEoi5SN

Turkey has taken several measures to stem the virus such as temporarily closing schools and universities, halting events and public activities, postponing foreign visits and barring spectators at sports events.