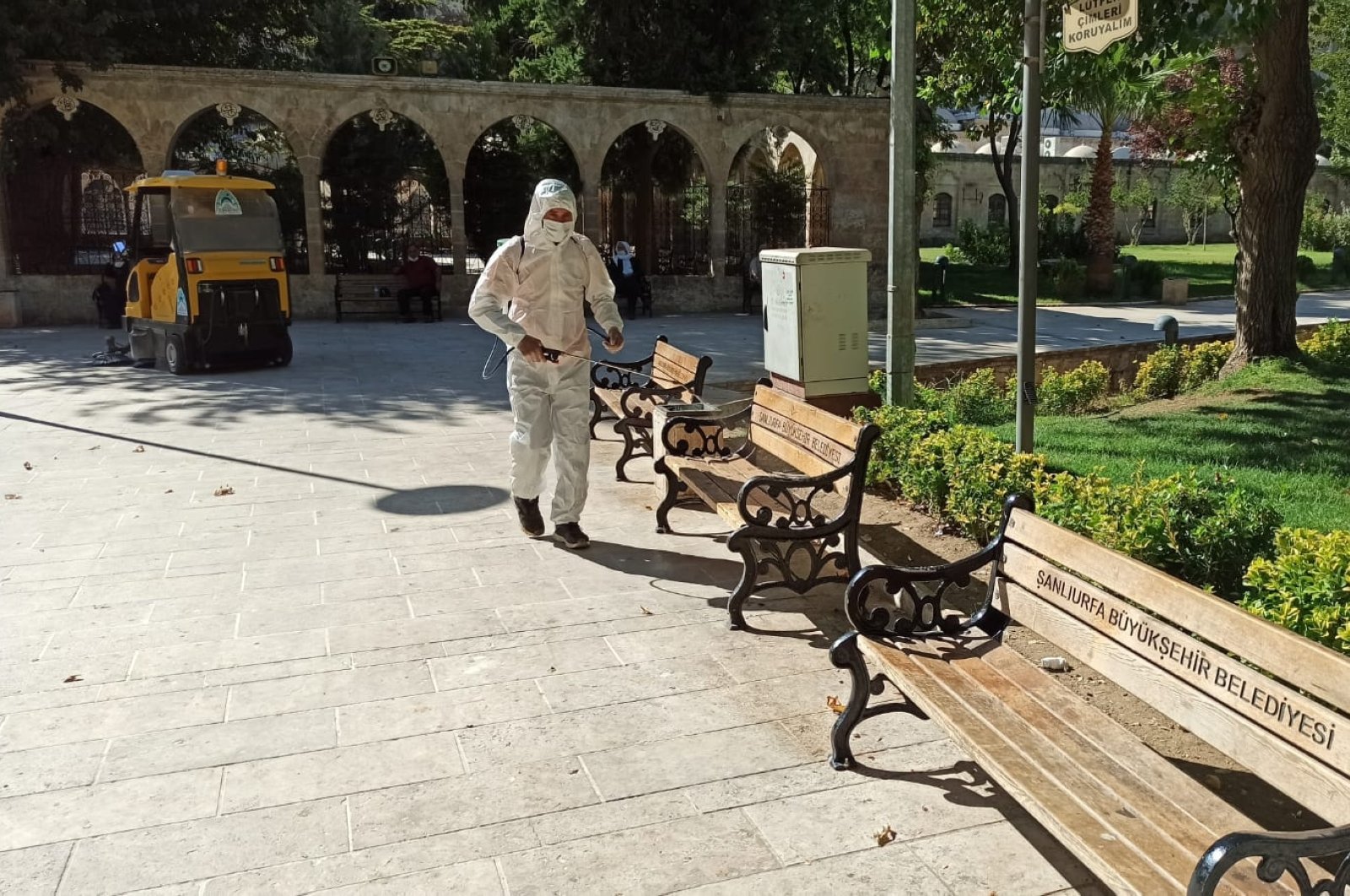 Experts call for tracking of superspreaders, people who do not show symptoms but can infect more people than others who have COVID-19, as they are blamed for a rise in the number of patients

As Turkey heads into a winter of uncertainty where flu cases may mingle with coronavirus cases, superspreaders pose a risk for the country.

Superspreaders without symptoms should be better monitored, experts say. Professor Haluk Eraksoy from Istanbul University’s Faculty of Medicine urges authorities to devise a special tracking program for those who can spread the virus more than other patients. Eraksoy warns that the infection risk is even higher if these people are present in crowded places.

Turkey in early summer gradually lifted coronavirus restrictions, though measures like mandatory masks and social distancing rules remain in place. Most businesses were allowed to reopen and weekly curfews ended, however, Turkey continues to enforce compulsory mask-wearing with fines for those who do not comply. Crowded events are also banned and those violating quarantine rules are forcibly isolated.

Eraksoy warns that superspreaders are not aware of the danger they pose and acknowledges it is difficult to detect them. He said superspreader risk should be examined by epidemiology experts, who should analyze the distribution of superspreaders in society and the frequency of the rate they are encountered in the outbreak.

“People of certain professions who work closely with people should be frequently scanned for virus risk with a tracking program. These professions include supermarket cashiers, drivers of mass transportation vehicles and employees in the service sector. If these people are found to be superspreaders, it will be a disaster. Tracking will allow us to find positive patients among them and better isolate them,” he said.

Studies show varying patient characteristics may determine who becomes a superspreader. Based on their health status, some people tend to “shed” more of the virus and continue to do so for a long time, due to their unique immune system and distribution of virus receptors in the body. According to a 2019 study by a group of American scientists, some people breathe out more particles or “droplets” than others when they talk. Droplets from the mouth are a particular risk for infection. The study also found that the more sociable a person, the more likely he or she is to spread the virus. Neglecting hand hygiene also facilitates the transmission of the virus from one person to another.

On Wednesday, Turkey reported 1,581 new patients and 1,355 more recoveries. The total number of patients is now 329,138 while recoveries reached 288,954. Between Tuesday and Wednesday, 116,608 tests were conducted, bringing the total number of tests to more than 11.6 million. Fifty-six more patients died, increasing the total death toll to 8,609. Health Minister Fahrettin Koca said on Twitter that there was a downward trend in the number of patients in critical condition, adding this number could be reduced with early treatment. The figures also showed that the number of patients in critical condition currently stands at 1,411, while 6.2% are suffering from pneumonia.

Earlier, the Health Ministry’s Coronavirus Scientific Advisory Board announced that Turkey plans to increase the number of tests.

The board said there are five vaccines that are close to being ready for human trials. Following the completion of experimental trials on animals, the first production phase for human studies has begun and the production of the other four candidate vaccines is close.

Turkey is also continuing trials of a Chinese vaccine. Professor Murat Akova from Hacettepe University in the capital Ankara, where the vaccine was first tested on volunteers, said they did not come across serious side effects on volunteers for the Sinovac vaccine. He said the vaccine will most likely be available for public use early next year. More than 100 volunteers have been innoculated at the university since Sept. 16. Akova, who coordinates human trials both at the university and in 24 other centers across the country, told Demirören News Agency (DHA) on Thursday that they were now heading to a process of checking antibody production in volunteers and they would be monitored for one year. He said around 1,200 people would be injected by the end of October and 13,000 people would be injected by the end of 2020.

Speaking Thursday at a health summit organized by a hospital association in the capital Ankara, Health Minister Fahrettin Koca said the pandemic showed the necessity of capable manpower, strong health infrastructure, a stable and comprehensive health care system, cooperation, political resolution and leadership and, “above all,” sacrifice and devotion to the fight against the pandemic. He said “human resources are more important than financial resources” and thanked Turkish health care workers who have played a crucial role in the fight against the coronavirus outbreak.

Koca said that Turkey also proved itself in the international community by providing medical support to other countries and developing its own treatment algorithm. “Our medicine and medical equipment sector have been our driving forces during the struggle against the pandemic,” he highlighted.

The minister noted that the outbreak is not over yet and the threat still exists. “We cannot relax measures. We cannot give up vigilance in health facilities, in the field,” he warned.