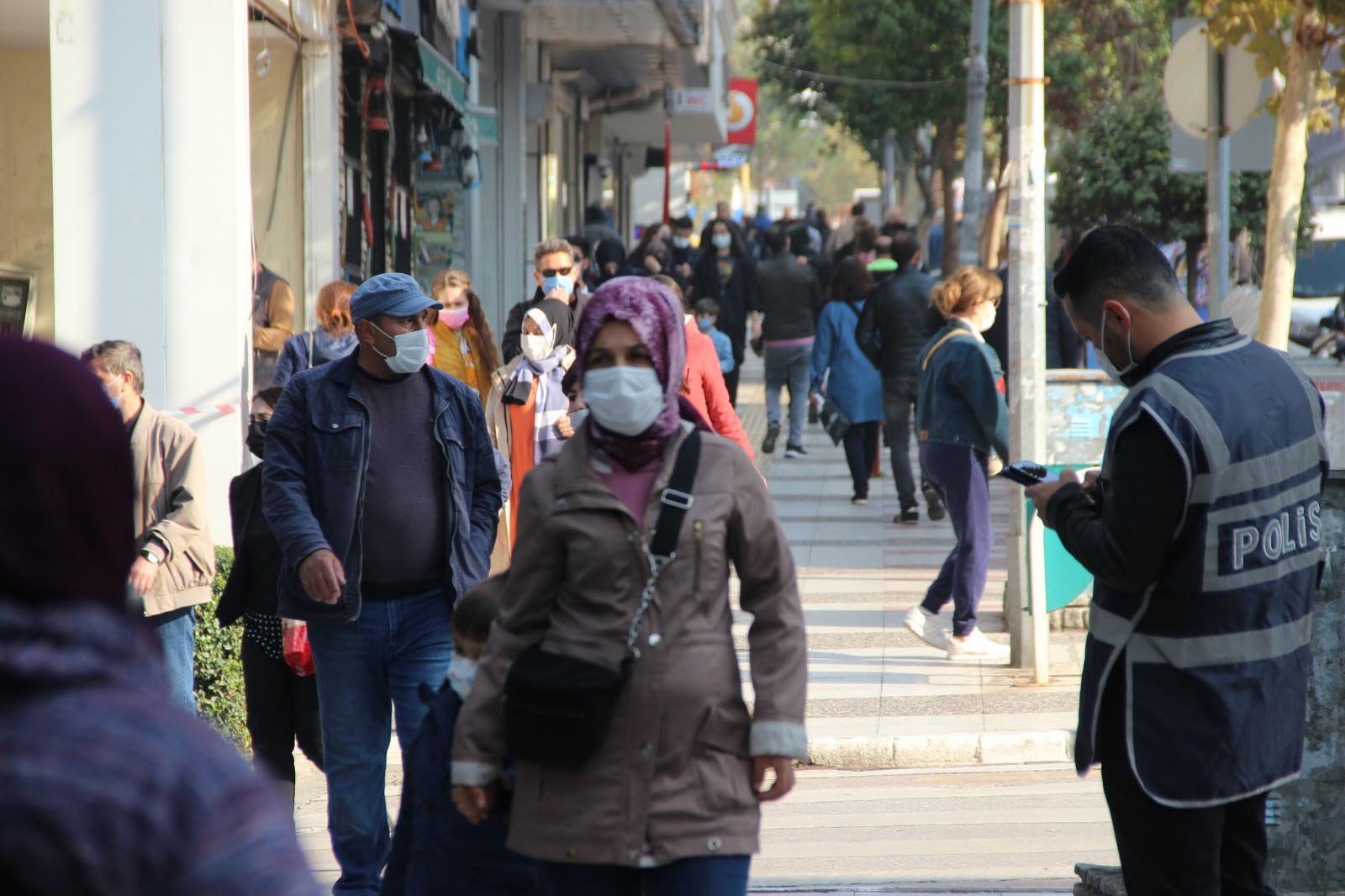 Turkey is braced for a new stage in restrictions as the number of coronavirus patients surges. Starting on Friday evening, restaurants and cafes will be shut down, and on Saturday, the first weekend curfew in months, though partial, will be in force.

Associate professor Afşin Emre Kayıpmaz, a member of Health Ministry’s Coronavirus Scientific Advisory Board, says that the result of the restrictions, announced by President Recep Tayyip Erdoğan earlier this week after a Cabinet meeting, would be assessed after two weeks.

“I hope we can bring the number of patients under control with individual measures, new restrictions and closures. If we are still back to square one after two weeks, if the increase in the number of critical patients burdens our health care capacity, we will bring harsher restrictions to our agenda,” he told Demirören News Agency (DHA) on Thursday.

Kayıpmaz’s remarks come at a time when Turkey is experiencing one of the worst increases in the number of infections since the pandemic made its foray into the country in March. Though the number of recovered patients surpassed 361,000, the death toll now stands at 11,820. The total number of patients reached 425,628 while the number of tests exceeded 16.6 million since March.

He said that the virus found “circumstances that allow it to spread indoors venues not ventilated properly” with the onset of winter, adding that infections between family members and mobility in social life forced implementation of new measures.

“Each factor has an impact on infections. Lately, we have seen a rise in infections in places like cafes and restaurants and among households. We have to avoid visiting each other at home. We should not accept guests and visit others. If senior citizens are in need of help, things they need should be delivered to their home, at their doorstep, but a longer visit can infect them,” he warned.

According to the new measures, a partial curfew from 8 p.m. to 10 a.m. will be imposed nationwide on weekends. Schools will remain shut for the remainder of the first semester, with students switching to online education. Restaurants and cafes will be barred from hosting customers and will only be allowed to provide delivery and takeout orders. Businesses such as grocery stores, shopping malls and hair salons had their operating hours limited to 10 a.m. to 8 p.m. A previously introduced partial curfew throughout the week for senior citizens who are 65 and older would be expanded to include youth 20 and younger.

Kayıpmaz ruled out a full lockdown for two weeks as speculated by some media outlets and said it was difficult to control the outbreak this way. “People would be more mobile after a two-week full lockdown, but we have to take gradual measures based on trends. Every option is on the table. Additional measures can be advised,” he said.

Turkey will sign a contract within days to buy at least 20 million doses of a COVID-19 candidate vaccine from China's Sinovac Biotech, the health minister was cited as saying, adding that Ankara was also in talks to buy doses of Pfizer and BioNTech's vaccine.

"We will be able to procure at least 10 million doses of the Chinese vaccine in December. We want to increase this number. It will be just as much in January, too," Health Minister Fahrettin Koca was quoted as saying by Anadolu Agency (AA). "This figure can easily double, probably. A contract will be signed on this in one or two days," he said at his ministry's budget presentation in the Parliament on Wednesday.

Turkey would become the second buyer of the Chinese vaccine after Brazil. Preliminary trial results have shown that Sinovac's experimental COVID-19 vaccine CoronaVac triggered a quick immune response, but the level of antibodies produced was lower than in people who have recovered from the virus. While some countries including Turkey have been conducting tests for Sinovac's experimental vaccine, Brazil is currently the only country that has agreed to receive doses of it. CoronaVac and four other experimental vaccines developed in China are in late-stage trials to determine their effectiveness. Pfizer Inc. BioNTech and Moderna are among those reporting the effectiveness of their experimental vaccines at more than 90% effective based on interim data from large, late-stage trials.

Pfizer and BioNTech may secure emergency U.S. and European authorization for their COVID-19 vaccine next month after final trial results showed it had a 95% success rate and no serious side effects, the drugmakers said on Wednesday. Koca said Turkey was in talks to buy their vaccine as well, once it obtained its license. "If so, the number that can be given to Turkey is 1 million. We have talks right now to gradually go up to 25 million within the year starting from January," Koca was quoted as saying.