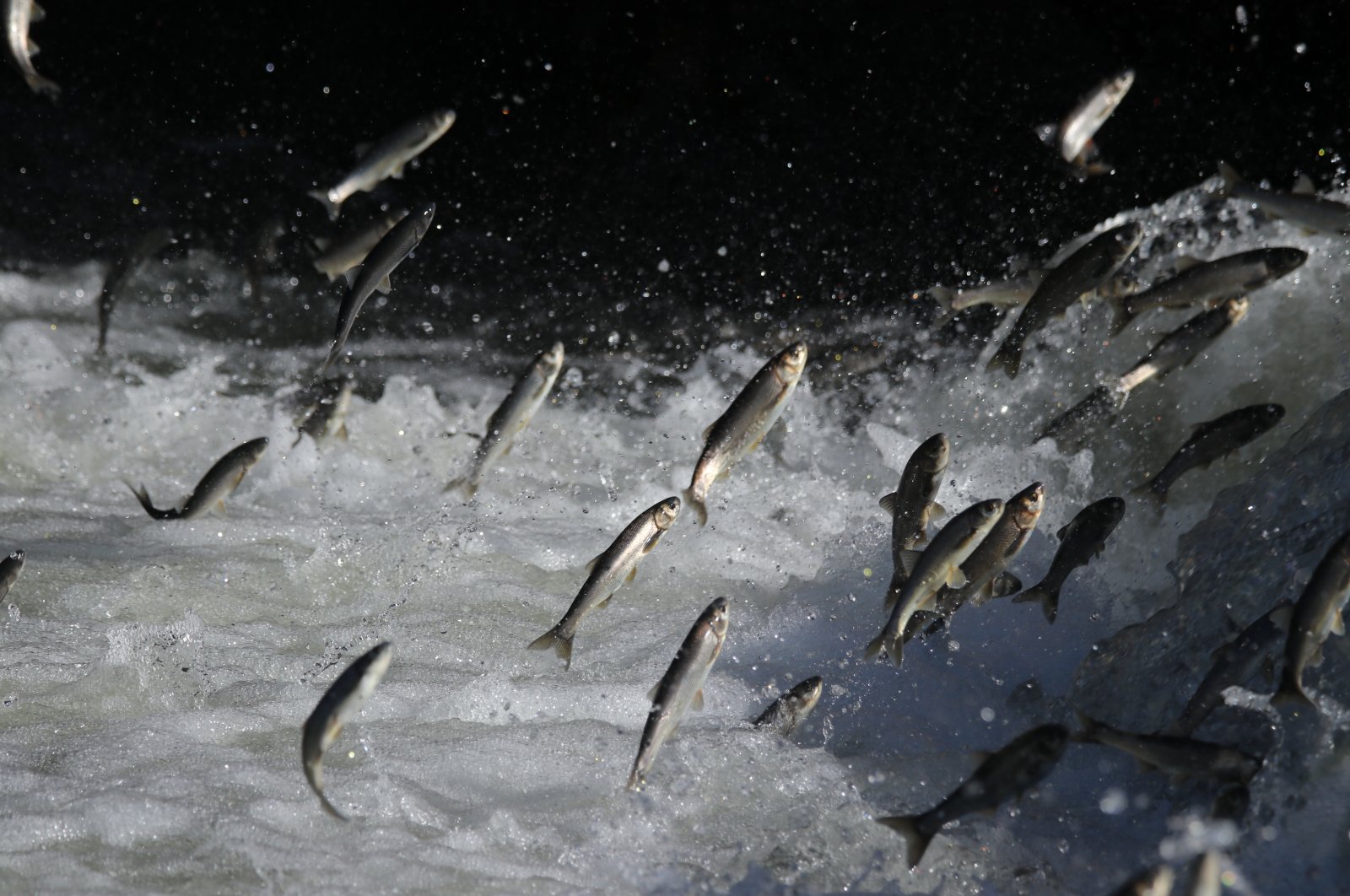 Pearl mullets are seen migrating from Lake Van to tributary rivers for spawning during May to June, Van, Turkey, May 3, 2021. (AA Photo)
by DAILY SABAH WITH AA May 18, 2021 6:16 pm
RECOMMENDED

Turkish police rescued 15,200 kilograms (33,510 pounds) of pearl mullets, an endemic fish species found only in Lake Van in eastern Turkey. Like in past years, the relevant authorities and security forces are taking every precaution necessary at lakeside to ensure that the pearl mullet, which are frequently smuggled due to their financial value, are not targeted by poachers, according to a statement made by the Provincial Directorate of Agriculture and Forestry.

Four people who illegally hunted the pearl mullet that migrated to fresh waters from Lake Van to breed between April 15 and July 15 were fined 7,416 Turkish liras (around $890). The captured pearl mullets were returned back into the lake.

Provincial Director of Agriculture and Forestry Ibrahim Görentaş said that the hunting ban, which started May 15 in Lake Van, will last until July 15.

Görentaş stated that they are working in coordination with the gendarmerie, police and other institutions to protect pearl mullets.

"The fishing ban which started May 15 will continue until July 15. Our teams continue to inspect the area during the day and night for poachers who want to hunt both the pearl mullet and carp species during their breeding season."

Known scientifically as "alburnus tarichi," and also commonly as tarek, Van fish or "inci kefali" in Turkish, pearl mullets are truly tested by their habitat. The salinity of the water hinders them from reproducing in the largest soda/alkaline lake on Earth. Consequently, they migrate through the lake’s tributaries to spawn. This transition is a challenge in itself, as if the switch from salty to fresh water is too sudden, it can be lethal. Hence, the fish wait it out to adjust to the new conditions. With no food in sight and under the constant threat of being eaten alive by predators such as seagulls and water snakes, soon begins their bumpy ride.

Measuring about 20 centimeters in length, the lively mullets try to jump four times higher than their size, overcoming obstacles including a 70-cm-high waterfall on their way to lay their eggs. Once the females manage to lay their eggs, the males follow them to leave milt. Then, in about a week, new baby fish will hatch into the world. Following this, the fish return to the lake within a month.