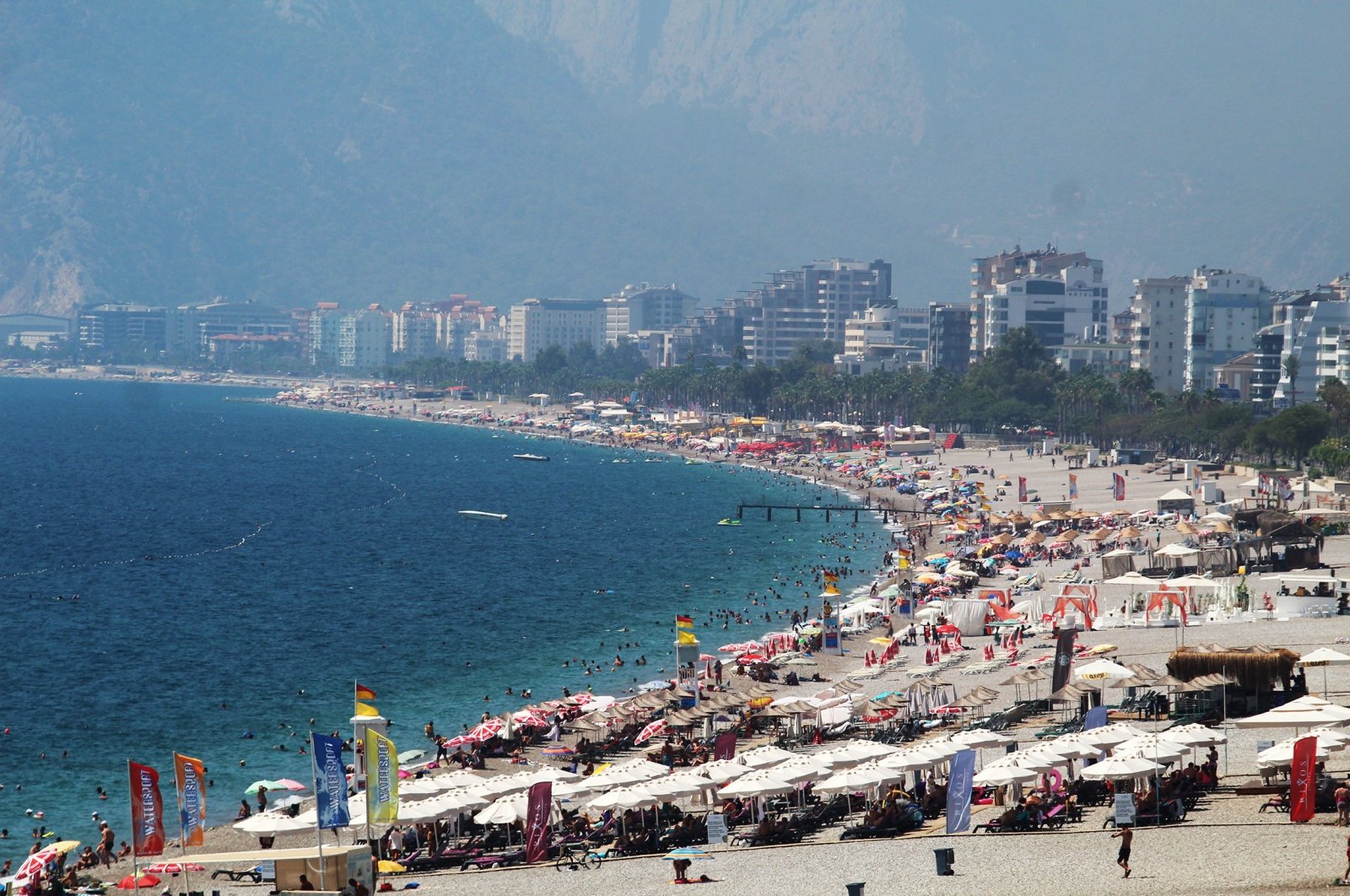 Earlier this week, experts said that heat wave that was taking hold in western Turkey is expected to continue throughout next week. They also warned the public, particularly senior citizens, children and people with chronic illnesses to be cautious when going out between 11 a.m. and 4 p.m. in most cities, including Antalya.

Famous Konyaaltı beach became a hotspot for people seeking relief from the extreme heat. Locals and tourists indicated that despite the record high temperatures they were having a good time in the city.

Petra Knok, a tourist from Germany, told Demirören News Agency (DHA) that she came Antalya to swim and sunbathe to escape the cold weather in her country.

“People living in Antalya are very lucky,” she noted.