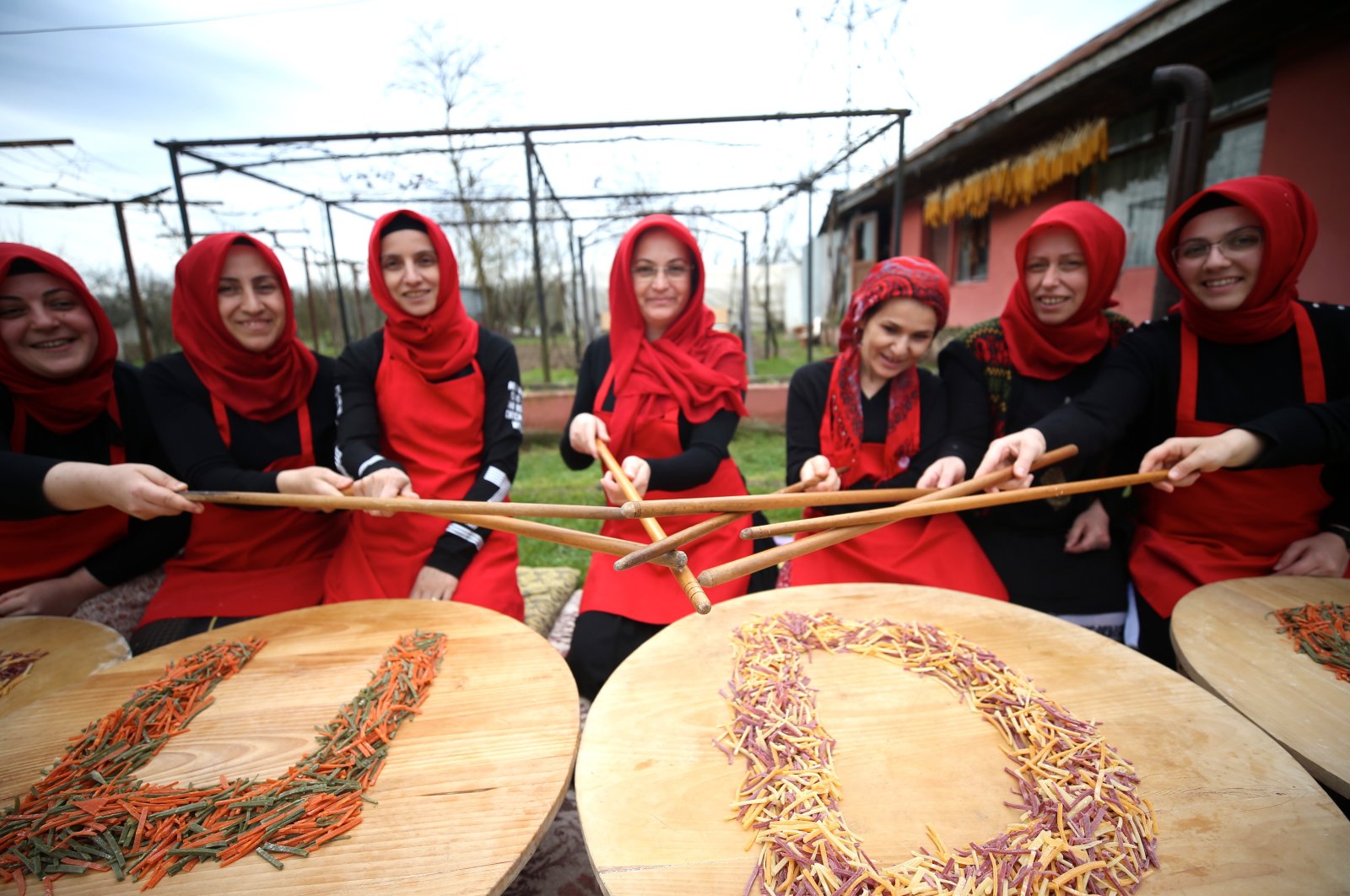 A group of women pose with food they produce in their cooperative in Düzce province, northwestern Turkey, March 8, 2020. (AA Photo)
by DAILY SABAH Aug 05, 2020 2:59 pm
RECOMMENDED

Women will soon find new opportunities for entrepreneurship thanks to a series of cooperatives set up by the Ministry of Family, Labor and Social Services.

The “Empowerment of Women Through Cooperatives” project aims to increase the number of cooperatives that allow women to join forces for self-employment. Minister Zehra Zümrüt Selçuk said in a written statement Wednesday that the project would play a part in the government’s goals to boost women’s employment as a joint project between her ministry, the Ministry of Agriculture and Forestry and the Ministry of Commerce.

Initially, 3,500 women will be trained while 1,500 who have already joined or formed cooperatives will receive extra training. “We plan to set up a pool of advisers for 1,000 women and offer them consultation on how to form cooperatives as well,” Selçuk said.

The government has increased loans and incentives for female entrepreneurs in recent years to help boost their participation in the male-dominated workforce, rolling out a series of incentives for working women, from longer maternity leaves to financial support for daycare needs, as well as payments to grandparents caring for their grandchildren who have working parents.

As for female entrepreneurs, the government already provides up to TL 50,000 ($7,110) in loans and plans to extend them to more women willing to set up their own businesses.

The female employment rate in the country fluctuates at around 30%. Turkey aims to boost it to at least 34% by 2023.