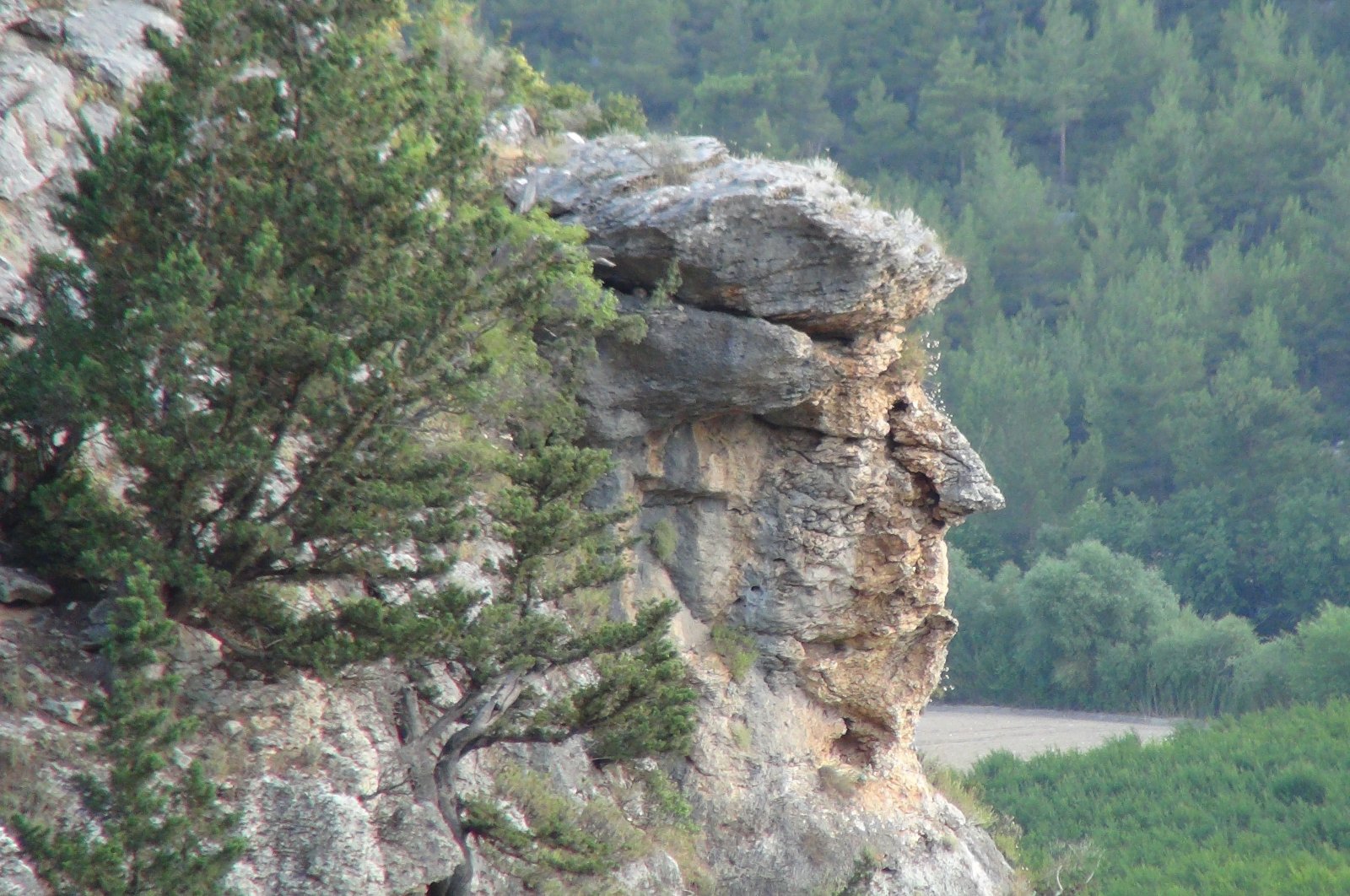 That unmistakable bouffant crowning his head may be something to stand on, and that easily recognized nose is something you can climb over. Locals of Silifke, a southern Turkish town most famous for its yogurt, seeks to cash in on the striking resemblance of an ancient rock to the U.S. president.

The bluff, resembling the head of Donald Trump, has been drawing selfie enthusiasts to the town in Mersin province.

Mustafa Kaya, headman of the Bükdeğirmeni neighborhood where the slightly barren rock is located, says they have a newfound interest in the rock after Trump’s election. “It only got famous after more people started recognizing Trump,” he told Ihlas News Agency (IHA) on Tuesday.

Mustafa Yasin Bulut, another local, says the rock became an attraction for visitors after its photo made rounds on social media.