Turkey bans sale of hand-rolled cigarettes, sellers to be sentenced 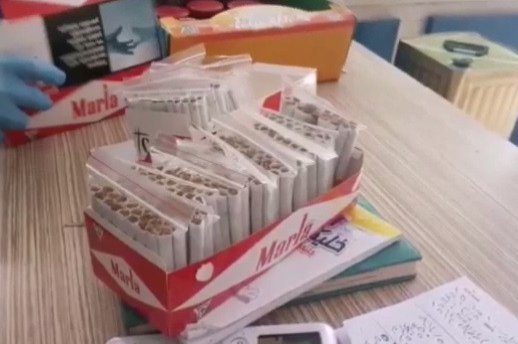 Hiking cigarette prices has driven smokers to tobacco shops, which recently flourished across the country. These shops normally sell tobacco by kilos or grams and separately sell empty rolls. However, authorities say smokers are increasingly turning to the sale of hand-rolled cigarettes, whose prices are far cheaper than regular cigarettes. Yet, it is difficult to trace the contents of hand-rolled cigarettes which are sold in packs without official brands.

Studies show hand-rolled cigarettes illegally sold in tobacco shops contain a high level of cadmium and lead and other materials harmful to the health.

Yüksel Denli, deputy head of the Ministry of Agriculture and Forestry’s Department of Tobacco and Alcohol, told Anadolu Agency (AA) that the new regulations aim to prevent a yearly tax loss of about TL 9.5 billion ($1.4 billion).

Turkey has taken stricter measures against smoking in recent years. The percentage of smokers in the country is 28%, according to official figures.