Turkey celebrates a scaled-down yet joyful Youth and Sports Day 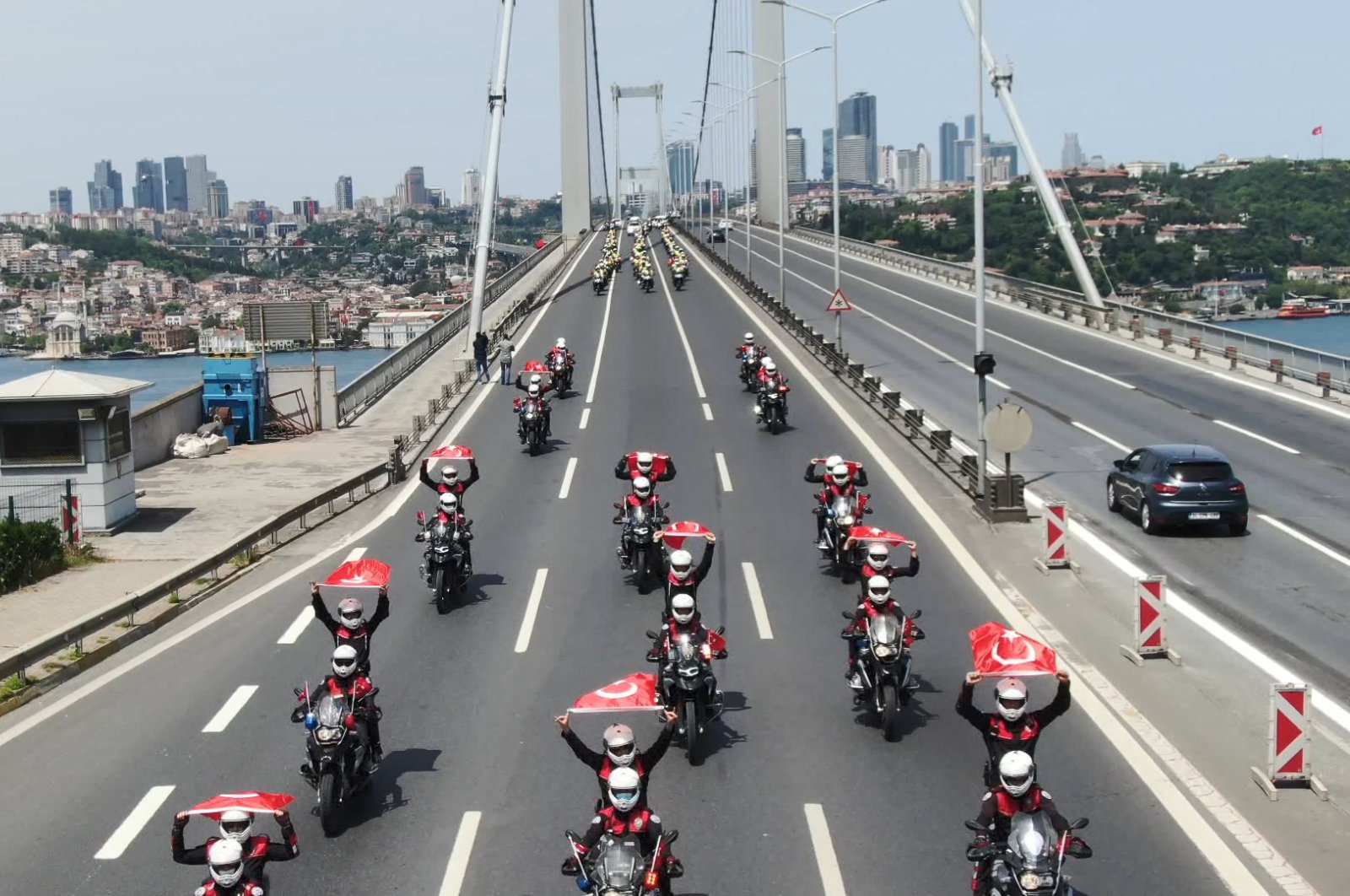 A Turkish police cortege takes place on the Bosporus Bridge, which is almost empty due to the four-day curfew imposed as part of the coronavirus struggle, Istanbul, Turkey, May 19, 2020. (DHA Photo)
by DAILY SABAH May 19, 2020 3:07 pm
RECOMMENDED

Turkey’s Youth and Sports Day on May 19, which is normally celebrated with large events, marked by a long list of activities is now downsized by the coronavirus pandemic.

In a videoconference with young citizens from all around the country on Tuesday, President Recep Tayyip Erdoğan said that May 19 is a source of inspiration for Turkish youth.

“For 18 years, we are working to raise new generations with self-confidence and having national conscience,” the president said.

The COVID-19 pandemic forced Turkey to cancel festivals and other crowded events, but the government and the public turned to other means to mark the days.

A 101-vehicle cortege of the Istanbul Security Directorate took a city tour in Istanbul. The event was attended by Justice and Development Party (AK Party) deputy Kenan Sofuoğlu, who has five Supersport World Championship titles in his 15-year racing career.

Also, a virtual run event was held, which replaces the usual running events held every year across the country. Starting Monday night, national athletes, celebrities and running fans across the country joined a 19-hour, 19-minute “remembrance run” at home.

May 19 is a national holiday and its full name is the Commemoration of Atatürk, Youth and Sports Day. It marks the date Mustafa Kemal Atatürk, the founder of modern Turkey, arrived in the northern city of Samsun in 1919 to drum up support for his fight for the country’s independence amid the imminent collapse of the Ottoman Empire. Since 1938, the day originally dedicated to the War of Independence has also been celebrated as Youth and Sports Day.