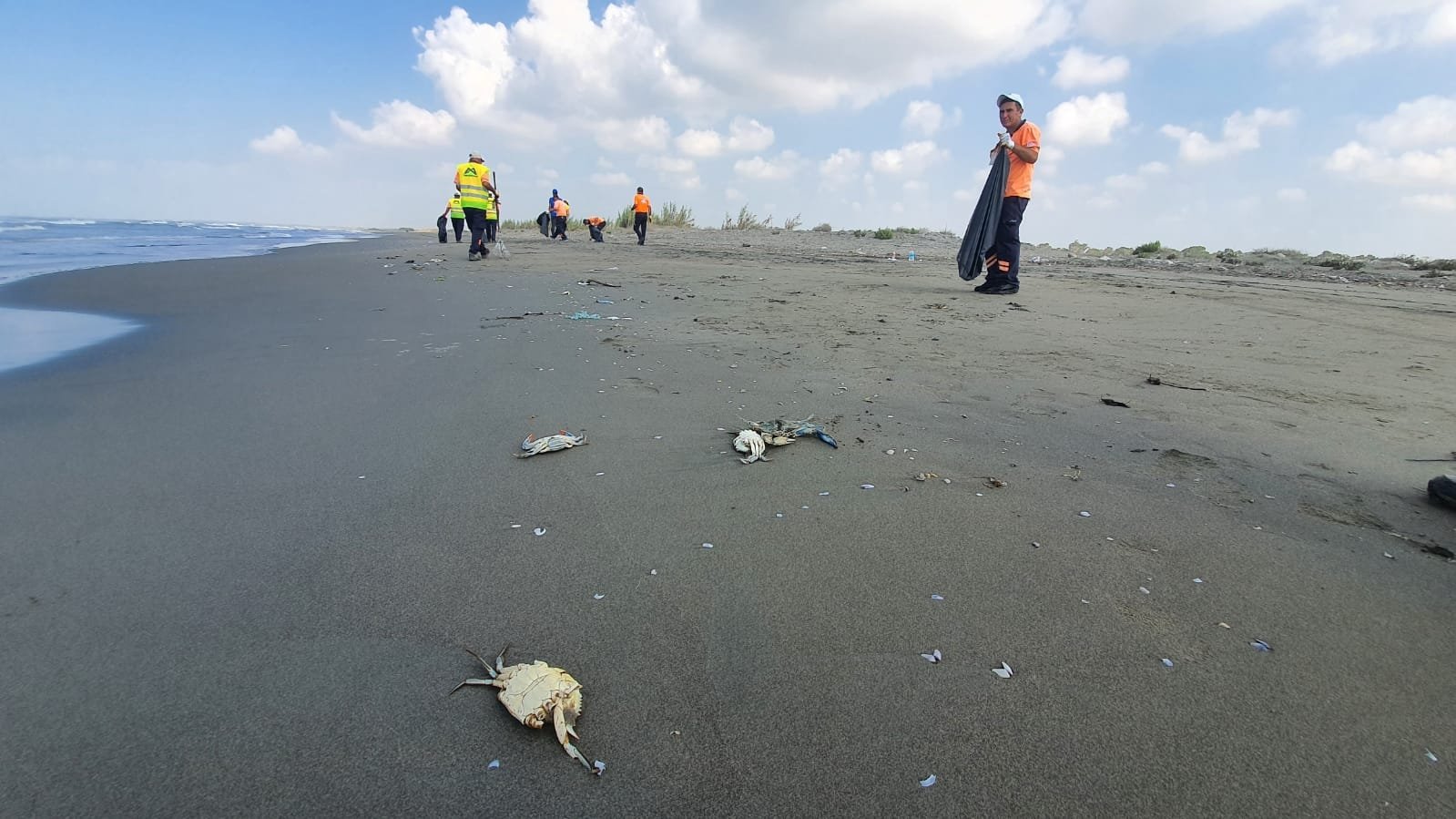 The Mediterranean shores of Turkey are still under threat from an oil leak hailing from Syria week after the spill was identified. The leak stemmed from the Baniyas power plant in the eponymous regime-controlled area of Syria south of Turkey.

The size of the leak ranges from 2 to 4 tons of fuel, regime officials had said earlier. Initial satellite imagery showed an oil sheen 36 kilometers (22 miles) long, but newer imagery shows that the spill is larger than anticipated and reaches deeper into the Mediterranean.

Over the past two days, workers strove to clean up the sea and beaches spanning a 13 kilometer-long coastal strip in the Akdeniz and Tarsus districts of the southern province of Mersin. Crews concentrated their efforts on an area hosting the confluence of the Seyhan and Berdan rivers. Solid waste covered with oil that had washed ashore was collected while corpses of marine creatures such as bluefin crabs were also found on the beach.

Hüseyin Özgür Yalçın, head of the Directorate of Environment and Urban Planning in Mersin, which leads cleaning efforts along with local municipalities, said waste originating from the slick started emerging off the coast recently and they acted swiftly to clean it up. Yalçın told Anadolu Agency (AA) on Monday that the pollution was evident in three different locations and that the public should not be worried. “We took all measures. Pollution stemming from leaks has been collected and disposed of in facilities designed for waste disposal without harming the environment."

Turkey also sent ships equipped with sea barriers, oil skimmers, oil absorbent pads and containment tanks to the Turkish Republic of Northern Cyprus (TRNC), which also faced risk from the oil slick. Earlier this month, the TRNC’s Minister of Public Works and Transportation Resmiye Canaltay said that shifting winds had temporarily pushed the fuel back toward Syria. But the minister added that he still expected at least some of the oil to reach Turkish Cyprus. "There will be major damage to our habitat," Canaltay told local television. TRNC environmental officials said up to 20,000 tons of fuel oil had spilled from the power plant on Syria's Mediterranean coast. They added that marine life was in particular danger because some of the oil had started to solidify and sink to the bottom of the Mediterranean Sea.