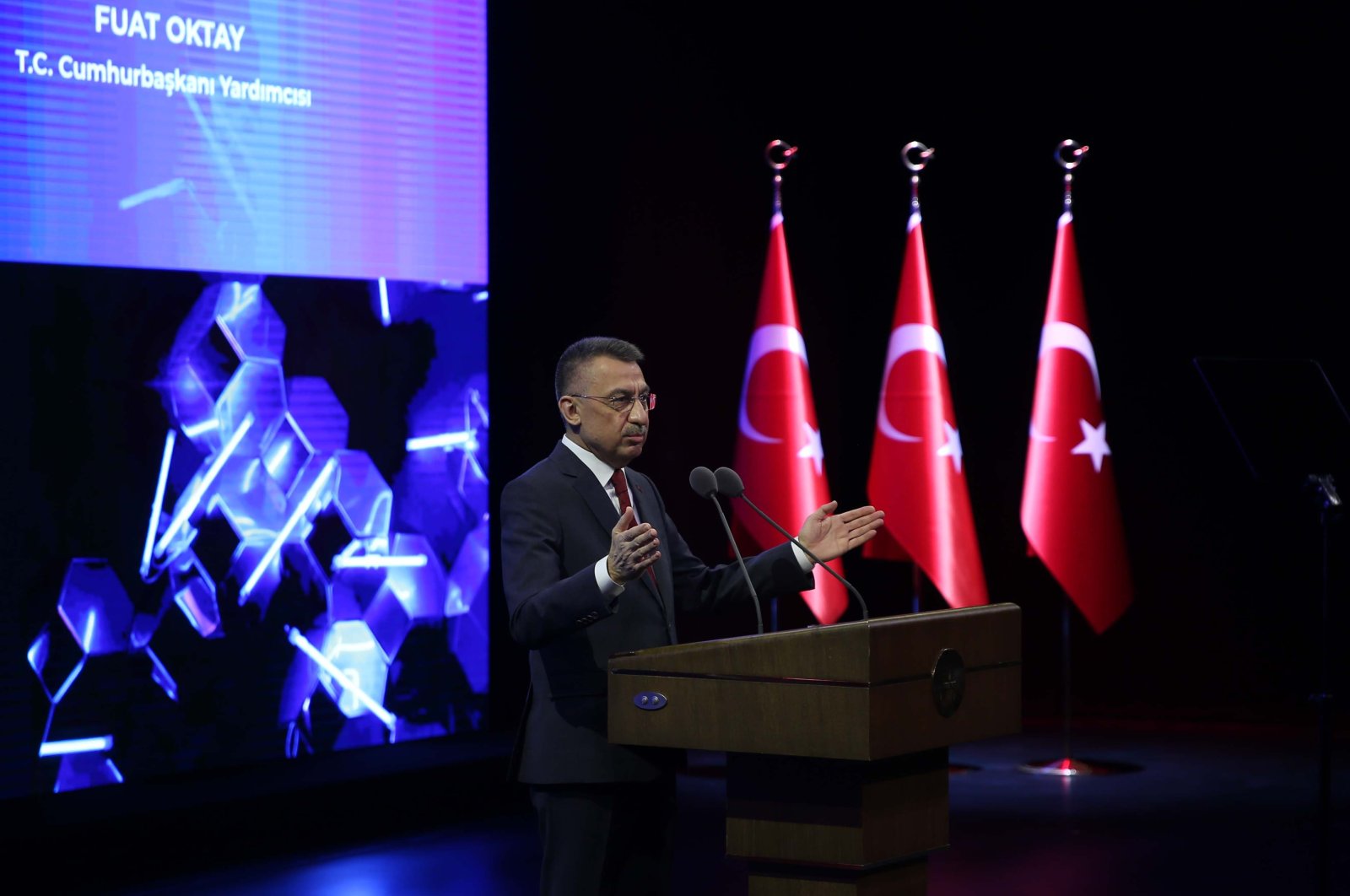 On Monday, the presidential complex in the capital Ankara hosted a National Cybersecurity Summit, attended by some of the main actors in the country’s cyber defense arena and high-ranking officials, including Vice President Fuat Oktay.

The event, part of the Cybersecurity Week that started Monday, focuses on the improvement of cyber defense and includes a virtual fair of cybersecurity products.

In the inauguration speech for the summit, Oktay said they aimed to ensure a "fully sovereign Turkey" in cyberspace.

"We won't be safe in the future if we cannot protect the data we own and create like we protect our borders and homeland," Oktay said. He noted that they now have more than 4,700 cybersecurity experts and crews working to foil attacks against any field, from defense and communications to health care and energy.

"With our local and national information technology systems, including Kasırga, Avcı, Azad, Atmaca and Kule, we detect cyber threats in the shortest time and at a lower cost, and we intervene. Turkey is now in 20th place in the Global Cybersecurity Index after jumping 23 spots recently. This is a good development but not enough," Oktay said.

"Turkey’s data will remain in Turkey and it is being protected by locally made and national security walls. We will develop more smart systems with local means and eliminate Turkey's foreign dependence in cybersecurity," he added.

Ali Taha Koç, who heads the Turkish Presidency's Office of Digital Transformation, said at the summit that 2020 has been a difficult year in terms of cybersecurity with hundreds of thousands of cyberattacks, especially after the coronavirus outbreak expanded. He warned against the threats to systems used for remote connection in the time of the pandemic.

"Serious security breaches were detected, for instance, in videoconference applications and we focused on developing our own videoconference products. They are now ready to compete with their foreign counterparts," he said.

In February, the country inaugurated the National Cybersecurity Intervention Center (USOM) as part of efforts to boost cybersecurity. The center in Ankara enlists the help of security software developed by local firms and serves as an outpost for defense against cyberattacks.