Turkey expands scope of human trials for vaccine from China 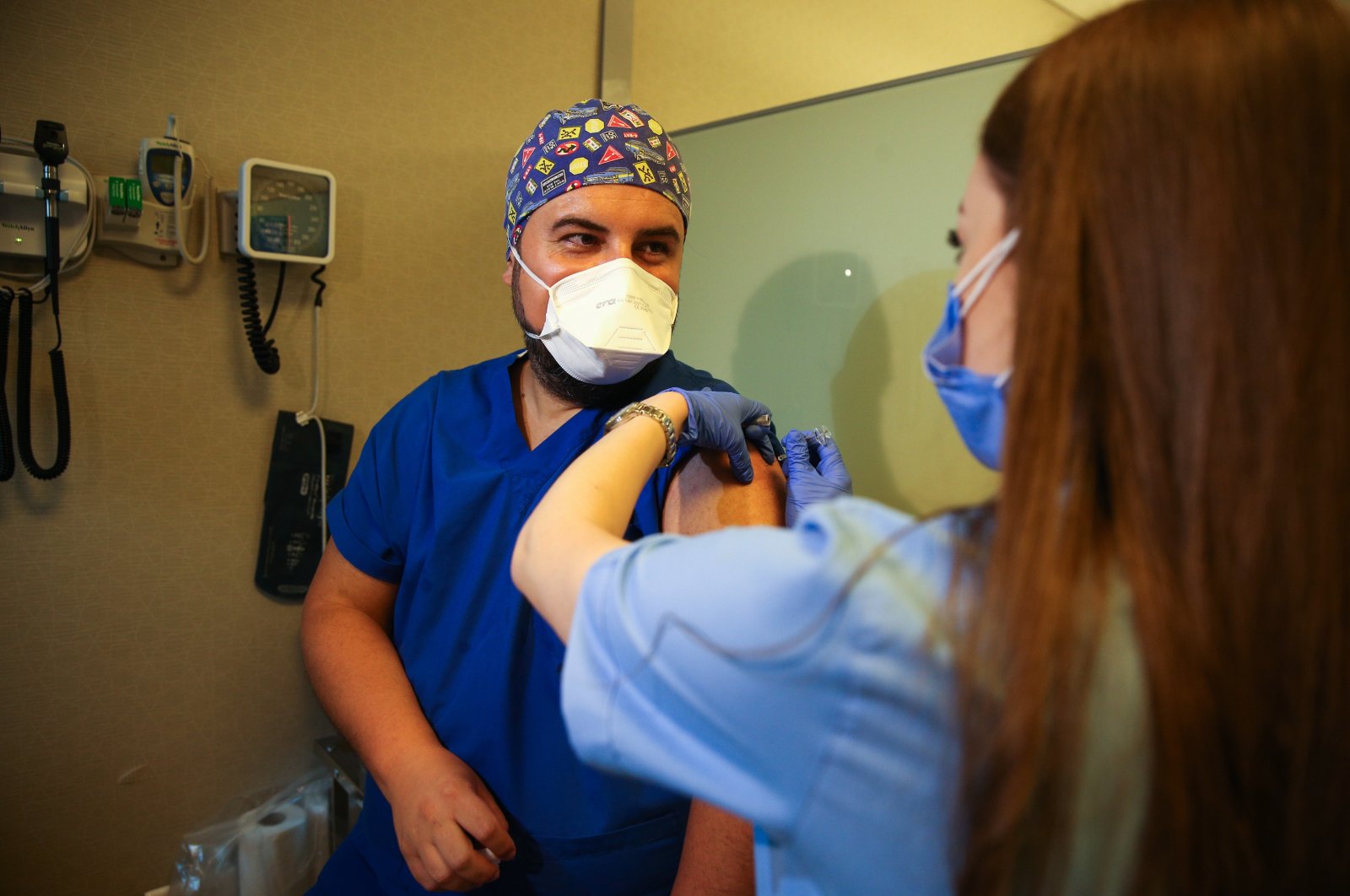 After the vaccination of health care workers, Turkey's Health Ministry is now turning to citizens from all walks of life for a new stage in the human trials of CoronaVac, an experimental COVID-19 vaccine from China.

The ministry announced in a written statement Friday that people between the ages of 18 and 59 who have not had the coronavirus before can apply online or by phone to the ministry to become volunteers in the Phase 3 trial of the vaccine.

CoronaVac was the first experimental vaccine brought for trial to Turkey when a group of health care workers stepped up to the plate to be inoculated in September. A monitoring process of the impact of the vaccine is still underway at 25 centers in 12 cities across the country where volunteers are vaccinated. So far, 726 health care workers have been inoculated and received 1,237 doses of the vaccine in total.

The Health Ministry’s decision to include ordinary citizens in the trial followed studies that indicated the safety of the vaccine among the first batch of volunteers. Assessment reports are being prepared for every 500 volunteers during the course of the trial. The latest report published on Nov. 6 included 518 volunteers and found no serious side effects of the vaccine, according to the Health Ministry’s statement. The most common side effects and their rate of occurrence are as follows: fatigue (7.5%), headache (3.5%), muscle pain (3%), fever (3%) and local pain in the part of the arm where the vaccine was injected (2.5%). An independent monitoring committee evaluating the existing data did not report any reservations on the safety of the vaccine.

The country is also running human trials for a vaccine jointly developed by U.S.-based Pfizer Inc. and Germany’s BioNTech. Earlier this month, human trials also started for ERUCOV-VAC, an inactive vaccine candidate developed by scientists at Erciyes University in the central province of Kayseri. Authorities earlier announced that the country was closer to human trials for three locally made vaccines out of a total of 13 vaccines in development.

If the trials prove successful, the country plans to inoculate 2.5 million people with the CoronaVac. Health care workers, members of law enforcement and people working in crowded places will be prioritized for the first mass vaccination, which is scheduled for early 2021.

Turkish scientists are also working on 10 projects for the development of drugs to treat the deadly disease.

With a recent surge in the numbers, Turkey now has had more than 430,000 coronavirus patients, and fatalities have risen to 11,943. Recoveries, meanwhile, have exceeded 364,000. The total number of tests conducted since March, when the first cases were reported, has surpassed 16.7 million.