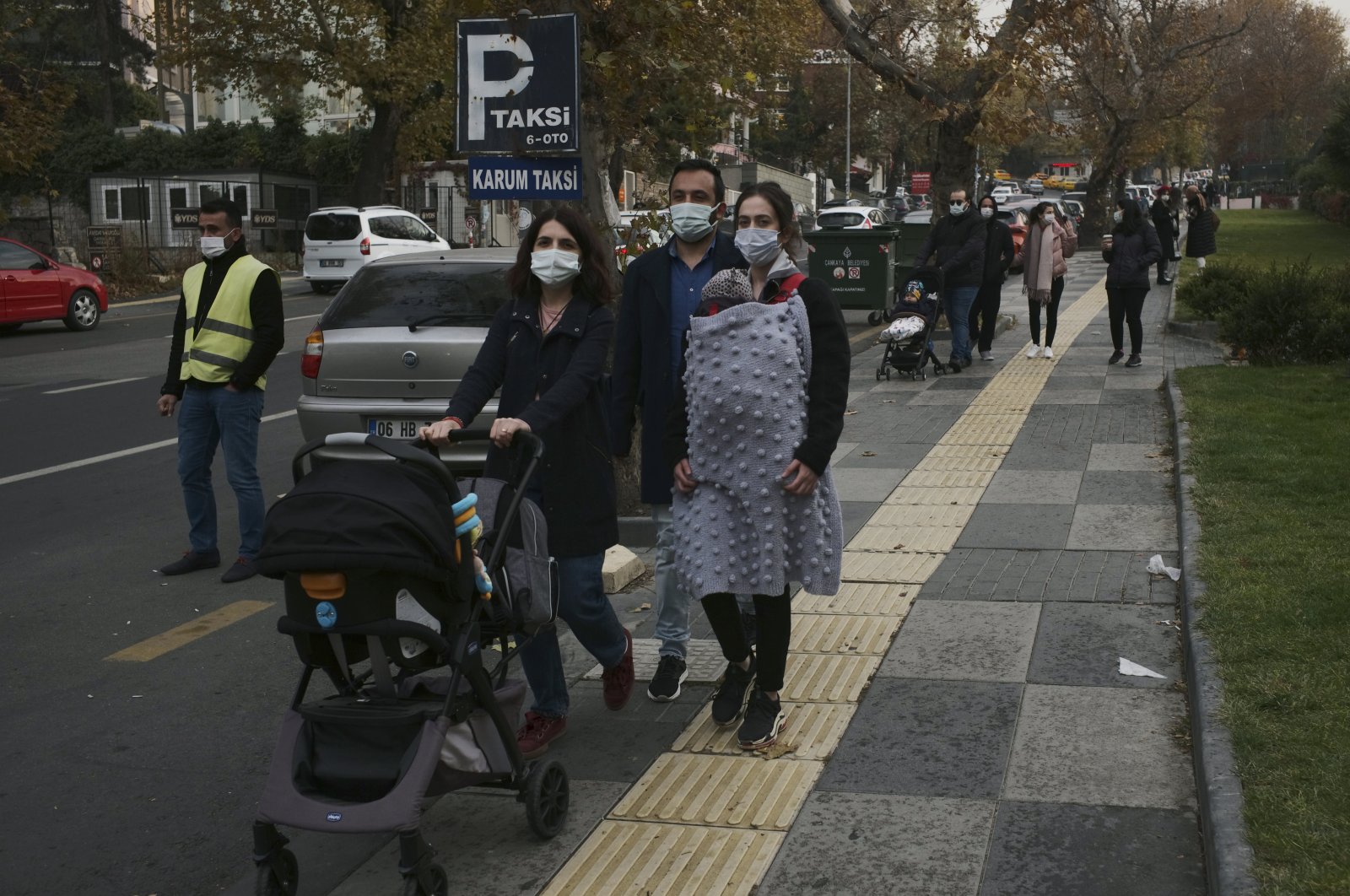 Turkey closed schools for the remainder of the semester and introduced a nationwide weekend curfew from 8 p.m. to 10 a.m. as President Recep Tayyip Erdoğan on Tuesday announced several restrictions to curb the increasing number of COVID-19 patients across the country.

Speaking after a Cabinet meeting that lasted more than three hours, Erdoğan said restaurants and cafes would be open for takeaway and deliveries only.

Businesses such as grocery stores, shopping malls and hair salons would have their operating hours limited to between 10 a.m. to 8 p.m. Restaurants and cafes will be able to serve takeaway orders during the hours and will switch to delivery-only after 8 p.m.

During his announcement, Erdoğan said the previously introduced curfew for senior citizens, above 65 and older, would be expanded to include youth aged 20 and below.

However, the Interior Ministry on Wednesday revised the rules of the curfew for those age groups, allowing citizens aged above 65 to go out between 10 a.m. and 1 p.m., while people aged 20 or younger will be allowed from 1 p.m. to 4 p.m.

The new restrictions also order that all sports events be held without fans.

The other measures Erdoğan announced include the closure of traditional Turkish tea houses until further notice, as well as shutting down cinemas until the end of the year.

Concerning education, the president said the schools that entered a weeklong fall break on Friday would remain shut and education would be switched to online only.

According to the Interior Ministry, the new restrictions will come into effect starting at 8 p.m. Friday. The first of the weekend curfews will start at 8 p.m. on Saturday.

Following declining coronavirus numbers in the summer, Turkey kick-started a multiphased plan in September to reopen schools, reintroducing students back to classrooms grade-by-grade.

While the Education Ministry was in the final phase of its plan to fully reopen schools, with no major outbreaks reported among the students, the general outlook of the worsening coronavirus crisis forced the government to revert back to online education.

A total of 3.657 patients are in critical condition.

The weekly hospital bed occupancy rate stands at 54.7%, according to the ministry figures.

Urging people to adhere to coronavirus guidelines, Health Minister Fahrettin Koca said complying with the measures and acting together are most important in the fight against the virus.

The virus has claimed nearly 1.32 million lives in 191 countries and regions since last December, according to the U.S.-based Johns Hopkins University.

Over 54.5 million people have been infected, and more than 35 million recovered from the disease to date.