Turkey launches fundraising campaign for those hit by pandemic 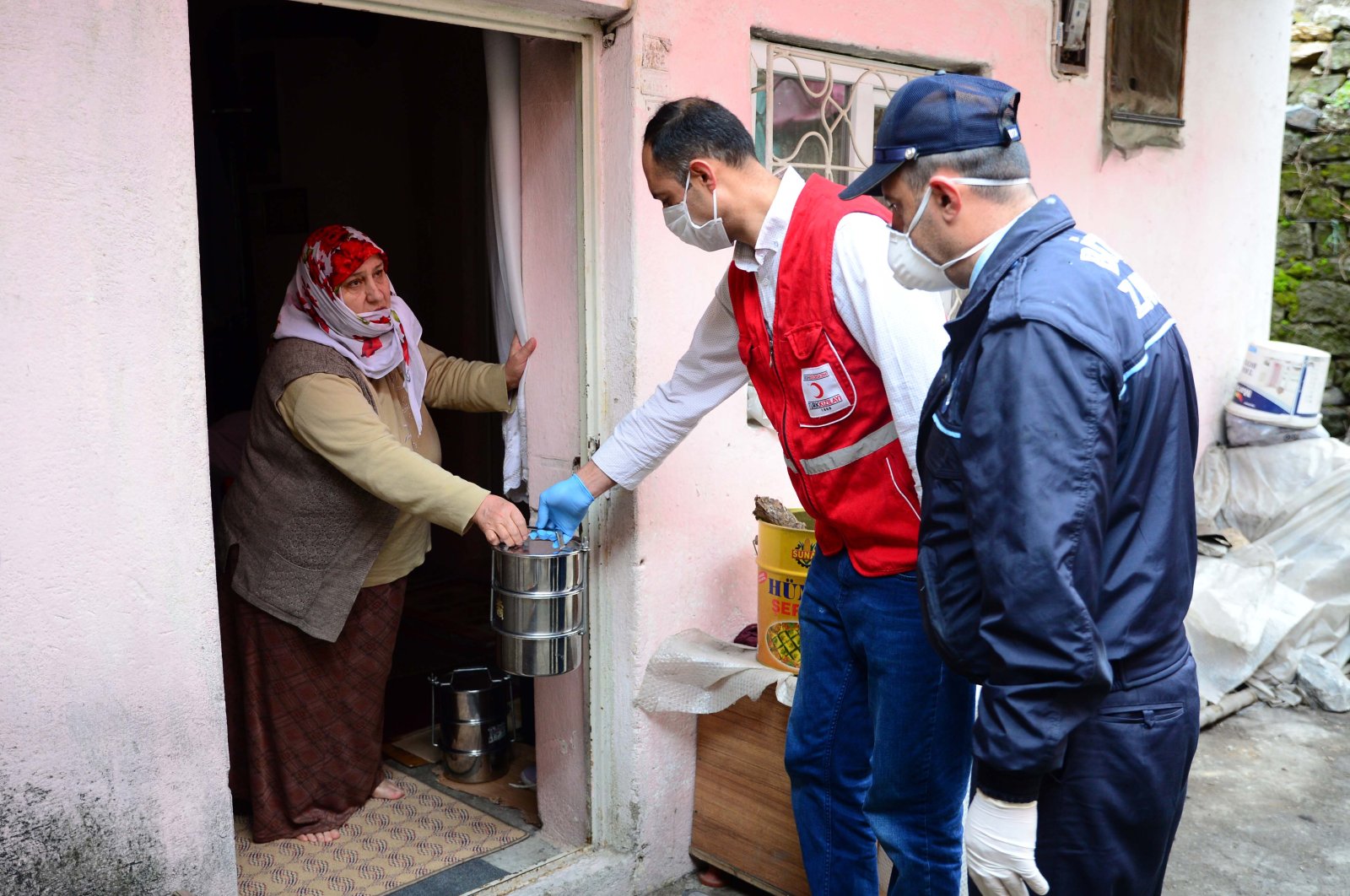 If there is one thing that grows stronger in times of crisis for Turkey, it is solidarity. As the nation mobilized to protect those most vulnerable with various efforts from volunteering to sewing masks to delivering food, the presidency announced a new fundraising campaign. In the meantime, the country has also reached out to other countries in need of medical aid, from Spain to Italy.

President Recep Tayyip Erdoğan on Monday announced a nationwide campaign to help citizens financially affected by the coronavirus pandemic. Announcing the "We are self-sufficient, Turkey" campaign, Erdoğan said he will donate seven months of his salary as a way to kick start the fundraiser and added that several ministers have already joined in as well. On Tuesday, prominent names, from mayors and governors to politicians announced their donations as well, giving away at least three months' worth of salary.

“Our goal is to help those financially struggling, especially daily wage workers, due to the precautions taken against the outbreak,” Erdoğan said.

The president also called on all lawmakers, mayors and bureaucrats to contribute to the campaign. He urged citizens planning to donate during the Muslim holy month of Ramadan to do so in advance.

Turkey had earlier launched a campaign to help the elderly who were confined to their homes due to a curfew to protect them. Volunteers deliver aid or shop for groceries for the elderly.

The campaign seeks to repeat an example of solidarity which was previously witnessed in the aftermath of disasters like earthquakes where similar aid campaigns were launched. The government already started an additional payment of TL 1,000 for the needy families while public lenders are providing a loan of TL 10,000 with repayment starting six months later. Pensions were also delivered in advance to millions.

In Istanbul, people aged 65 or over with no financial means will receive food packages at their homes, Gov. Ali Yerlikaya said Friday. The campaign, which started March 23, covers nearly 50,000 people and will last for six weeks.

Speaking about precautions against the COVID-19 pandemic, Erdoğan said Turkey was among the most prepared countries. The president said that from masks to medicine, Turkey was in a place to produce its own supplies needed in the fight against the pandemic. “We have so far distributed more than 24 million surgical masks, 3 million N-95 masks, 1 million gowns and 181,000 protective eyewear. We also have the means to increase the production rate of these materials,” he said. “We will continue taking any necessary precautions to preserve our health and safety,” he said as he once again urged all citizens to practice social distancing and avoid going outside their homes. “Let’s obey the rules and not get careless. No virus is stronger than our solidarity," the president said.

The president also said Turkey planned to send a cargo plane filled with medical supplies to Spain to help the country combat the virus this week.

A ship carrying medical aid has also been dispatched to Italy, Erdoğan said.

“There are also other countries where we have sent our domestically produced medical supplies. As such, we have also sent a ship-load of medical supplies via Turkish Red Crescent to Italy, who is going through difficult times,” Erdoğan said.

“The stronger Turkey gets, the longer it can extend its helping hand to its allies," he said. In a Twitter post, the Italian Red Cross shared photos of the supplies along with a thank you note for Turkey. “Medical supplies sent by the Turkish Red Crescent arrived in Rome. Thank you, sister Turkey!” it said.

Italy has registered more deaths than anywhere else in the world and accounts for more than a third of all global fatalities from the virus. According to Italian authorities on Monday, the COVID-19 death toll climbed by 812 to 11,591, while the number of new cases rose by 4,050 to reach 101,739. Meanwhile, Spain has become the country with the fourth-highest number of infections in the world, surpassing South Korea as cases in Spain rose by roughly 1,000 in 24 hours to 8,744 on Monday, and the number of fatalities reached 297.

Turkey first sent medical equipment to China, the epicenter of the virus outbreak, in February, when it sent a military cargo plane to evacuate its citizens in China’s Wuhan. When Turkey’s eastern neighbor Iran started reporting a barrage of coronavirus cases, the country donated 1,000 test kits, thousands of masks and protective clothes to the country.

The Palestine-Turkey Friendship Hospital in Gaza will start operations as part of efforts to curb the novel coronavirus, a spokesman for the Palestinian government said Tuesday.

Speaking at a news conference in Ramallah, Ibrahim Melhim said Palestinian President Mahmoud Abbas and Erdoğan agreed during a phone call to start the operation of the hospital in Gaza. The spokesman thanked the Turkish government and people "for their continuing support for Palestine."

Funded by the Turkish Cooperation and Coordination Agency (TİKA), the construction of the 180-bed hospital was completed in 2017. Palestinian authorities have confirmed 117 coronavirus cases, including 10 in the Gaza Strip. Gaza's health system has been badly affected by Israel's 13-year blockade amid a severe shortage of medicine and medical equipment.

Erdoğan made his national address after he convened a historic Cabinet meeting via teleconference, in line with social distancing measures to fight the virus. It was the first Cabinet meeting held via videoconference in Turkish history.

The number of people diagnosed with COVID-19 in Turkey increased to 10,827 on Monday, while the death toll reached 168, Health Minister Fahrettin Koca said.

In recent weeks, Turkey has closed most public spaces, schools and universities, and restricted public transport. It also imposed a 24-hour curfew for people aged 65 or over as well as for those with chronic illnesses.