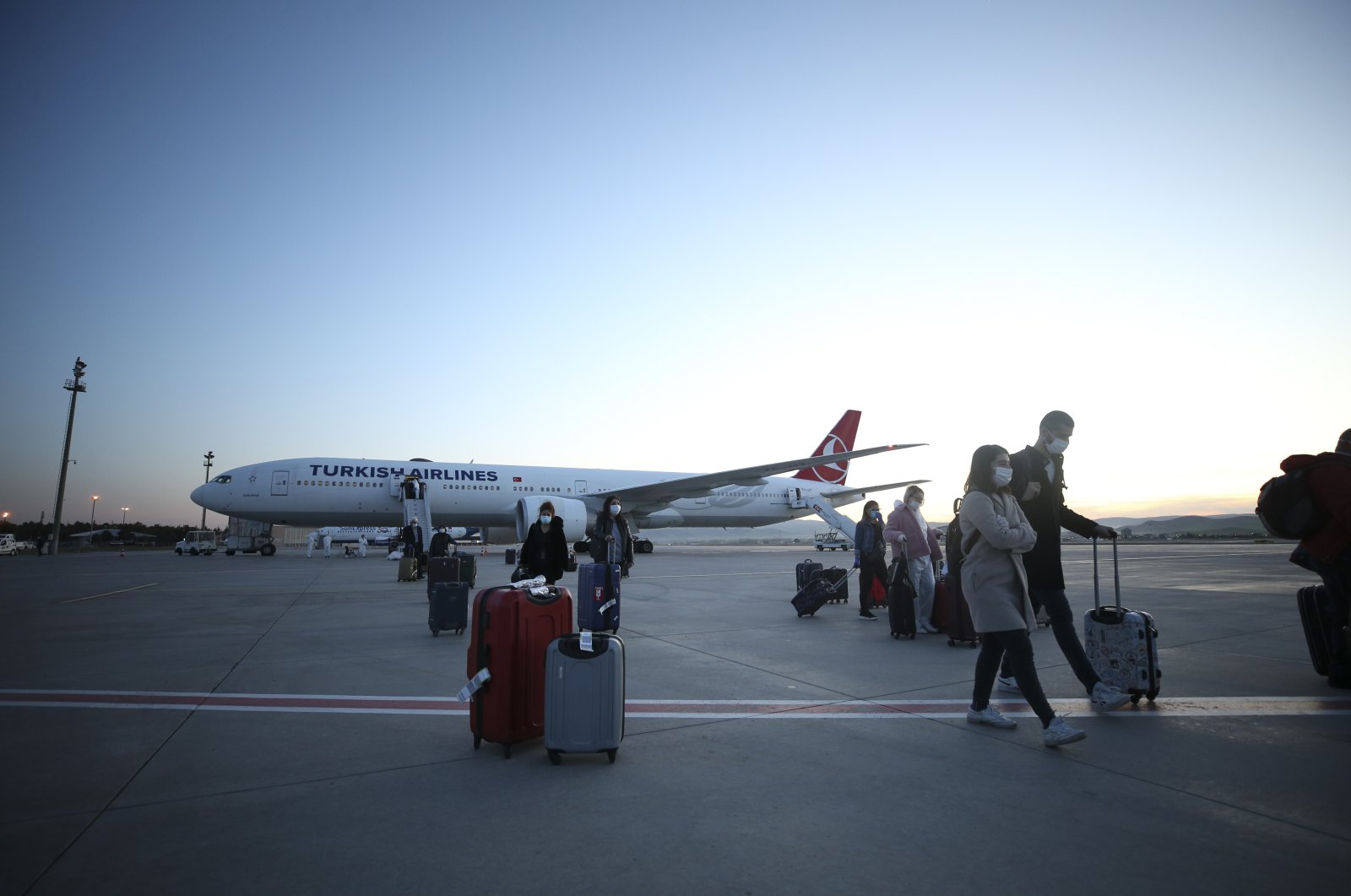 With 25,000 citizens already repatriated since the beginning of the coronavirus outbreak, Turkey commenced a mass homecoming plan to bring back an additional 25,000 nationals stuck abroad in time for the Muslim holy month of Ramadan

As the coronavirus pandemic continues to dominate headlines, Turkey is set to bring back nearly 25,000 expats from 59 countries so they can spend the Muslim holy month of Ramadan at home with their families.

Announcing the plan in a Twitter post, Vice President Fuat Oktay said Turkey has always stood by its people regardless of their location amid the pandemic, which has claimed over 145,000 lives across the globe.

Oktay said the Turkish nation and state are determined to face down the coronavirus crisis with the help of the country's fellowship and solidarity.

According to Oktay, the mass evacuation plan will require joint collaboration between several ministries and governorates.

Since the coronavirus pandemic crippled international travel, millions of people were left stranded far from their homes. Governments across the world launched evacuations plans, but the sheer number of people and lack of commercial flights caused the issue to take longer than anticipated.

In line with governments and airlines across the world, Turkey suspended all of Turkish Airlines' (THY) international flights for an indefinite period as of March 27, including those to New York and many European destinations.

With all commercial flights coming to a halt, the Foreign Ministry has dispatched military and civilian airplanes to dozens of countries since the outbreak began, bringing thousands home, but more still remain stranded.

On Friday, 442 citizens became the latest to be brought home on two flights.

Some 262 Turkish citizens were evacuated on a flight from London and were placed under a 14-day quarantine to prevent potential further infections.

The passengers, who arrived at Esenboğa Airport in the capital Ankara, were transported to Çankırı province on buses accompanied by police teams.

While the police teams enforced security measures around the building, provincial municipality teams disinfected the buses.

Similarly, a plane carrying 180 citizens from Ukraine landed in the northern province of Trabzon. The evacuees were then taken to neighboring Rize province to be placed under quarantine for two weeks.

According to the Foreign Ministry, around 25,000 citizens have been brought home since Turkey launched its first evacuation on Jan. 30 to evacuate its citizens from China’s Hubei province, the then-epicenter of the outbreak.

“So far at least 25,000 citizens have been brought back home from 70 different countries. They have been kept in quarantine,” Foreign Minister Mevlüt Çavuşoğlu said Friday.

“Upon the instructions of our President Recep Tayyip Erdoğan, we will bring back our citizens stranded abroad that have requested to return home as soon as quarantine facilities are established for them,” he added.

According to data released by the ministry, 54,300 Turkish citizens have so far contacted the ministry to request safe passage home. The majority of the requests were from Ukraine, the Turkish Republic of Northern Cyprus (TRNC), Saudi Arabia and several European countries.

The total number of coronavirus cases in Turkey climbed to 74,193 with 4,801 new cases reported in the past 24 hours, while the death toll rose to 1,643 as the virus claimed 125 more lives, according to the Health Ministry on Thursday.

While the Foreign Ministry continues working to bring people back home, the Interior Ministry faces a more challenging task over the weekend: keeping people at home.

Trying to stop citizens from giving in to the allure of sunny weather with the arrival of spring and thereby risking infection, Turkey ordered a total curfew to be imposed in the country's largest cities for the weekend for the second time.

Erdoğan announced the curfew during an address to the nation on Monday, days ahead of the weekend to give citizens enough time to stock up on groceries and avoid scenes that were witnessed a week earlier.

On April 10, the Interior Ministry announced a curfew for the largest cities at 10 p.m., two hours before the lockdown began, and the announcement caused the public to rush to the few open markets in a panic to stock up on supplies.

Following criticism about the timing of the announcement, Interior Minister Süleyman Soylu on Sunday submitted his resignation, though this was duly rejected by Erdoğan.

“Our goal is to protect citizens who might otherwise give in to the temptation provided by the good weather, from the dangers of coronavirus. I would thus like to announce ahead that we will impose a curfew starting at midnight on April 17 and ending on Sunday at midnight,” Erdoğan said.

Similar to last weekend, bakeries, pharmacies and water delivery companies will continue to operate during the curfew.