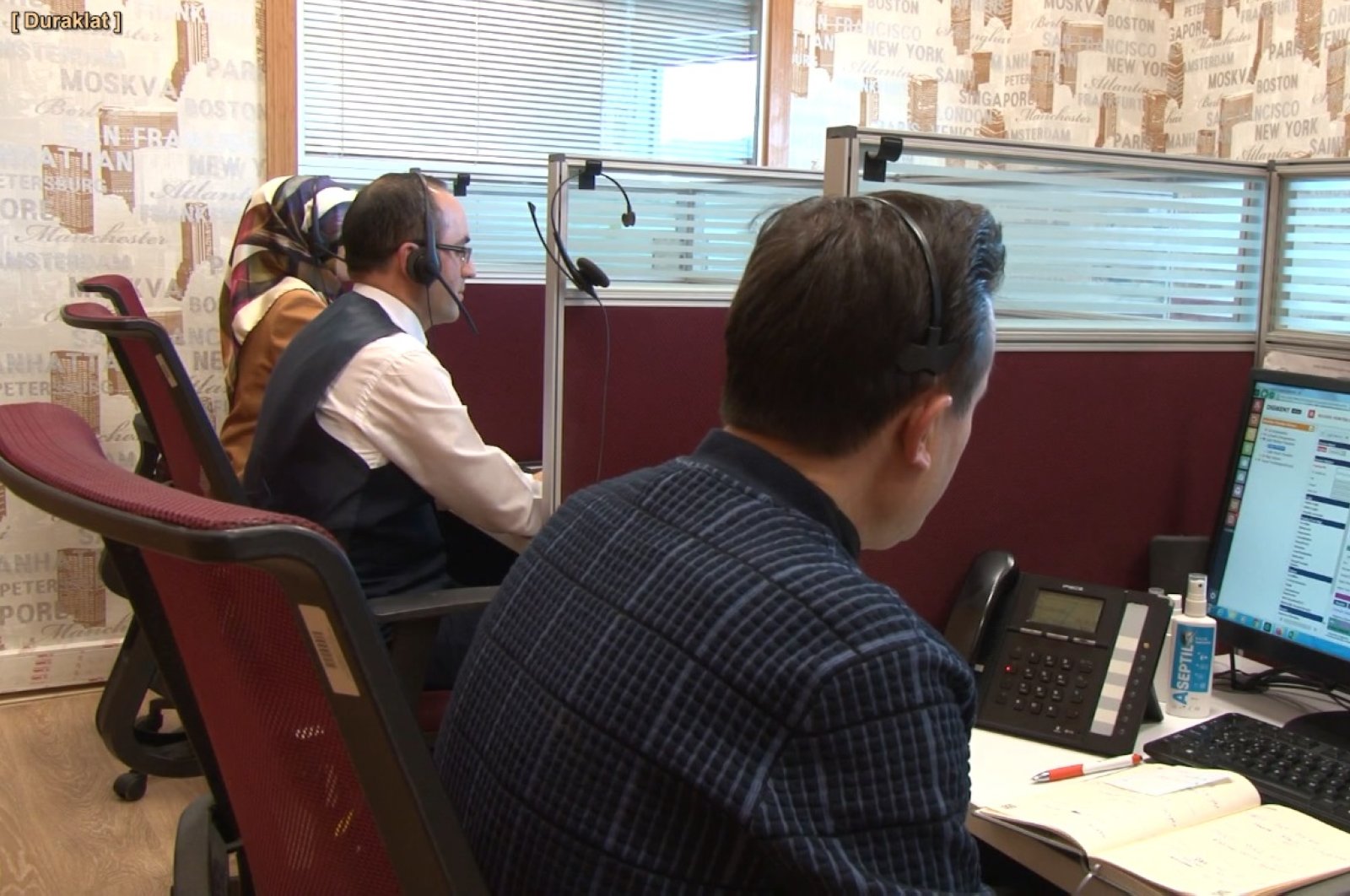 Civil servants working in a coronavirus hotline in Istanbul's Tuzla (DHA File Photo)
by Daily Sabah with AA Mar 23, 2020 1:44 am

Turkey is allowing civil servants to work from home and in shifts as part of measures to address the novel coronavirus outbreak, according to an announcement published Sunday in the Government Gazette.

The flexible work arrangements apply to employees of public institutions and organizations, said the statement.

Turkey earlier on the same day confirmed nine more deaths from COVID-19, the disease caused by the novel coronavirus, as the total number of confirmed cases in the country rose to 1,256.

The decision for state workers, who were previously being considered for administrative leave, will be valid until a new one is made, it added.

The novel coronavirus first emerged in Wuhan, China last December and has spread to at least 169 countries and regions, according to data compiled by the U.S.-based Johns Hopkins University.

More than 329,000 confirmed cases have been recorded worldwide with the death toll now approaching 14,400, while over 97,000 have recovered.

The World Health Organization has declared the outbreak a pandemic.