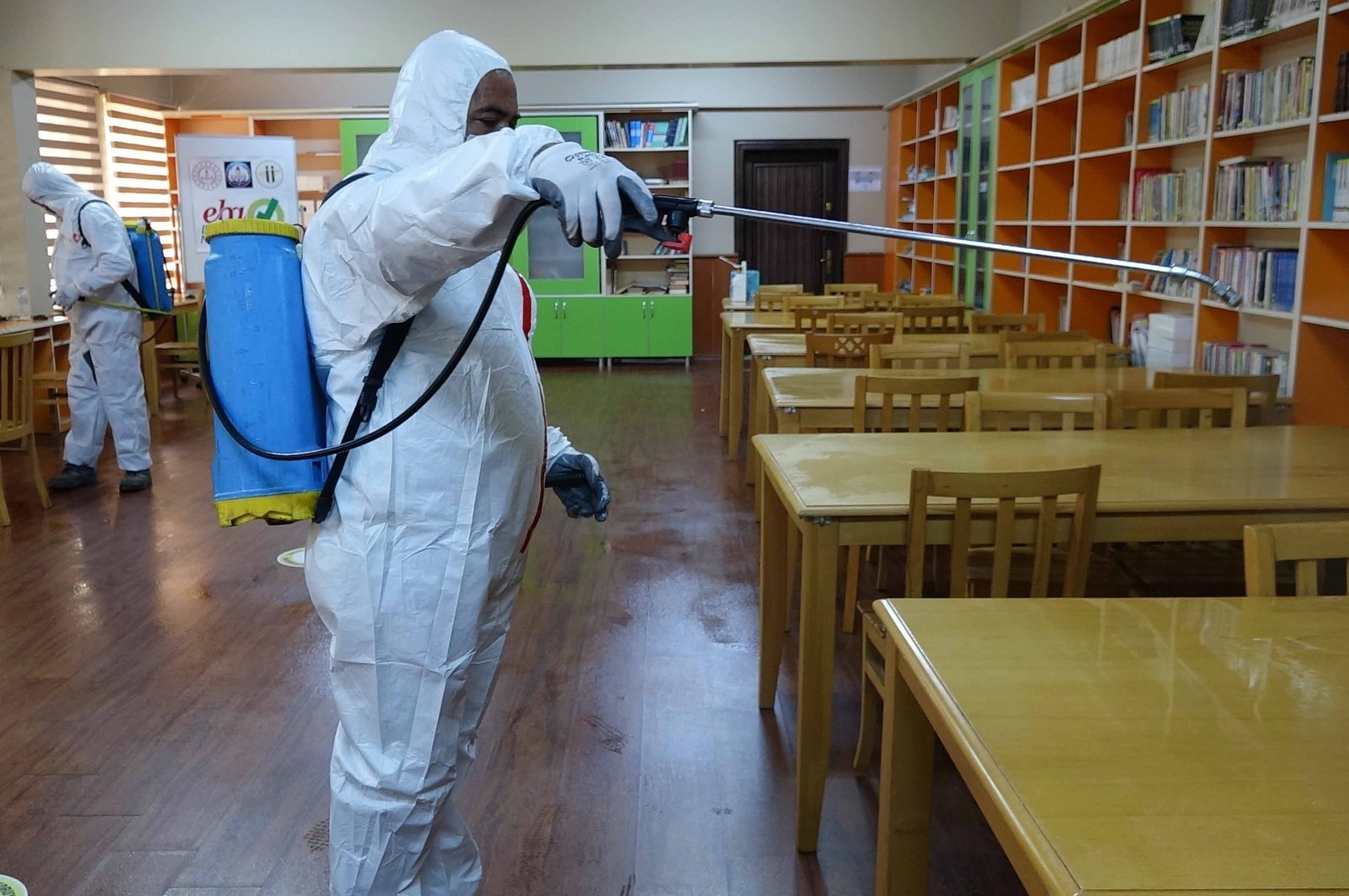 The Interior Ministry announced on Tuesday that wearing masks is now mandatory across Turkey and everywhere except residences. A new set of measures announced by the ministry came after President Recep Tayyip Erdoğan announced that Turkey would take new measures to stem the spread of the coronavirus on Monday.

Erdoğan has announced that mass transit vehicles would not be allowed to have standing passengers. The Interior Ministry's new instructions allow only rail systems like metro and metro buses to admit standing passengers but in a limited capacity, to be decided by the pandemic boards in each province. The number of passengers admitted to buses and minibusses must allow for social distancing under the new rules.

Other coronavirus-related restrictions may be reapplied in provinces with a high number of cases, Erdoğan had said earlier, following an over four-hour Cabinet meeting at the Presidential Complex in the capital Ankara. Restaurants and cafes will also be subject to stricter inspections, he said.

In regard to the new school year, Erdoğan said both distance learning and in-person education would be used, taking into account the conditions of the outbreak. He said school reopenings would begin with preschool and first-grade students, in accordance with the preferences of individual families.

Touching on the economic impact of the pandemic, Erdoğan said: "Although we experienced a contraction as expected in the second quarter of the year, it is a fact that we are better off than many states in the world, including developed countries. All data indicates that we will experience a strong recovery in the third quarter."

He said that Turkey has welcomed more than 10 million tourists so far this year and aims to accommodate even more before the end of 2020.

Erdoğan said the recent discovery of natural gas found in the Sakarya Gas Field in the Black Sea was the second-largest energy discovery in the world this year and is equivalent to 1.9 billion barrels of oil. "It is also among a few reserves in the world in terms of the quality of the gas," he noted.

Turkey on Monday recorded 1,703 new COVID-19 cases and 57 deaths. The data released by the Health Ministry showed that 1,118 patients in Turkey are in critical condition, while 1,047 people recovered from the virus in the past 24 hours. Nearly 104,000 COVID-19 tests were conducted across the country from Sunday to Monday.

"Our city with the most daily sicknesses is Ankara," Health Minister Fahrettin Koca wrote on Twitter on Monday evening.

"The number of patients in critical condition continues to rise," he added, reiterating that the outbreak can only be controlled if the public follows the measures together.

Turkey has seen a rise in COVID-19 cases in recent weeks, what Koca has called a second peak in the first wave of the outbreak.

Across the world, COVID-19 has claimed nearly 890,000 lives in 188 countries and regions since December. The United States, Brazil, India and Russia are currently the worst-hit countries.

Over 27 million COVID-19 cases have been reported worldwide, according to figures compiled by Johns Hopkins University in the U.S.