Turkey manages to bring fatalities down despite high virulence 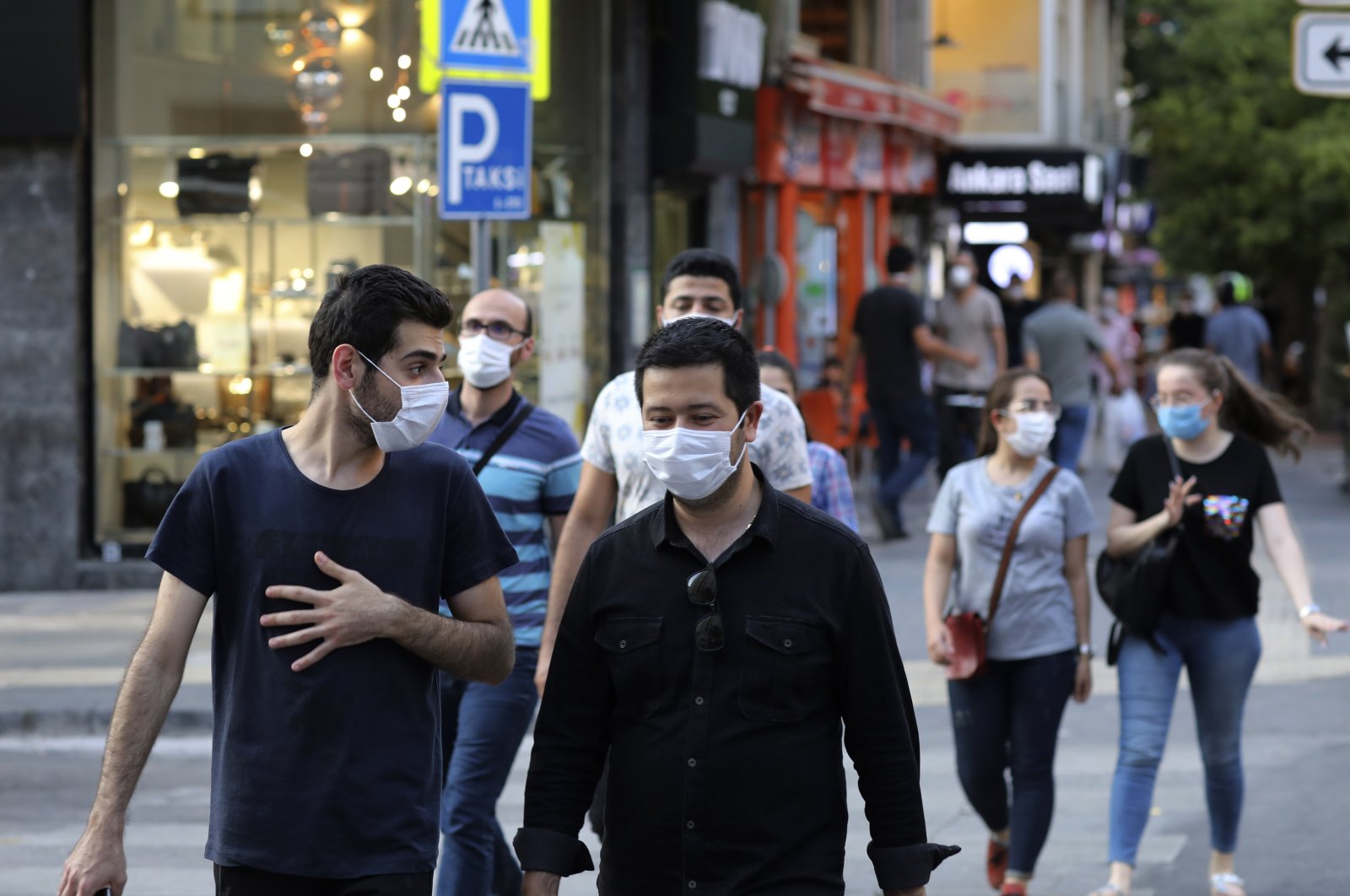 Turkey's daily death toll has remained below 20 since July 16 as the coronavirus outbreak follows a somewhat uniform trend in the country. The number of new daily cases also hovers around the 1,000 mark. This is good news for the public but also gives false hope, according to authorities who are determined to maintain the measures, which have been successful in restraining the pandemic.

Experts urge people not to believe unproven reports that the virus has mutated and will not affect the human body. Associate professor Sema Turan, a member of the Health Ministry's Coronavirus Scientific Advisory Board, says the virus' severity in patients did not change since it first emerged in Turkey in March.

"We still see what a dramatic and bad state the patients found themselves in, in intensive care units, struggling to breathe properly," Turan says.

Some 1,040 patients recovered in the same period, Koca said on his Twitter account, adding that there are still 580 patients in intensive care units.

A total of 220,546 patients have recovered in the country since the first case was announced. The total number of coronavirus cases in the country reached 237,265 with this latest update while a total of 5,798 people have died from the virus so far.

Turan told Demirören News Agency (DHA) on Friday that the pandemic is "not over yet," adding that they repeatedly warn the public to be cautious and not to relax self-imposed measures like wearing protective masks and adhering to social distancing. "More compliance with measures means fewer cases. Not wearing masks and getting too close to each other especially in crowded places in the summer contribute to case trends. This is not something peculiar to Turkey but to the whole world. The pandemic prevails in the world, and we are seeing a rising number of cases elsewhere. Current numbers are not something unexpected," she said.

She pointed out several studies conducted in other countries on the virulence of COVID-19 and the rates have not changed. "Severity is still here. People should not forget it," she warned.

Meanwhile, the Interior Ministry announced Friday that a total of 54,053 people were in quarantine. The ministry said in a statement that as of Friday, 83 locations were placed under quarantine over COVID-19 cases, from villages to neighborhoods. Since the outbreak began, quarantine measures were implemented in 788 locations, and more than 623,000 people were placed under quarantine. Quarantined places are closed to entries and exits, and security forces cater to the needs of people in restricted areas. Provincial pandemic boards decide on quarantine for each location based on the number of cases.

The Turkish coast guard also has inspected 537 vessels in the Aegean Sea as part of the country's precautions against the coronavirus, according to security sources.

Teams started the virus checks in the northwestern province of Çanakkale, covering the country's west coast until Fethiye district, Muğla province, a major tourist hub hundreds of kilometers south, according to data from the regional Aegean Sea command.

As part of the effort, 34 coast guard vessels, 16 land vehicles and 342 personnel were deployed for the virus checks.

Approaching all vacation vessels in the area, coast guard officials checked whether holiday-goers and crew were complying with the precautions.

Informing at least 15,000 tourists about the virus measures in Turkey, authorities also made announcements on the beaches in the region about COVID-19.

Favipiravir in the works

Favipiravir is regarded as an effective drug in the treatment of COVID-19. A university in northwestern Turkey joined efforts to produce it locally. Gebze Technical University in the northwestern province of Kocaeli announced on Friday that they would soon present work for local production to its project partner, Ministry of National Defense.

Professor Ramazan Altundaş from the university said they were working for "a more economic, environment-friendly, industrial production of favipiravir.” "We aim to present it for use both in Turkey and in the world once the work for local production is wrapped up," he added.

Last month, a pharmaceuticals company endorsed by the government started manufacturing domestically developed synthesis of favipiravir, in a bid to curb reliance on imports of the drug from China.

Favipiravir, also known as Avigan, has been found to be effective in both reducing the duration of the coronavirus in patients and improving the condition of their lungs, its main point of attack.

According to the Ministry of Health, favipiravir brought from China is being used under a unique protocol in Turkey. Turkish doctors have discovered that early intubation extends the length of the disease while administering high-flow oxygen leads to more successful and faster treatment.