Turkey mobilizes for possible ‘big one’ in Istanbul 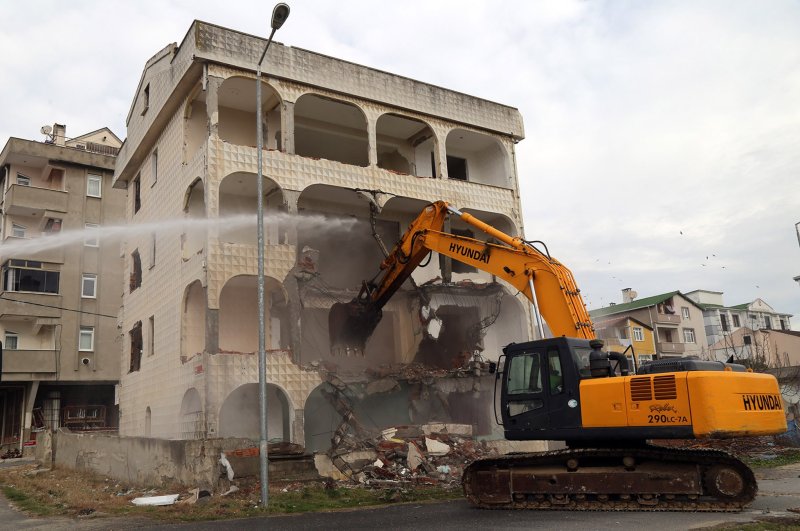 With concerns running high that a potentially enormous earthquake could strike Istanbul at any time, Turkey has prepared a “big plan” to respond, the country’s interior minister announced Thursday

For many experts, it is only a question of time when an earthquake of large magnitude will hit Istanbul, Turkey’s most populated city. As a succession of earthquakes rocked western and eastern Turkey recently, Istanbul, which was shaken by a 5.8 magnitude earthquake last September, is on tenterhooks.

Turkey has suffered devastating earthquakes in the past, including one near Istanbul in 1999 that killed more than 17,000 people in the greater region. The country is among the world's most seismically active zones as it is situated on several active fault lines, with the most potentially devastating one being the Northern Anatolia Fault (NAF), the meeting point of the Anatolian and Eurasian tectonic plates.

September’s earthquake sparked concerns that it was a harbinger of “the big one” countless seismology experts have warned of over the years. Experts say all the forecasts and movements of the fault lines point to an inevitable earthquake which would be at least a magnitude of 7.0, but no technology exists to predict its time and epicenter. Still, areas near the coasts of the city remain most vulnerable to earthquakes due to active fault lines traversing the Sea of Marmara.

Soylu did not elaborate on the plan but said they were tackling the basic issues like how to manage traffic in the city, which has a high number of vehicles, and looking to draw upon the experience of other cities where major earthquakes occurred in the past.

Urban transformation, an ambitious project by the government to demolish old, decrepit buildings and replace them with sturdy new ones resistant to strong earthquakes, is one step to reduce earthquake damage. Minister of Environment and Urbanization Murat Kurum said Istanbul has 7,700 buildings that need to be demolished, including 228 buildings heavily damaged in the latest earthquake in September.

The last time the section of the fault south of Istanbul produced a major earthquake was May 22, 1766, causing great damage to the city and killing thousands. To the west, the Ganos fault located some 20 kilometers (12.4 miles) south of Tekirdağ province on the seabed produced a magnitude 7.4 earthquake in 1912. To the east, the last major earthquake produced by the fault was more recent. More than 17,000 people were killed and over 43,000 were injured when a magnitude 7.4 quake rocked the Marmara region for 37 seconds in the early hours of Aug. 17, 1999, with its epicenter located in Gölcük province, some 75 kilometers (46.6 miles) southeast of the Bosporus. Three months later, on Nov. 12, 1999, 845 people were killed and nearly 5,000 injured when a magnitude 7.0 earthquake hit Düzce province, about 120 kilometers (74.6 miles) northeast of Gölcük.

Experts point to four different scenarios on an unbroken fault line of about 174 kilometers (46 miles) across the Sea of Marmara, including a partial crack and cracks in different sections at the same time.

The 1999 earthquake led to a massive overhaul of the country’s disaster response and measures against earthquakes. To this day, Turkey still strives to keep risky areas safe against earthquakes with varying degrees of success. "Learn to live with earthquakes" was the motto of public campaigns following the 1999 disaster that taught millions of citizens how to act in case of a temblor, safer evacuation methods, etc. The Disaster and Emergency Management Presidency (AFAD), founded about one decade after the earthquake to ensure better responses to earthquakes and other large-scale disasters, spearheads the efforts to teach the public how to be prepared against the quakes. Turkey also introduced compulsory earthquake insurance commonly known as DASK (Natural Disaster Insurance Agency) following the 1999 disaster, and today, 52% of houses have insurance that has paid TL 190 million to people who have suffered due to earthquake damage since the agency's inception in 2000. Turkey has also implemented regulations for mandatory reinforcement of undamaged buildings against earthquakes.