Turkey opens airspace amid lockdown to save Italian toddler’s life 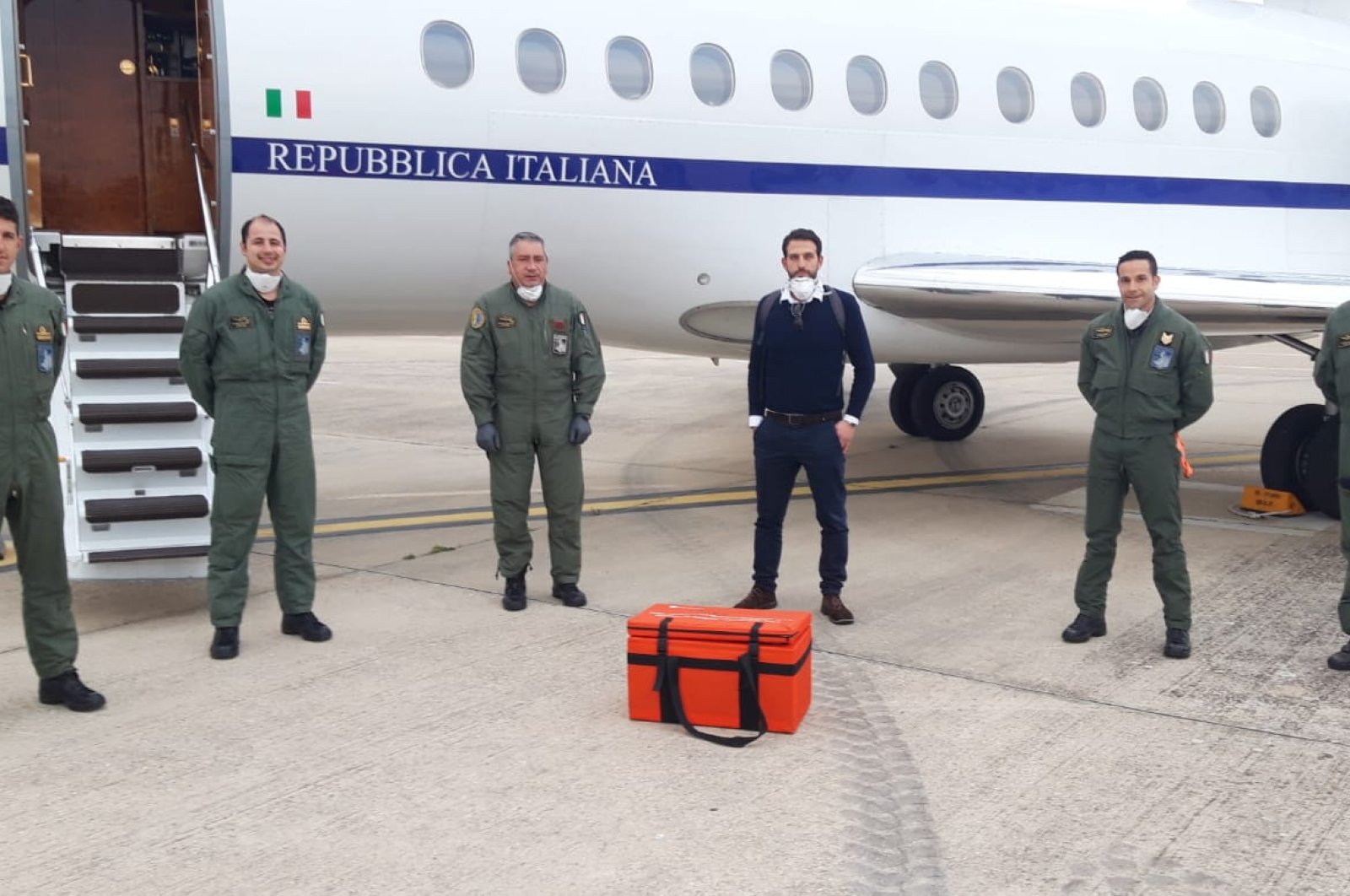 Amid the closure of Turkish airspace due to the coronavirus outbreak, Ankara decided to make an exception for a private jet to land in Istanbul’s Atatürk Airport as the aircraft was on a special mission: saving a toddler’s life.

On March 14, Dr. Massimo Cardillo, the head of Italy's National Transplant Center, sent an email asking Turkish authorities for help with an ailing toddler, according to Turkish health care sources.

The email said that after a comprehensive search of international donor banks, the compatible donor for the toddler awaiting a stem cell transplant was found in Turkey, said the sources, who asked not to be named due to restrictions on speaking to the media.

Although by that time Turkey had closed its airspace due to the COVID-19 threat, Turkey's Health Ministry and Foreign Ministry made a special exception in this rule to save the toddler's life.

The compatible donor was found and provided by Turkey's Stem Cell Coordination Center.

On March 31, the jet belonging to the Italian Air Force took off from Rome and was granted permission to land at Atatürk Airport.

After preparing a designated sterile room and testing the Italian doctor for COVID-19, who tested negative, the stem cells were then delivered to the Italian team by Turkish doctors.

The Italian team took the cells to Rome without incident and delivered them to the hospital for transplantation to the toddler.

"I extend my thanks to the donor, the main hero of the event. We're grateful to both Turkey and the donor," he said.

Due to the coronavirus pandemic, which has killed tens of thousands of people worldwide since emerging last December, many countries, including Turkey, have closed their airspace to both international and domestic flights.