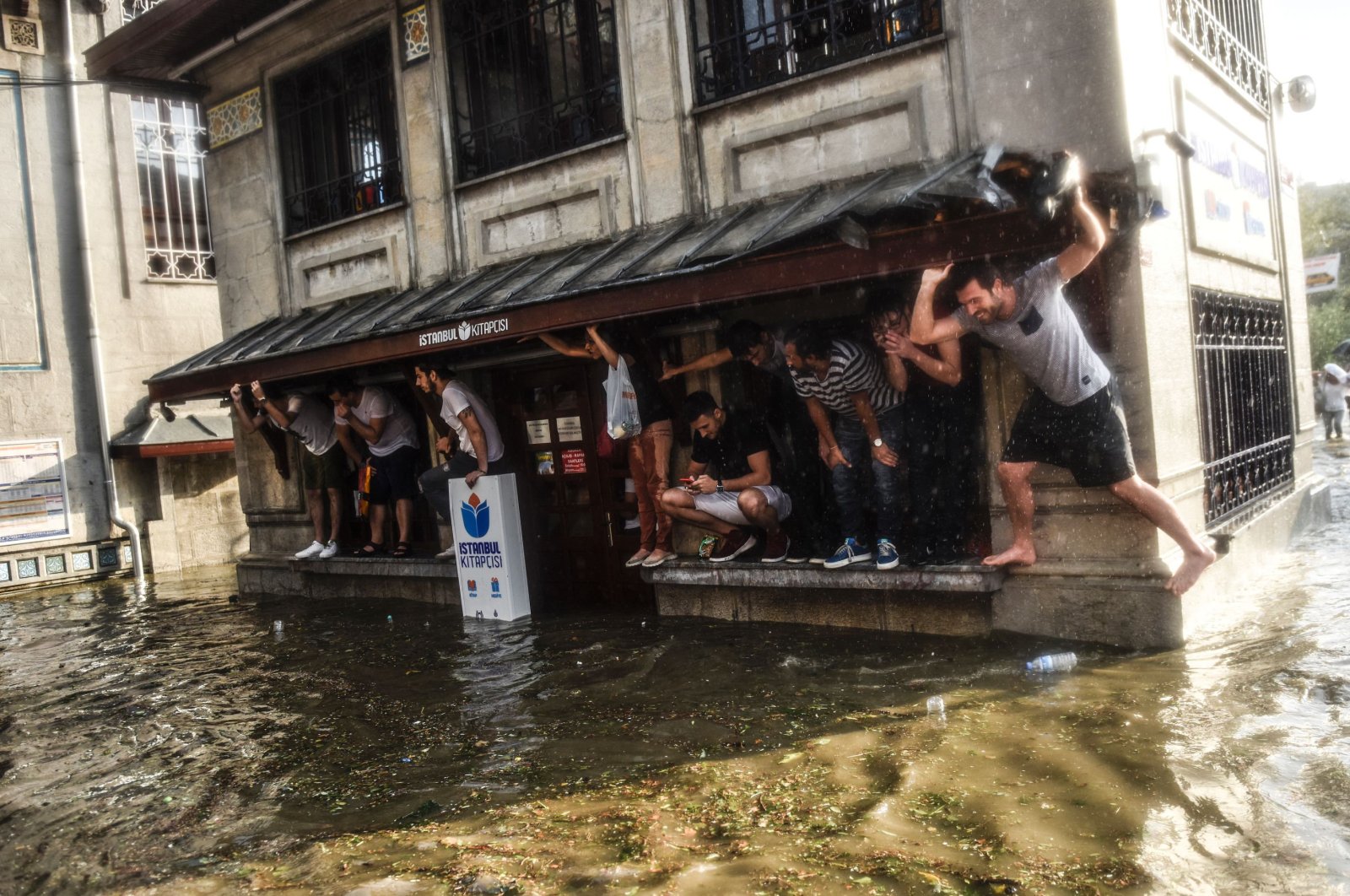 Pedestrians take shelter by perching on a building ledge during a heavy downpour of rain and hail in Beşiktaş, Istanbul, Turkey, July 27, 2017. (AFP Photo)
by Anadolu Agency Jul 06, 2020 3:43 pm

A record 936 meteorologically induced disasters took place in Turkey in 2019 – the highest number of meteorological disasters since the Turkish General Directorate of Meteorology's records began in 1940.

According to the latest report by the directorate, heavy rainfall and flooding were the most frequent meteorological disasters in Turkey last year, with 332 reported incidents. Storms followed with 257 instances in 2019.

Flooding and storms were observed in almost all regions of the country. These two disasters were followed by hail, which occurred 167 times last year – most frequently in Mersin, Ordu, Eskişehir, Karabük, Antalya, Burdur and Kastamonu provinces.

Meteorological disasters were recorded mostly in the summer and the winter. June was the month in which most disasters occurred. While floods and hail were mostly seen in June, the most storms occurred in January. The most lightning-related disasters, on the other hand, occurred in June and September.

Antalya, Mersin, Balıkesir, Ordu and Muğla provinces suffered the most metereological disasters in 2019.