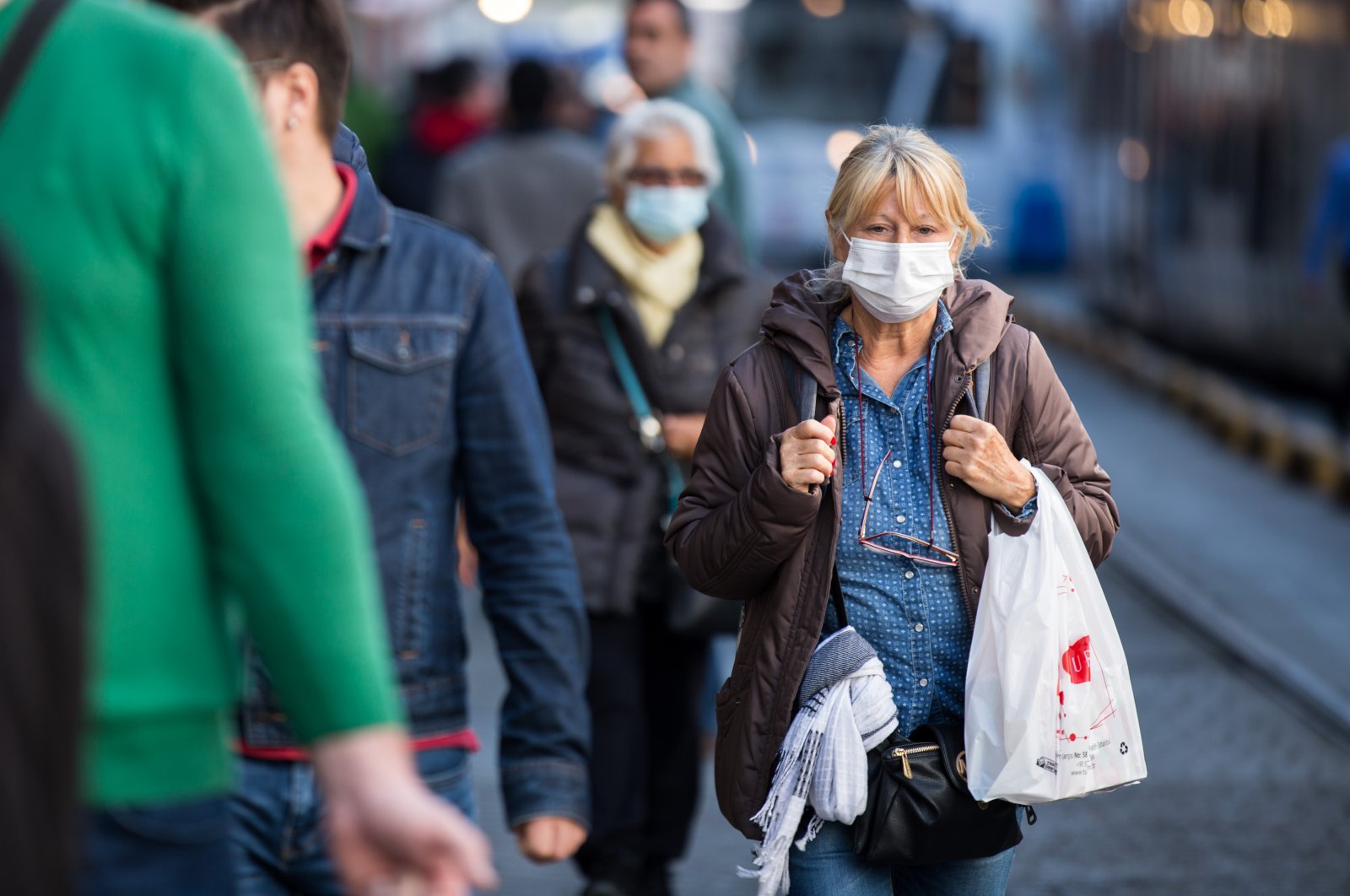 Turkey on Tuesday confirmed its first coronavirus case, reporting that the afflicted person was a Turkish male who had been immediately put into isolation in a specially designated hospital unit.

Health Minister Fahrettin Koca said in a news conference late Tuesday that the person contracted the virus while traveling to Europe. He also urged Turkish citizens against traveling abroad and asked those returning to administer self-quarantine for 14 days. The family members of the patient were also under observation, Koca said.

The minister urged people not to be alarmed by the diagnosis, saying the country had still steered clear of an outbreak. “The coronavirus is not strong enough to break through the measures taken by Turkey,” he added. He asked the public to take precautions against the virus in the coming months.

He said Turkey had succeeded so far in the fight against the outbreak, though the virus was spreading fast globally.

"Unfortunately, it is impossible to prevent some consequences no matter how strict the measures you have taken are in a world where people are on the move, any time, from one country to another. If we cut off all our links to other countries entirely, I wouldn't be here, announcing this case," he said, stressing that the first Turkish patient of coronavirus had been "diagnosed early" and that any impact he might have had would be very limited.

The global death toll from the coronavirus is now over 4,000, with nearly 114,000 confirmed cases. The virus originated in China but has since reached over 100 countries, with the World Health Organization (WHO) saying Monday that the "threat of a pandemic has become very real." As part of efforts to contain the outbreak, some governments have closed borders and suspended land and air travel with the worst-affected countries.

Passenger and freight train services between Turkey and Iran have been suspended since last month.

In another news conference Wednesday in the capital Ankara where he was flanked by Trade Minister Ruhsar Pekcan and Culture and Tourism Minister Mehmet Nuri Ersoy, Koca reiterated his earlier remarks on the “global problem, national struggle.” “The risk is serious. The positive case confirmed our concerns about Europe,” he said, referring to his previous statements on the “slow response by Europe against the coronavirus. What we have to do now is rearrange our daily lives. The risk is concrete and measures are simple,” he said.

President Recep Tayyip Erdoğan on Wednesday called on the public to heed the advice and instructions of health authorities. Addressing his Justice and Development (AK Party) parliamentary group meeting, Erdoğan said they had taken timely measures against the virus but full protection was not possible for “a virus that spreads so fast.” He said protection measures would remain in place and that he would preside over a meeting of the government on Thursday to discuss the matter. Erdoğan noted that cleanliness was of the utmost importance for protection and advised “greeting people from afar” instead of engaging in handshakes. “Turkey will overcome this challenge without any losses,” Erdoğan assured the public, but urged elderly citizens and people with health problems to stay away from crowded places “for a while.”

Erdoğan also adopted a new greeting, putting his hand on his chest, in the fashion of a traditional Turkish greeting. The president also had a cameraman on Wednesday with a thermal camera with which he checked people Erdoğan met before and after the parliamentary group meeting.

Following Koca’s announcement of the first coronavirus case, more people have been seen wearing masks in crowded areas. In Istanbul, passenger buses were full of people wearing masks during the morning rush hour Wednesday, while commuters rushed to hand sanitizers installed at stations of the metrobus, one of the most popular means of mass transit in Turkey’s most crowded city. Similarly, pharmacists have seen a rise in the number of customers seeking to purchase masks, wet wipes and hand sanitizers. Some privately run universities also announced the launch of online classes while schools remain open elsewhere. Several institutions, like Constitutional Court, postponed trips abroad for its members. Some events, like an awards ceremony by the Presidency of Religious Affairs which was expected to be attended by President Erdoğan, were postponed to April.

The Health Ministry laid out a set of measures citizens should take to combat the risk of infection. Measures shared on the ministry’s social media accounts include advising those returning from countries with reported virus cases within the last 14 days to “not leave home for 14 days, even if you don’t have symptoms like fever, cough or respiratory problems." Returnees who have to leave home are advised to wear medical masks and avoid mass transit vehicles. “Do not admit guests into your home and stay in a room separate from others in your household. Ventilate your room frequently and wear a mask in shared spaces in your home. Use a separate bathroom if possible,” the ministry recommends returnees. They have also been advised to wash their hands frequently and use a hand sanitizer containing alcohol.

Professor Alpay Azap, a member of the Coronavirus Scientific Advisory Board set up by the Health Ministry, stressed the importance of hygiene. Speaking to İhlas News Agency (İHA) on Wednesday, Azap said the virus bore similarities to influenza viruses and, like them, would affect the entire world. Azap said he did not expect the development of a vaccine to come any time soon, despite more than 30 studies into such a development having been embarked on across various countries.

“That said, the most efficient way for protection is keeping our hands clean, to attach importance to hand hygiene. We recommend only water and soap. You don’t need to use any special antibacterial soap or detergents. You just need to wash your hands with soap for 20 seconds and rub them well. If water or soap is not available, you should use solutions containing more than 60% alcohol to rub your hands,” he said. Azap also called on the public to avoid the habit of touching their faces as coronavirus is mostly transmitted with hands. “We also have to keep our distance from others, 1 meter away at least,” he added.

He also pointed out a common misconception regarding the wearing of masks. “Healthy people should not wear masks. Masks are meant to be worn by people with illnesses, to protect others from them,” he said.

“Another means of protection is proper nutrition. Strong immunity is vital for protection against all types of infections. Maintaining your body’s immunity is possible through regular physical exercises, a proper night's sleep and a balanced diet. You have to balance your intake of carbohydrates, protein and oil and consume vegetables and fruits every day,” he said.

Turkey is also engaged in a fight against fake news and hoaxes aiming to spread panic across the country with stories of “covered-up” coronavirus cases. Authorities have launched investigations into the users of 29 social media accounts publishing fake videos and audio allegedly from coronavirus patients who have “hidden from the public.” Police have called upon citizens not to heed untrue posts on social media and to instead follow the statements issued by public officials.